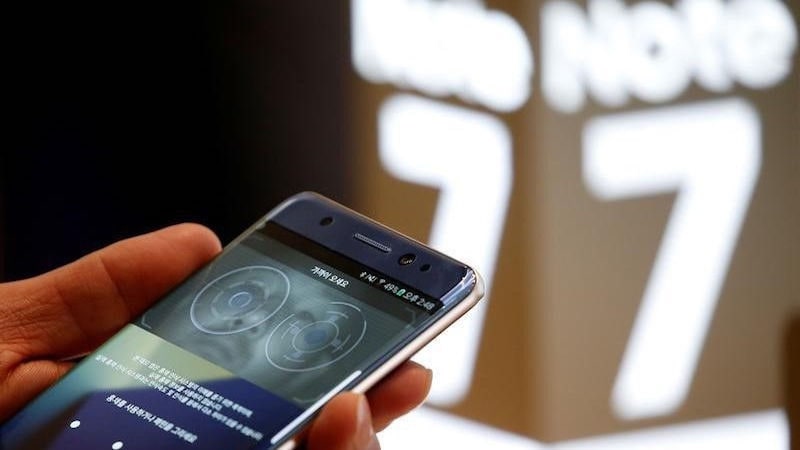 Samsung had a lot of new products on offer during its CES technology show news conference Wednesday. But the first item on the agenda? Eating crow.

The firm opened its turn in the spotlight at the tech show by acknowledging that having to stop making one of its flagship smartphones and deal with explosive washing machines were not ideal for the firm.

"This year was a challenging year for Samsung," said Tim Baxter, president of Samsung Electronics America. "We continue our intensive efforts internally and with third-party experts to understand what happened and to make sure it doesn't happen again."

Baxter said the company will release information about the root cause of its exploding battery issue "very soon."

Samsung executives then quickly moved on to introducing a variety of new products including sleek "QLED" TVs that promise better color fidelity and wider viewing angles; a pair of Chromebooks that can run Android apps; a smart, voice-controlled refrigerator; and a washer and dryer that lets users run four loads of laundry at once.

Running through the background of the entire keynote, however, was a note of contrition - or at least something like it.

"We are recommitting to our customers in 2017," Baxter said, revealing that a new company motto that promises Samsung will be "reaching higher" for its users.

It's still not clear how Samsung's woes may have affected its reputation with consumers. Data and app-tracking company Flurry Analytics suggested that Samsung held steady in holiday sales as compared to last year, but did not see a significant bump as one may have expected from a popular smartphone launch.

While not directly referencing Samsung's recall, other electronics manufacturers have taken pains to highlight their own testing protocols in their news conferences at this year's show. For example, Chinese smartphone manufacturer Huawei took a few minutes to outline its extensive testing procedures as its launched its Honor 6X smartphone Tuesday - a topic not usually discussed in the glitz and glamour of a product launch.