Samsung Quietly Prepping for Change of Style, Rather Than Strategy

Samsung Group a sprawling corporation of dozens of affiliates including Samsung Electronics, has not announced any formal succession planning, but last week said Lee, 46, will take over as chairman of two Samsung foundations from patriarch Lee Kun-hee, 73, who remains hospitalized after a heart attack a year ago.

A flurry of non-core asset sales, company listings and organisational moves suggests the younger Lee, vice chairman of Samsung Electronics, is quietly readying Samsung for his brand of steely pragmatism in contrast to his father's more charismatic leadership.

"He doesn't want to be in the limelight just yet, with the chairman still alive. But he's been very clear that he wants to be evaluated through performance and ensure Samsung keeps growing," said a senior Samsung executive, who didn't want to be named as he's not authorized to talk to the media.

"That's why he's been focusing on businesses he thinks Samsung can run successfully, and selling assets such as defence and chemicals. It was quite a decisive move."

While the timing of a leadership transfer is not yet set, and will effectively be Lee's decision to make, few expect any major shift in strategy, though his management style may change the way things are done at the group.

"I think vice chairman Lee has it in his mind, but he doesn't want to rush and do something that might undermine his father's achievements or may be seen as disrespectful. He's weighing a right moment," said the executive.

As some investors question Samsung's long-term growth prospects, with smartphone profits and margins tumbling from 2013 highs and new businesses not yet proving to be future growth drivers, Lee is taking a multi-pronged approach to keeping the smartphone business growing. 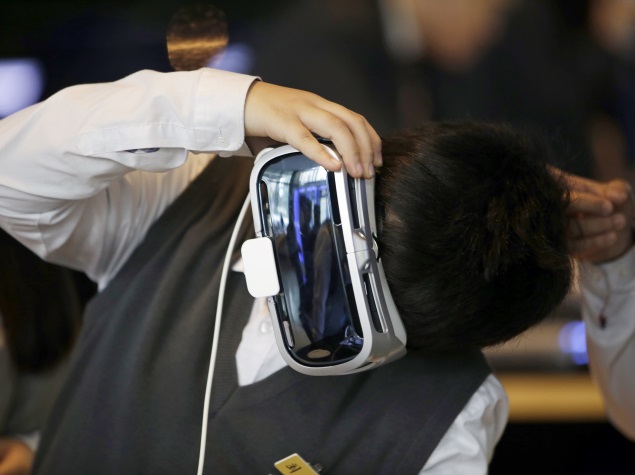 "With the high-end smartphone market near saturation, the vice chairman's focus is on how to keep making healthy profits and extend its life cycle. He's thinking synergies with the component business and also convergence with wearables, the 'Internet of things' and virtual reality," the Samsung executive said.

Client comes first
He may be portrayed as less authoritative than his father, Samsung's second-generation leader credited with forging Samsung Electronics into a world smartphone, TV and chip leader, but Lee has not shied from laying down the law.

"There's now a group-wide instruction for employees to never answer their phones, and to not even look at them, during client meetings," said a second Samsung individual familiar with the issue. "The person behind that is vice chairman (Lee) ... he is emphasizing that the client is more important. That's the kind of thought process he has."

Lee is likely to be a more down-to-earth version of his father, insiders say, and won't demand the kind of attention Lee senior did - such as having a handful of senior executives come to meet him at the airport on his return from overseas trips.

"Vice chairman Lee specifically said such practices should end. He seems to believe they are unnecessary," said the second individual.

The younger Lee has rejected Korean media's portrayal of him as a man of detail, in contrast to his father's more visionary style. "He hates such comparisons. Chairman Lee also paid close attention to detail when he first took charge, and his focus later switched to long-term strategy after he made the changes he wanted to introduce," said the Samsung executive.

"The vice chairman thinks this is disrespectful. He just wants to be a successful businessman like his father and is trying hard to learn from him."

One departure from previous practice has seen Lee put more Samsung companies under greater public scrutiny through stock market listings - partly to make the group nimbler, and partly to build up cash for a likely $6 billion inheritance tax bill on Lee senior's assets.

"Vice chairman Lee has a certain stake level he has in mind for when he becomes chairman. It's around 49 percent," said a third person, familiar with Lee's thinking.

"He knows he can't exercise the same level of control as his father or grandfather. But the reason why it's below 50 percent is that he wants to win over other people such as managers, clients and shareholders, rather than doing things his own way."

As Lee waits in the wings, Choi Gee-sung, a lieutenant of Lee senior and one of Samsung's 'old guard', is among those minding the store.

"The overall atmosphere (at Samsung) has always been uptight with many executives coming in to work by six in the morning. I don't see that changing any time soon," said the second Samsung insider.

Samsung Quietly Prepping for Change of Style, Rather Than Strategy
Comment