Smartphone photography pretty much hit a peak last year with the Samsung Galaxy S7 (Review) and the Google Pixel (Review) ruling the roost. We’re still only a few pages into in to this calendar year and so far, the flagships that we’ve seen from Samsung and LG have been incremental upgrades over their predecessors when it comes to the cameras.

Many may argue that paying over Rs. 40,000 for a phone today is a silly endeavour and that’s partly true. For general use - the basic use of messaging apps and telephony, sharing pictures on social platforms, with a day-long battery life – one can get all of this from smartphones that cost less than half the price. But, if you want that extra bit of refinement in design, display, and more importantly, the camera, then you’ll need to shell out the big bucks.

We’ve rounded up four phones that we feel have some of the best cameras in the market and have pitted them together for the ultimate camera shootout. These are the Samsung Galaxy S8 (Review), LG G6, Google Pixel and the Apple iPhone 7 Plus (Review).

Here, we’ll be focusing purely on the image quality under various lighting conditions, to see if we can single out one undisputed winner.

First, a quick breakdown of the main specifications of the different cameras:

Note: Some samples might have more objects in the frame while other might appear cropped. This is because of the different focal lengths of each smartphone camera. For comparing samples, we've taken multiple shots of the same scene from each camera and then picked the best for each test. For phones with dual cameras like the LG and iPhone, we've used the primary camera only for this test.

We began with a landscape shot in daylight where we checked for the usual suspects like chromatic aberration, barrel distortion, accuracy of colours, and level of detail. This shot also gave us a chance to see how the phones handle HDR. The focus was set on the library building. Thankfully, none of the phones had any issues with barrel distortion, and chromatic aberration was also well in check.

The Samsung Galaxy S8 wins this round as it pulls off the best details and colours compared to the rest. We're not too happy with the colour tone of the sky, which the LG G6 handles better, but overall, the Galaxy S8's photo is hard to beat. We love how the detail levels extend even to the buildings in the distance. The colours on the tree just before the library also look more natural compared to the rest, and you can almost make out the leaves when you zoom in all the way. 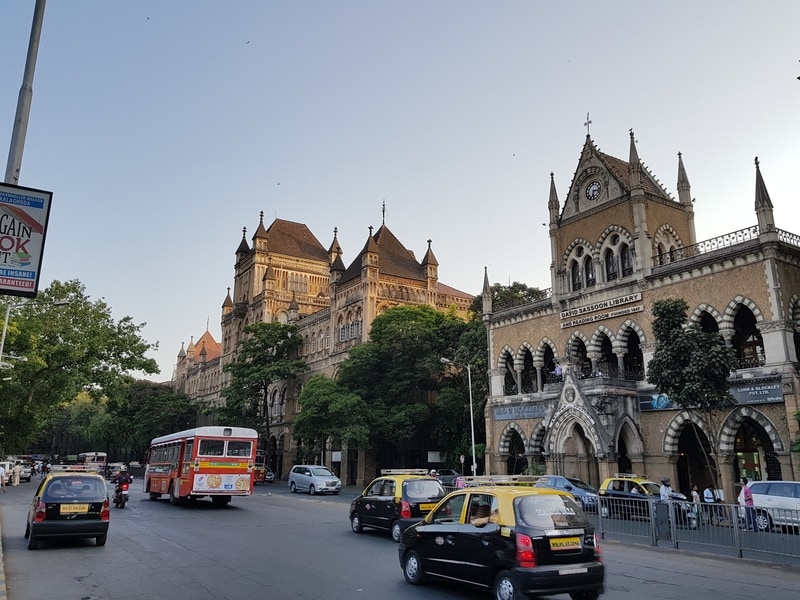 Coming in at close second place is the Google Pixel which does a very good job with details, and the foreground is better lit as compared to the LG G6. The latter manages a slightly better job at HDR as it retains the blueness of the sky much better though. Details are also impeccable here but areas in the foreground aren’t lit up as well with the LG G6, which is where the former two have an advantage. The iPhone 7 Plus handles details very well too but lacks warmth, due to which colours feel muted. It was also a bit temperamental when getting a good HDR shots as we got a usable one only after a couple of tries.

Our macro test lets us see how the cameras handle close up textures and also which one offers the best bokeh effect. We found the Pixel to offer the best performance in terms of colour accuracy and overall sharpness. It also has the smoothest bokeh effect of all and there’s no visible compression arifacts around the flower either, even at a 100 percent crop. 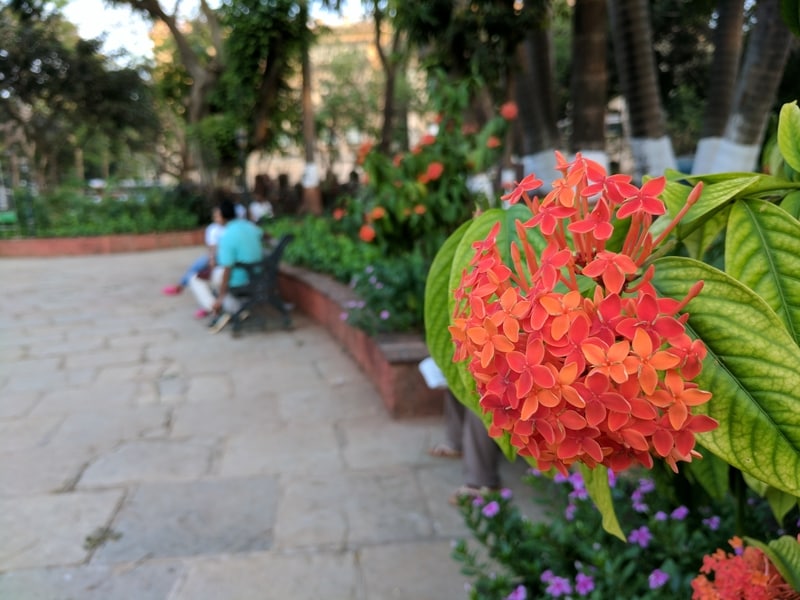 The LG G6 and the iPhone 7 Plus tend to boost the colours slightly, which does make for an attractive image but isn’t necessarily the most accurate. Also, with the LG G6, the edges around the petals and the bokeh in general exhibit lots of artifacting when you zoom in all the way. The S8 lags behind in this test as colours look too oversaturated, and are nothing close to the actual subject. It did fare better in other macro shots that we took but in this particular one, it couldn't get the colours right.

A large aperture really comes in handy in low-light conditions and here, the Galaxy S8 manages to inch ahead of the competition. It does overexpose the area below the clock slightly, but even with this, it has the best detail compared to the rest, especially if you see the statue on top of the dome (lit in blue). The LG G6 also puts on a good show here in terms of colours and detail, with a slightly warmer tone to the image. 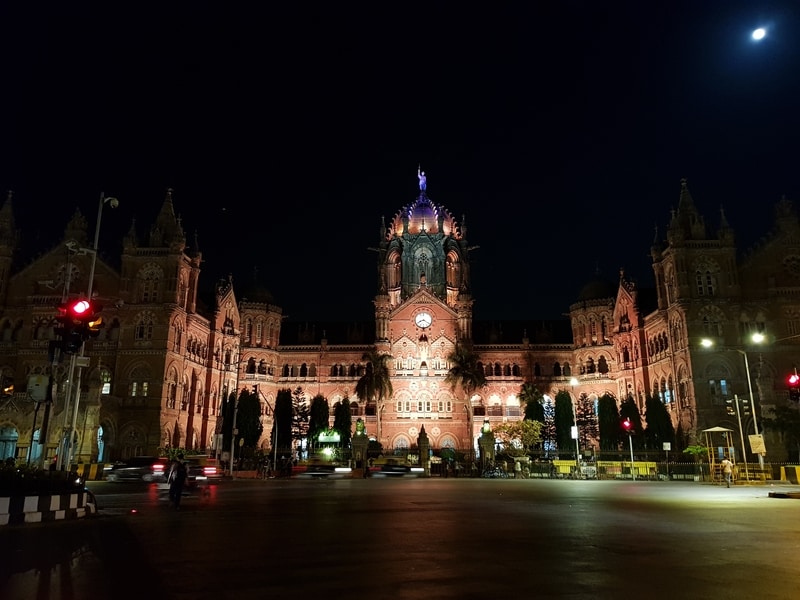 With just fluorescent lights illuminating the scene, the Pixel does the best job here. Details are sharp and leaves are well in focus. The light metering is also handled very well which gives us a pretty accurate representation of the scene. The greens aren’t too exaggerated and the colour tone is well balanced. The LG G6 takes the second spot here in terms of sharpness but it doesn’t have a very pleasing colour tone when compared to the Pixel. The Galaxy S8 has a slightly brighter looking image but it tends to boost the colours which muddies the details a bit. The sample from the iPhone 7 Plus pales in comparison to the rest, although it does get the details right.

For the selfie test, we took one set of pictures in daylight and at night to see which phone does a better all-round job. We really expected the Galaxy S8 to win here by a huge margin due to the large f/1.7 aperture for the front camera but to our surprise, the Google Pixel did a better job overall when it came to light metering and details. Granted, the colour temperature is on the cooler side so skin tones aren’t as warm as the iPhone 7 Plus or the Galaxy S8, but in terms of sheer sharpness and details, none of the others come close.

It also has a wider field of view compared to the others, so you automatically get more of the scene in the picture without having to resort to software tricks.The LG G6 performs alright but the images tend to lack sharpness. 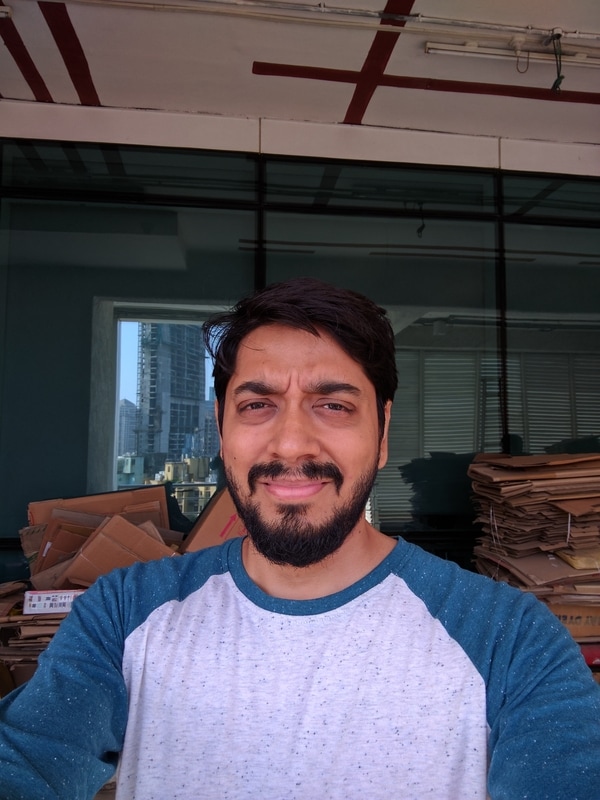 In low-light, the Google Pixel once again does a good job with light metering and giving you an evenly lit selfie. There’s a bit of noise in these images, which is to be expected, but if you’re picky about this then the iPhone 7 Plus and the Galaxy S8 do a much better job.

For the video test, we once again did a daytime and night time set for each phone, at 4K resolution. All the phones did a pretty good job at stabilising the video although the Pixel’s implementation appears a bit too mechanical when you move about. Here, the iPhone 7 Plus does the best job in when it comes to handling motion in the scene, and the colours are look a lot more natural. The OIS implementation is also the best as the motion is smooth when you move about, without unwanted jerks. Continuous autofocus also works well with all the phones. The LG G6 and the Galaxy S8 are tied second place here.

At night, 4K video from all phones has a lot of noise, but the iPhone 7 Plus is still at tolerable levels. Once again, the colours and bright lights don’t look exaggerated as is the case with the Galaxy S8 and LG G6. The Google Pixel has the maximum noise in low-light for 4K video and it can get a little choppy when you move about.

Verdict
With good cameras in all four phones, it's hard to go wrong with any pick. However, if you're basing your buying decision purely on the basis of the camera performance, then we'd have to pick the Google Pixel for having an edge over the rest. Despite not having a very attractive specifications list on paper, it can easily compete with the best of the best in the real world and in most cases, nudge out the competition. If you're primarily shooting stills then the Pixel manages near accurate colours, very good detail levels and a wide filed of view (for the front and back) compared to the rest. We didn't find it to be the best at 4K video, for which Apple's iPhone 7 Plus does a much better job.

The Samsung Galaxy S8 comes in at a close second place as a good all-rounder, however it can exaggerate colours quite a bit at times. This is handy for HDR shots but for other moments, it can cause your subjects to look a little unnatural. Low light performance is particularly good too as it captures very good details. The iPhone 7 Plus does a compelling job with stills too, with a very neutral colour tone for most shots. However, if you prefer a bit more punch in the colours then you might not be too happy with it. Finally, the LG G6 also puts on a good show in all the tests but fails to really stand out when compared to the rest. We weren't particularly impressed with its front camera either.

Let us know your thoughts via the comments.

Further reading: Samsung Galaxy S8 vs iPhone 7 Plus camera, Samsung S8 vs iPhone 7 vs LG G6 v Google Pixel, Samsung S8 vs LG G6 camera, Samsung S8 vs Google Pixel camera, flagship smartphone camera comparison, smartphone camera shootout
Roydon Cerejo Email Roydon
Roydon Cerejo writes about smartphones and laptops for Gadgets 360, out of Mumbai. He is the Deputy Editor (Reviews) at Gadgets 360. He has frequently written about the smartphone and PC industry and also has an interest in photography. With over a decade of experience covering the consumer technology space, he is also an avid sci-fi movie and TV show geek and is always up for good horror flick. Roydon is available at roydon@gadgets360.com, so please send in your leads and tips. More
Qualcomm India Head on New 600-Series Mobile Platforms, Machine Learning, and More
HTC U Play Price Slashed in India, Now Available on Amazon at Rs. 29,990