The latest two Samsung's high-end smartphones are supposed to be able to withstand submersion up to five feet for as long as 30 minutes. So you're in luck if you drop your phone in the drink - as long as you fish it out reasonably fast.

Samsung provided me with a review unit of the Galaxy S7, a 5.1-inch smartphone. Once I opened the box, I duly dropped the high-performance, expensive phone into my sink while doing the dishes. Apart from the mild palpitations I gave myself, there was no damage at all. The phone's touchscreen didn't work under water, but it continued on without a hiccup and was unharmed and still working perfectly when I pulled it out. It was just as impressively zippy as ever and no worse for wear.

Of course, there's more to this phone than its ability to withstand water. Overall, I'd also say that the design of the S7 is better than its direct predecessor, the Samsung Galaxy S6. The new phone feels a little stockier, likely due to its big battery. But its shape is also a little sleeker, thanks to engineering that's shaved some girth from the Galaxy line's unsightly camera bump. At any rate, I'm not worried about the camera getting caught on the lip of a pocket or the edge of a table - something that has happened with my S6. And, with its metal and glass construction, it feels like a high-end phone. It's also a little curvier than the Galaxy S6, more like the latest versions of the iPhone, which makes it fit a little better in your hand. 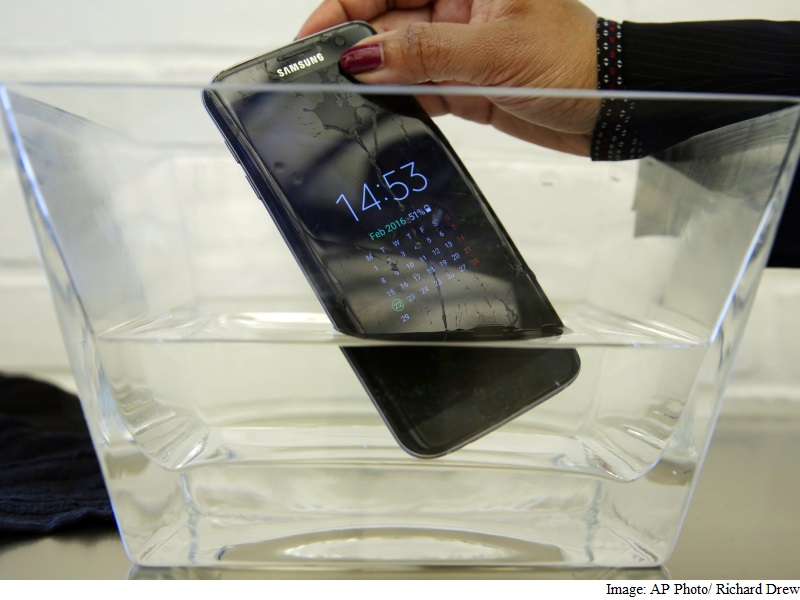 I have no complaints about performance, either. Even while playing games or watching video, the phone seemed to handle whatever I threw at it. Here are some features that have stood out about the S7 in my brief time with the phone:

Always-on screen: Samsung's screen can stay on all of the time and display basic information like the clock or a calendar. This may seem like a small feature, but it's a great one for folks like me who often use their phone as a desk clock throughout the day. It can't display notifications in this mode - for that, you go back to the traditional lock screen - but it's nice to be able to glance down and see something other than a black, dead screen. 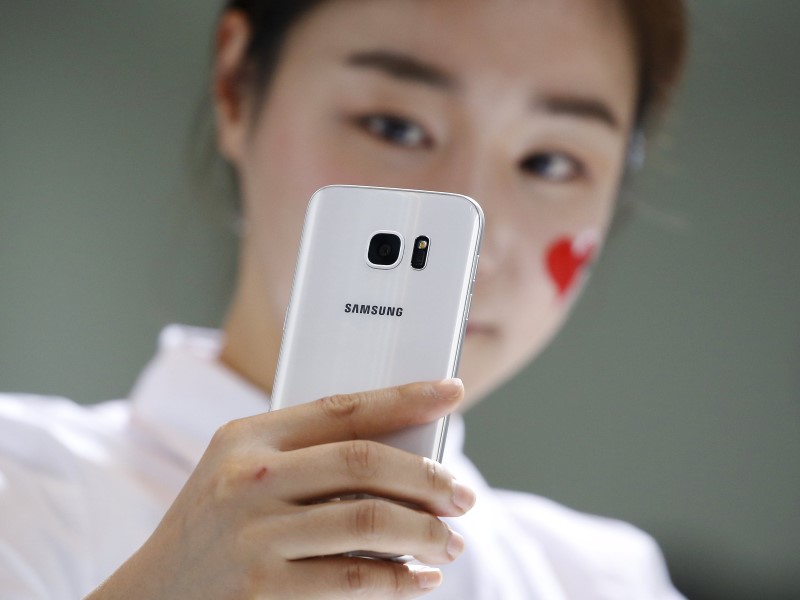 Battery life: While I haven't had the phone long enough to truly put it through its battery paces, it can easily make it through a day of normal use and then some without needing to be plugged in even with the always-on feature. The S7's battery, which is larger than its precessor's, should fit the needs of most people, and possibly exceed them. Even while testing the phone out, it still didn't need to be charged until late in the night - something I can't always say of the S6 or the iPhone 6s.

Camera: Samsung has been heavily touting the camera on its latest models, particularly their performance in low light. The camera is high-performance and is noticeably crisp with dark shots. Samsung has also added some extra modes to the camera, including one called "motion panorama," which lets you take a panoramic shot that will animate when you scroll over it - a feature similar to Apple's Live Photos. 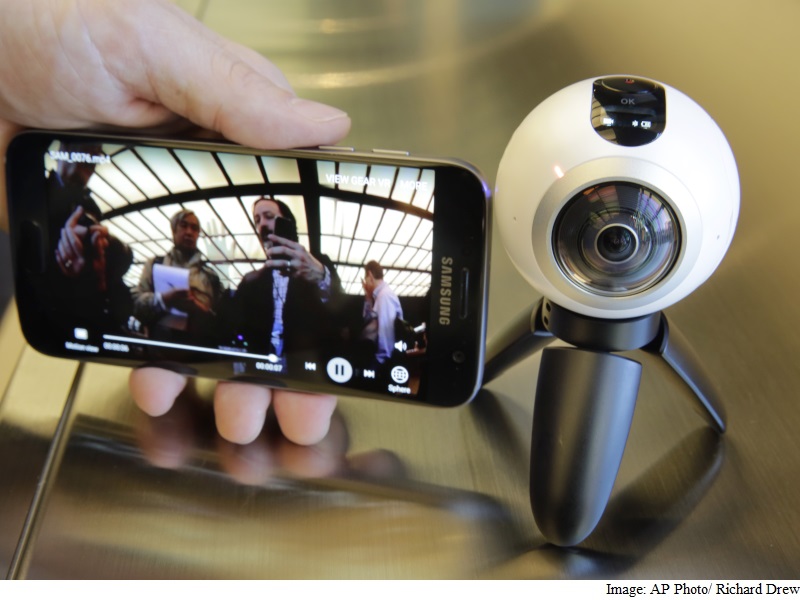 Expandable memory: One of the greatest returns to form from Samsung is the inclusion of expandable memory on its new devices, making it possible for users to add in their own SD card and supplement the 32GB or 64GB of storage that comes standard with the phone. With the quality of the pictures this phone takes, it's a welcome addition. However, the integration between the phone and SD card isn't quite as close as it has been on past models; if you want to move something to the SD card, you'll have to do that explicitly rather than just having the phone treat the card as part of its own storage.

Apps: No review of this phone would be complete without a short complaint on apps that come already installed on the device. Bloatware is a problem with all smartphones, and while there aren't quite as many pre-installed programs on this model as there have been in the past, Samsung has still loaded this phone with more apps than you probably want. There are still multiple e-mail apps and multiple music stores that you'll have to contend with, as well as apps that come from your carrier. (The Verizon model Samsung sent me has eight "Verizon" apps installed.) It doesn't affect the performance of the phone, but it is still kind of annoying.

Samsung has also released a higher-end version of the S7, called the Galaxy S7 Edge, which has a larger screen at 5.5-inches. That phone has the same curved screen edges as the Samsung Galaxy S6 Edge, along with the upgrades - water-resistance, expandable memory, etc. - Samsung brought to the Galaxy S7.

The Galaxy S7 and S7 Edge are available on all the major US carriers as well as at major retail outlets such as Best Buy and Target. The S7 has a $699 (roughly Rs. 47,000) suggested price tag, while the S7 Edge generally costs $100 (roughly Rs. 6,700) more. However, you should check with your carrier or retailer - many are offering deals and discounts from those prices.