Samsung Galaxy A31 is believed to be powered by core MediaTek Helio P65 SoC but Samsung has not confirmed the actual processor, whereas Galaxy A51 uses Exynos 9611 SoC. 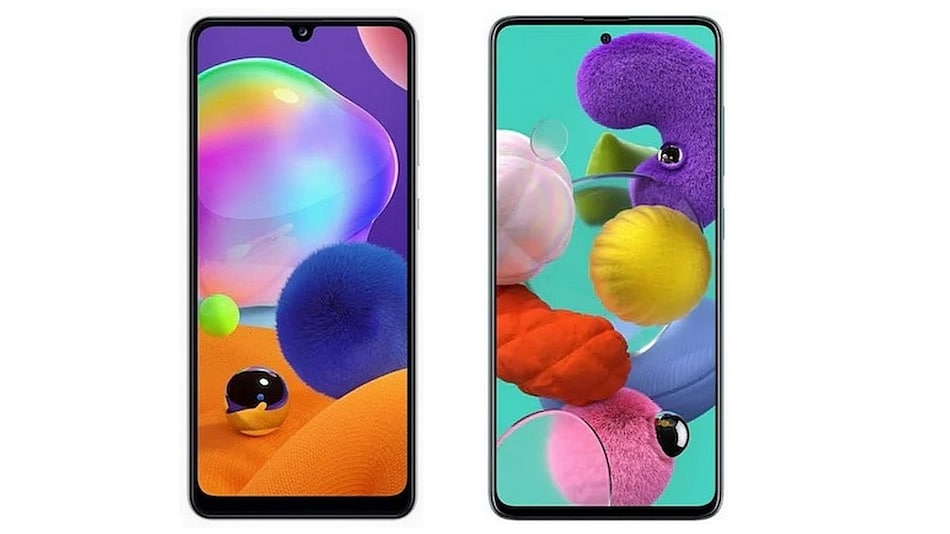 Samsung Galaxy A31 made its debut yesterday, March 24, and is going to be a mid-range smartphone joining the company's Galaxy A-series. It comes with an octa-core processor and a quad rear camera setup that puts it against another smartphone in Samsung's Galaxy A-series, the Galaxy A51. The Galaxy A51 was launched in January and is powered by an octa-core processor as well and boasts of four rear cameras. So, let's see what sets the newer Galaxy A31 apart from the relatively older Galaxy A51.

The Samsung Galaxy A31 was announced on March 24 but Samsung has not shared pricing and availability for the phone as of yet. We do, however, know that it will come in two variants, 4GB + 64GB and 6GB + 128GB. There will be four colour options - Prism Crush Black, Prism Crush Blue, Prism Crush Red, and Prism Crush White.

Galaxy A31 vs Galaxy A51: Specifications

Both the Galaxy A31 and Galaxy A51 have a maximum of 128GB onboard storage that can be expanded via microSD card (up to 512GB). There is no official information on connectivity options for the Galaxy A31 as of yet but an FCC listing points at dual-band Wi-Fi - i.e., 2.4GHz and 5GHz - apart from 4G LTE. A Bluetooth SIG certification suggests the presence of Bluetooth v5.0, as well as a USB Type-C port. The Galaxy A51 has 4G VoLTE, Wi-Fi, Bluetooth v5.0, GPS/ A-GPS, and a USB Type-C port. Both phones come with in-display fingerprint scanners.