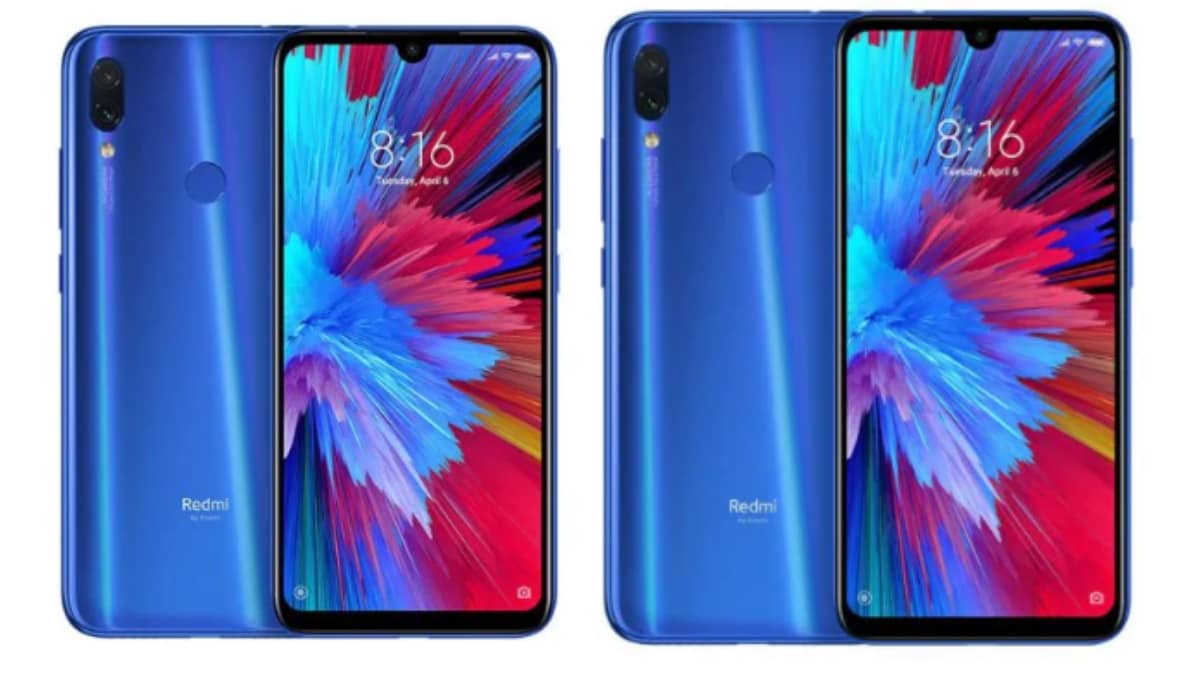 Let's see how the Redmi Y3 and the Redmi Note 7 fare against each other on paper.

The Redmi Y3 price in India starts at Rs. 9,999 for the 3GB RAM/ 32GB inbuilt storage variant, going up to Rs. 11,999 for the 4GB R AM/ 64GB inbuilt storage variant. It will be available on Amazon India, Mi.com, Mi Home stores from April 30 in Bold Red, Elegant Blue, and Prime Black colour variants. Redmi Y3 launch offers include up to 1,120GB of 4G data from Airtel, as well as unlimited calling.

The Redmi Y3 and the Redmi Note 7 (Review) have identical designs with a waterdrop-style notch up front, a slight chin at the bottom, a dual rear camera setup at the back, and a rear fingerprint sensor as well. Both the phones run on MIUI 10 based on Android Pie, and feature dual-SIM slots. The Redmi Note 7 features a 6.3-inch full-HD+ (1080x2340 pixels) display along with a 19.5:9 aspect ratio. The Redmi Y3, on the other hand, sports a 6.26-inch HD+ (720x1520 pixels) display with a 19:9 aspect ratio, 2.5D glass, and Corning Gorilla Glass 5 protection.

The Redmi Y3 is powered by an octa-core Snapdragon 632 SoC coupled with either 3GB or 4GB of RAM. The Redmi Y3 offers 32GB or 64GB of inbuilt storage, depending on the variant, expandable via microSD card (up to 512GB) with its own dedicated card slot. Under the hood, the Redmi Note 7 has an octa-core Qualcomm Snapdragon 660 SoC, paired also with 3GB and 4GB RAM options. Internal storage options are 32GB and 64GB, and expansion of memory via microSD card slot is up to 256GB.

In terms of optics, the Redmi Y3 bears a dual rear camera setup featuring a 12-megapixel primary camera with an f/2.2 aperture and 1.25-micron pixel size, while the secondary camera has a 2-megapixel depth-sensing sensor. The rear setup features phase detection autofocus (PDAF), electronic image stabilisation (EIS), and a dual-LED flash module. On the front, the Redmi Y3 bears a 32-megapixel selfie camera with EIS, auto HDR, and an AI portrait mode.

The Redmi Note 7 has a similar dual rear camera setup along with a 12-megapixel primary sensor that comes with an f/2.2 lens and a 2-megapixel secondary sensor. For selfies, there is a 13-megapixel sensor at the front. The camera supports AI Portrait mode and has features such as AI Beautify (4.0), Face recognition, HDR support, and AI scene detection to recognise up to 12 scenes.