Redmi Note 9S and Realme 6, both come with a quad rear camera setup. 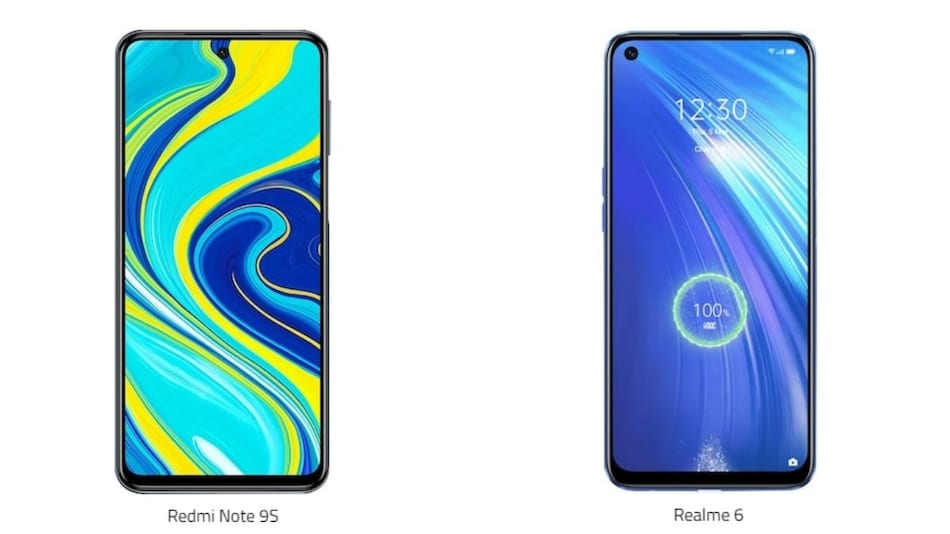 Redmi Note 9S (L) and Realme 6, both were released in March this year

Redmi Note 9S recently made its debut as the global variant of the Redmi Note 9 Pro smartphone. The smartphone will go head to head with Realme 6, which was also launched earlier this month. If case you are wondering how the two phones stack up against each other, at least on paper, we have made your job slightly easier. Read on for a quick comparison between Xiaomi's Redmi Note 9S and Realme 6 smartphones in terms of their price and specifications.

In terms of the design, both Redmi Note 9S and Realme 6 smartphones have a hole-punch on the front panel and a quad camera setup on the back. The Redmi Note 9S, however, comes with a bigger screen size of 6.67-inch with full-HD+ (1,080x2,400) resolution along with Gorilla Glass 5 protection on top. In comparison, the Realme 6 features a 6.5-inch full-HD+ (1,080x2,400 pixels) display with Gorilla Glass 3 protection. Similarly, Redmi Note 9S is heavier (209 grams) than the Realme 6 smartphone (191 grams).

Redmi Note 9S, on the other hand, comes with a 16-megapixel camera on the front panel. The quad rear camera setup of the phone is headlined by a 48-megapixel main camera along with an 8-megapixel wide-angle camera with a 119-degree field of view, a 5-megapixel macro lens, and lastly, a 2-megapixel depth sensor.

In terms of the battery, the Redmi Note 9S has a 5,020mAh battery while the Realme 6 packs a 4,300mAh battery. Both the phones support fast charging option.