But how's the new model different from the Redmi Note 7 that Xiaomi launched at the same event on Thursday? Read on to find out.

In contrast, the Redmi Note 7 price in India has been set at Rs. 9,999 for the 3GB RAM/ 32GB storage model, whereas its 4GB RAM/ 64GB storage option comes at Rs. 11,999. Both variants come in Black, Ruby Red, and Sapphire Blue colour options and will go on sale for the first time at 12 noon on March 6. The phone will initially be available through Mi.com, Flipkart, and Mi Home stores. 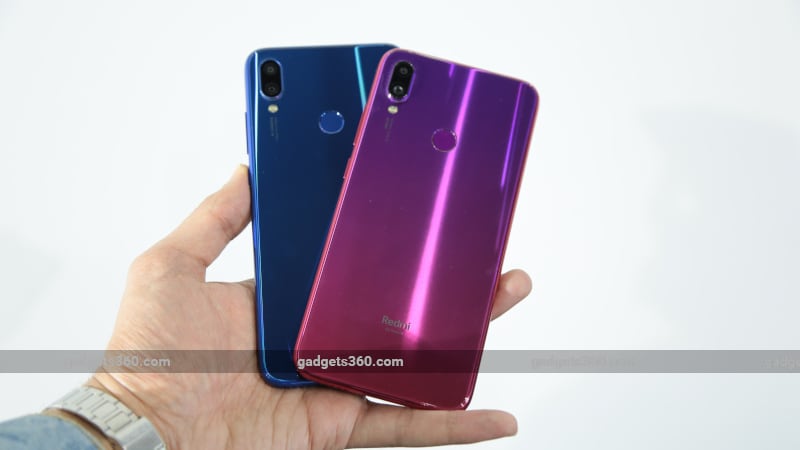 The Redmi Note 7 Pro and Redmi Note 7 run Android Pie-based MIUI 10. Both phones also come with the "Aura Design" language and feature a 6.3-inch full-HD+ (1080x2340 pixels) display along with a 19.5:9 aspect ratio. Further, the new models come with a Gorilla Glass 5 protection on both their front and back sides.

On the selfie part, the Redmi Note 7 Pro and Redmi Note 7 both will come with a 13-megapixel sensor at the front. Both Redmi Note models come with AI Portrait mode and have features such as AI Beautify (4.0), Face recognition, HDR support, and AI scene detection to recognise up to 12 scenes.

Connectivity options on both the Redmi Note 7 Pro and Redmi Note 7 include 4G VoLTE, Wi-Fi 802.11ac, Bluetooth v5.0, GPS/ A-GPS, Infrared (IR) blaster, USB Type-C port, and a 3.5mm headphone jack. The smartphones also come with a fingerprint sensor at the back.