Redmi Note 7 is the first major new launch by Xiaomi this year. The smartphone was unveiled in China last month at an event that also marked the debut of ‘Redmi by Xiaomi' as a separate sub-brand. The highlights of the Redmi Note 7 are the 48-megapixel sensor that the smartphone rocks as part of its dual rear camera setup, and the big, 6.3-inch display with a waterdrop-shaped notch. As Mi fans await details related to the Redmi Note 7 India launch, there also have been questions on whether Xiaomi will go down the same route as China and establish Redmi as a "sub-brand" in India as well.

Gadgets 360 sat down with Manu Kumar Jain, Global Vice President, Xiaomi and Managing Director, Xiaomi India for a freewheeling chat on a wide variety of topics, and, among other things, we obviously asked him about the plans to launch the Redmi Note 7 in India. While he didn't mention the phone by name, here's what he had to say about plans to introduce the “48-megapixel phone” in India.

“This is probably the device that I'm most excited about for this year,” Jain said when we quizzed him about the Redmi Note 7 India launch plans. “There are a lot of surprises which are planned, really great surprises, and I really hope — and I don't say this for every phone that we launch — but there's a reason why we posted an upside-down picture, and text in a upside-down, because I truly believe this is going to be a game changer device.”

Jain, of course, was referring to the teaser he'd released last month via Twitter, hinting that the Redmi Note 7 will represent an “upside-down” shakeup of the Indian smartphone market. He double-downed on that message during the course of the interview.

“Maybe if we do everything right, people will remember Indian smartphone industry before and after this device,” he added. “It's going to be a game changer, we believe that, because of which, I'm extremely excited about this particular launch, the launch that we are about to have, and we are trying to put our best foot forward, even from a launch perspective, even from many other things.”

Jain added that some of the speculation regarding Redmi Note 7's India launch wasn't accurate.

“I know a lot has written on social media, and on blogs till now [about Redmi Note 7 launch], but this is one of those devices where I'm happy that not everything that people expect that is there — people have already leaked and written about it — a lot of cool surprises which are planned for this one,” he said.

As you would expect, Jain was evasive on the exact launch date for the Redmi Note 7, but expect the company to send out invitations in the next couple of weeks. 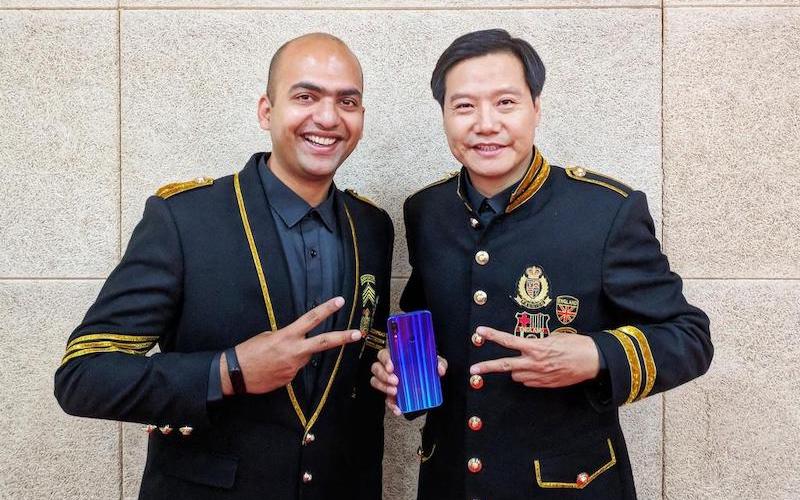 Redmi Note 7 to launch in India as part of Redmi sub-brand?

Like we mentioned before, the Redmi Note 7 launch marked the debut of the “Redmi by Xiaomi” sub-brand in China and we asked Jain what a sub-brand actually means.

“It's mainly meant from a product and R&D perspective. If you look at the product and R&D, now Redmi has a different ethos, different design language, different brand attributes than a Mi, than a Poco, than many other brands,” he added.

“A Redmi is all great price, great performance, all-around, killer features. Mi has a little bit of vanity attached to it — Mi Mix, fullscreen display, ceramic back, slider phone; Mi 8, full transparent back in the Explorer Edition — a lot of these vanity elements are included that sometimes also make these phones a lot more expensive because they are so beautiful phones. Poco is for tech enthusiasts, crazy specs, and also for gaming enthusiasts, that's why we introduced liquid cooling technology within Poco. So very different positioning for each one of them.”

We asked Jain if the Redmi Note 7 India launch would coincide with the launch of the Redmi sub-brand in India as well. Jain revealed that company has no immediate plans of going down that route in India right now, though that may change in the future.

We asked if the decision to launch a Redmi sub-brand was spurred by the success of Poco, or if it was a move that was always on the cards.

“It was not always on the cards, but I think it was a natural evolution, and as and when businesses become big, they need dedicated focus,” Jain said.

“When your business starts growing, just to add more focus, sometimes you tend to have separate teams so that the focus, the core ethos does not go away,” he added.

Stay tuned to Gadgets 360 for more excerpts from our conversation with Xiaomi's Manu Kumar Jain.