Redmi K20 Pro's Hi-Fi DAC: Does It Make Sense to Buy a Phone for Its Audio Performance?

How does the Redmi K20 Pro sound, compared to the OnePlus 7?

When Apple showed ‘courage' and dropped the 3.5mm headphone jack from the iPhone 7, it sparked a major trend for smartphones. Even brands such as Google and OnePlus, which took strong positions in favour of the 3.5mm jack back in 2016, have since dropped the legacy audio socket from their newer phones. It seems that the people have spoken — wireless is the future, and plugging in headphones is a thing of the past.

While the obvious convenience of just using headphones or earphones that don't need batteries can't be denied, it's also something we've now grown used to not having. For those of us who want the superior sound quality of wired and audiophile headphones, equipment such as DACs and high-resolution audio players offer a better experience. However, if you do appreciate good sound on the go and don't want to invest in additional equipment, having a smartphone with better audio performance is definitely worth it.

LG has been making smartphones with specialised audio chops for a while now, but its offerings aren't as popular as competing options from brands such as Xiaomi, OnePlus, and Samsung. The Redmi K20 Pro (Review) hopes to fill the gap that exists in the market, offering users flagship-grade hardware and specifications at a competitive price, while also paying attention to the need for good audio on smartphones. The Redmi K20 (Review) and Redmi K20 Pro (Review) come the 3.5mm headphone jack and feature a Hi-Fi DAC, promising better performance with audio.

So just how much of a difference can those things make? And are these audio features worth basing a buying decision on? We put the audio performance of the Redmi K20 Pro to the test in an attempt to find out. 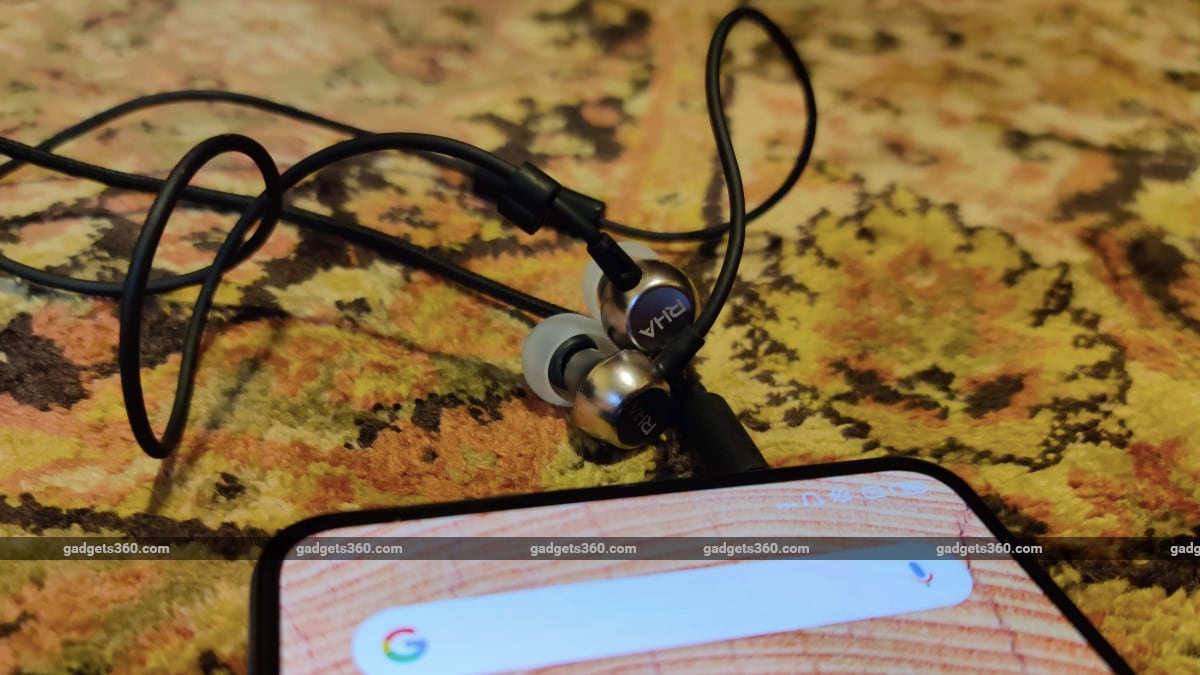 As is the case with newer LG V-series and G-series smartphones, the Redmi K20 Pro relies on a discrete DAC for its claim of better audio performance. However, while the LG G7+ ThinQ (Review) uses a 32-bit quad-DAC that runs on an ESS 9218P audio chip, the Redmi K20 Pro uses a Qualcomm WCD9340 audio chip with a 24-bit/ 192kHz DAC on board. This difference might matter to audiophiles and the pickiest of listeners, but most people will find the specifications of the chip to be adequate.

Every smartphone with a 3.5mm headphone jack must have a DAC, which simply stands for Digital-to-Analog Converter. This is necessary to play digital audio and give you an analogue signal for your wired earphones, but what matters is its quality. The Redmi K20 Pro's DAC is claimed to be better than the often unspecified ones in the vast majority of smartphones.

We played a bunch of tracks in various file formats on the Redmi K20 Pro to test audio performance, including MP3, WMA, FLAC, and Apple Lossless audio. For our testing, we used the RHA MA390 earphones and the Sennheiser Momentum on-ear headphones, representing both affordable and premium wired headsets.

We used the Redmi K20 Pro with the RHA earphones first, and were pleasantly surprised to find that the smartphone improved on the sound we're typically used to with these earphones, if only just a little bit.

While the Redmi K20 Pro didn't alter the sonic signature of the earphones in any way, it did seem to give the sound a bit more openness and detail, even with compressed audio tracks. Listening to Brasstracks' awesome rendition of All Of The Lights, we were most impressed with the faint clap-like beats that could be heard with a sense of direction and clarity despite the powerful bass hits.

The soundstage was perceivably wider as well. While listening to Age of Loneliness by Enigma in FLAC format, the bass came across as a bit tighter and more detailed. Although these affordable earphones couldn't do much to bring out the advantages of the higher resolution, the sound was audibly cleaner.

With the significantly better and more expensive Sennheiser Momentum on-ear headphones, the differences were even more distinct. The Redmi K20 Pro sounded a lot more open and spacious, with a tighter low-end and even cleaner sound. Our experience was noticeably better with both compressed and high-resolution audio formats. 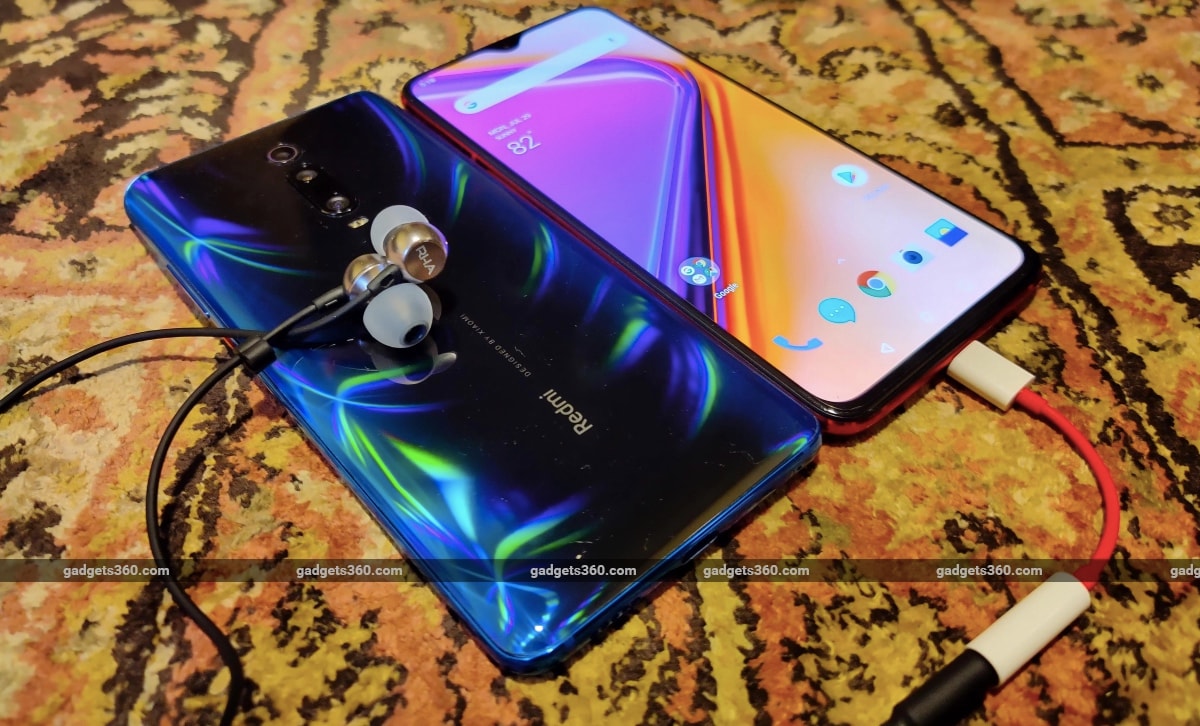 As part of our testing, we put the Redmi K20 Pro up against the OnePlus 7 (Review), one of its competitors in the same price bracket. While this smartphone doesn't have a 3.5mm headphone jack, OnePlus does sell a Type-C to 3.5mm adapter for Rs. 390, which we used for this test. This is an official accessory recommended for the OnePlus 7 by the company, but is a passive adapter that simply passes on an analogue signal to the earphones or headphones plugged into it.

The OnePlus 7 (Review) uses its built-in DAC to convert the audio signal, which is then transferred to the passive dongle. The sound was decent and comparable to that of an Apple MacBook Air, which we generally use to test headphones with. The Redmi K20 Pro did, however, sound slightly better than the OnePlus 7. We perceived a more refined sound across the frequency range, tighter bass, and a better soundstage when using the more affordable RHA earphones. With the Sennheiser Momentum headphones, the differences were much more pronounced.

We also had a non-expert listen to the same tracks using the same app on both phones while using the RHA MA390 earphones, and the results were surprising. Our ‘regular user' felt that the OnePlus 7 sounded better, with punchier bass and a more exciting approach to the sound, while the Redmi K20 Pro sounded dull and soft in comparison.

While we were able to hear the differences in the sound, interestingly enough, the average user couldn't. Xiaomi's phones have always been designed for the typical value-driven smartphone user, rather than trying to cater to niches or specific types of buyers. While one user is definitely not a large enough sample set to make a decision either way, if average users are unable to hear any difference, or simply prefer a sound that is more punchy and raw in its attack, that could throw a spanner in Xiaomi's entire marketing push. It's also proof that OnePlus, despite its basic dongle and lack of fancy audio specifications, does an acceptable enough job with wired sound. 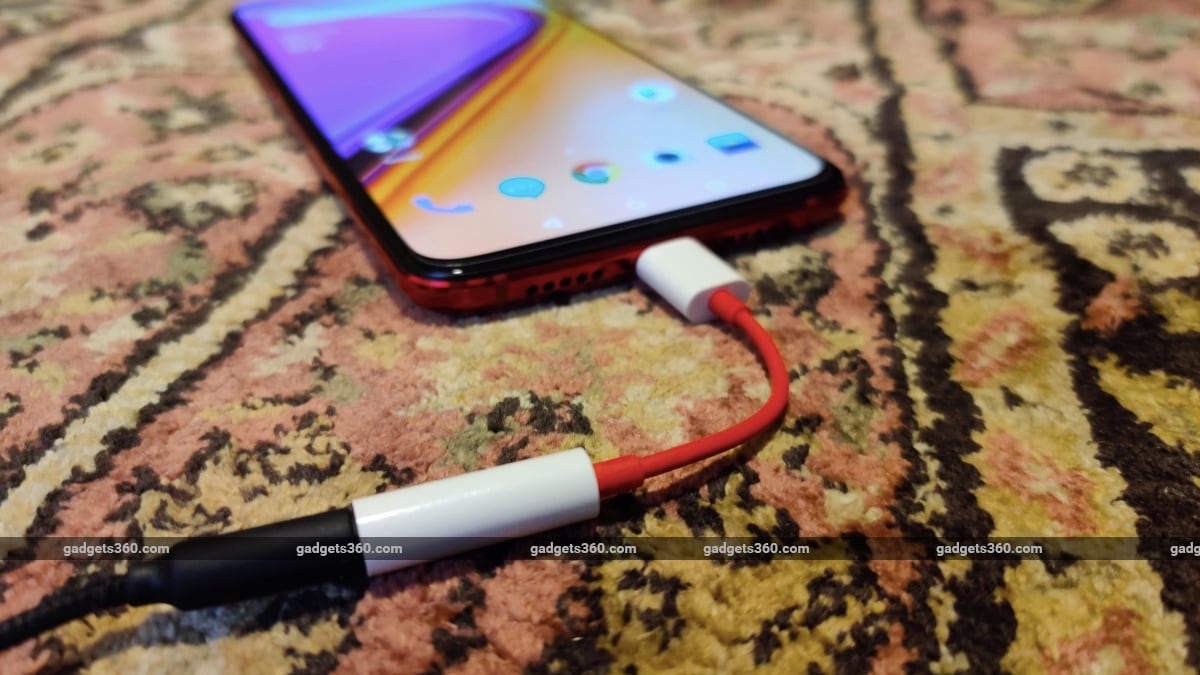 The Redmi K20 Pro's claims of being a superior audio player than competing devices isn't without substance; the smartphone does offer what we consider a more natural and audiophile-friendly sound. However, we found that it needed better headphones to bring out the best in the sound, and ordinary budget ones don't quite have what it takes to exploit the superior audio chip and DAC in the Redmi K20 Pro.

If you do have a good pair of headphones to use with the Redmi K20 Pro, it might be worth investing in this smartphone for the audio performance. However, if you aren't particular about sound quality and just want to use a basic pair of headphones, then this shouldn't influence your purchase decision. Indeed, if you prefer your sound a bit more aggressive and punchy, you'll get what you want with the competition, and need not worry too much about the specifics of audio beyond getting yourself the right USB-C to 3.5mm dongle to plug in wired headphones.

Redmi K20 Pro's Hi-Fi DAC: Does It Make Sense to Buy a Phone for Its Audio Performance?
Comment