Redmi 9 vs Redmi 9 Prime vs Redmi Note 9: What’s the Difference?

Redmi 9 is the most affordable option in the series with a starting price of Rs. 8,999. 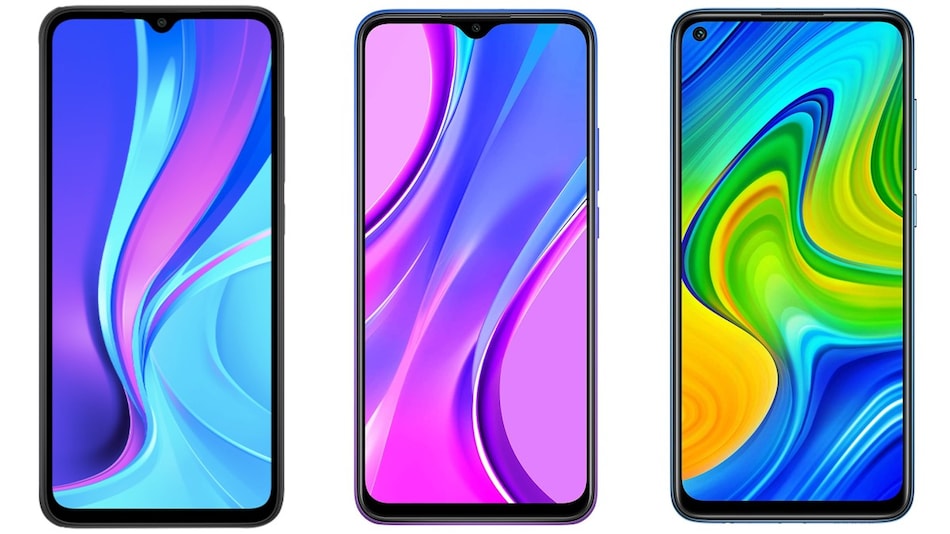 Redmi 9 debuted in India on Thursday as the successor to the Redmi 8. The new smartphone comes with dual rear cameras as well as features a waterdrop-style display notch. The Redmi 9 is also based on Xiaomi's Aura Edge Design that brings a textured back and prevents smudges. Xiaomi has also provided a 5,000mAh battery on the Redmi 9, with two days of usage on a single charge. The new launch came just a little over a month after the company launched the Redmi Note 9 in the country and a few weeks after the debut of the Redmi 9 Prime. There are slight changes among the three Redmi series phones.

In this article, we compare Redmi 9 price in India and specifications with those of the Redmi 9 Prime and Redmi Note 9 to help you look at their key differences.

Redmi 9 vs Redmi 9 Prime vs Redmi Note 9: Price in India

Redmi 9 price in India starts at Rs. 8,999 for the 64GB storage option. There is also a 128GB storage variant of the new Redmi phone that carries a price tag of Rs. 9,999. The phone comes in Carbon Black, Sky Blue, and Sporty Orange and will be available for purchase starting August 31.

In contrast, the Redmi 9 Prime is priced at Rs. 9,999 and Rs. 11,999 for the 64GB and 128GB storage variants, respectively. The phone is available in Carbon Black, Sky Blue, and Sporty Orange colours through select sale rounds in the country.

Raji: An Ancient Epic Review: A Feminist Fable and a Commendable Debut
Tecno Smartphones Took Data, Money From Users in Africa in 2018 With Preloaded Malware: Report