If you are someone who tracks new and upcoming mobile launches, you will know that it's been an eventful 2019. This year so far has seen the launch of the Samsung Galaxy S10 series, the long anticipated Nokia 9 PureView, and the Huawei P30 series. Other latest smartphones include Samsung's rejigged Galaxy A series, and a new Galaxy M series as well. Xiaomi's successful Redmi Note 7 duo has been one of the highlights of the new mobile phones we've seen recently, and the first foldable phones like the Samsung Galaxy Fold and the Huawei Mate X also became official. However, the smartphone industry is far from done, and upcoming mobile launches includes the Redmi 7, OnePlus 7, the Realme 3 Pro, Redmi Y3, and Google's Pixel 3a and Pixel 3a XL.

There are a slew of new mobile phones that are in the pipeline, and some of them are slated for launch very soon. Without further delay, let's take a look at all the phones that may be unveiled before the first half of 2019 is complete. Here's a partial list of upcoming mobiles set to launch in India soon.

According to a latest leak, the OnePlus 7 is said to launch on May 14, which is exactly a month away. There's no official confirmation from OnePlus though that might change on Wednesday. OnePlus 7 case renders suggest a triple rear camera setup aligned vertically. It appears to have a thin-bezel display — thanks to the rumoured pop-up selfie camera module. At the bottom, the alleged OnePlus 7 cases have cut-outs for a USB Type-C port as well as the loudspeaker grill and two microphones. 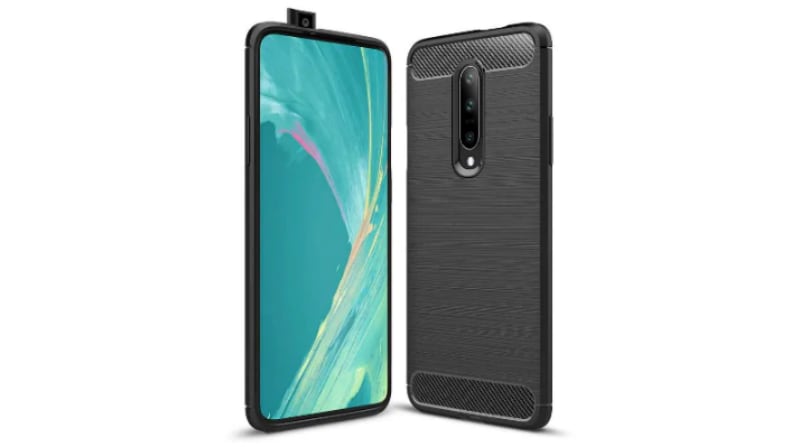 An earlier case leak also suggested that the SIM card tray will sit at the bottom, something that isn't seen in the latest case leak. While specification leaks of the OnePlus 7 are scarce at the moment, CEO Pete Lau had confirmed earlier that the phone will not support wireless charging. Expected specifications include Snapdragon 855 processor and 48-megapixel sensor. 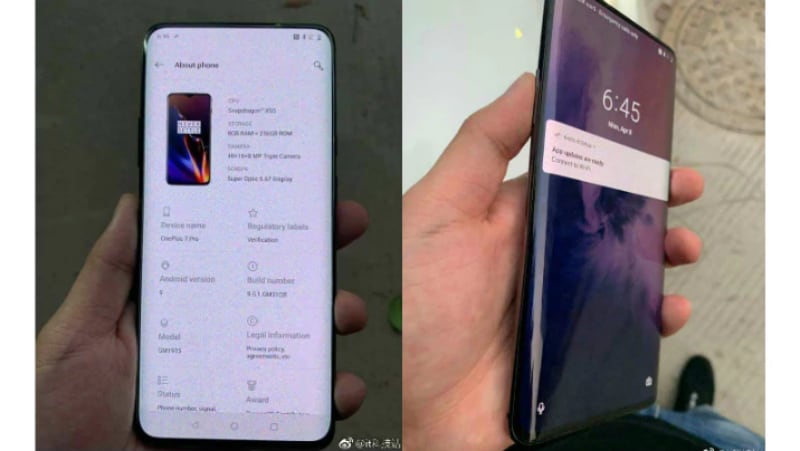 The Realme 3 Pro is set to launch on April 22 in India, and the phone is positioned to be a Redmi Note 7 Pro competitor. The Realme 3 Pro is tipped to pack a 6.3-inch display, a Snapdragon 710 SoC, 6GB RAM, a 48-megapixel sensor, and a 3,960mAh battery. The phone is being teased regularly, and the camera samples hint at great low-light photography skills.

Realme 3 Pro Price in India, Specifications, and More: The Rumours So Far

The company will host the launch of the Realme 3 Pro on Monday, April 22 at the Delhi University at 12:30pm IST, where the pricing and availability details will be unveiled. The phone is already being teased on Flipkart.

After teasing it for a while, Xiaomi has now confirmed that a new Redmi Y-series smartphone - thought to be the Redmi Y3 - will launch in India on April 24. The company has also sent out media invites, which states that the Redmi Y3's launch event will kick off at 12:00pm IST. The accompanying hashtag “#32MPSuperSelfie” serves as an indication that the smartphone will come equipped with a 32-megapixel front camera.

The Redmi Y3 is rumoured to sport a waterdrop-shaped notch, and Samsung's 32-megapixel ISOCELL Bright GD1 image sensor that was announced back in October last year. Rumours suggest that the Redmi Y3 might pack a 4,000mAh battery, may run MIUI 10 based on Android Pie, and will have support for Wi-Fi 802.11 b/g/n standards. The phone hasn't been launched in China as of yet. 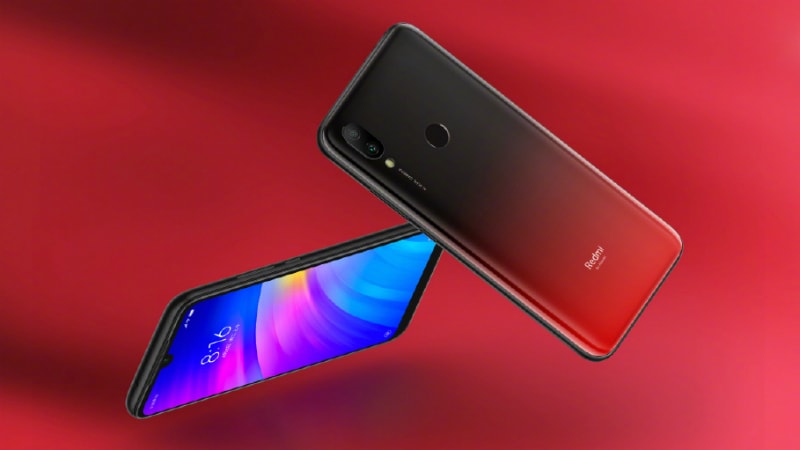 Huawei brand Honor recently revealed that the Honor 20i will be unveiled in China on April 17. The phone is confirmed to sport a 32-megapixel selfie camera backed by artificial intelligence (AI). The Honor 20i is speculated to sport a 6.2-inch full-HD+ (1080x2340 pixels) display and come with a 2.2GHz, octa-core HiSilicon Kirin 710 SoC, paired with 4GB and 6GB RAM options. The phone could also have 64GB and 128GB storage options and include a 3,400mAh battery. Notably, these specifications are similar to that of the Honor 10i that was launched in Russia just last month. The Honor 20i price remains under wraps.

The Honor 20 Pro may launch alongside the Honor 20 at the company's May 21 global launch event. Past leaks have indicated that the Honor 20 Pro will sport a 6.1-inch OLED display, an in-display fingerprint sensor, the HiSilicon Kirin 980 SoC, and three RAM/ storage configurations — 6GB/ 128GB, 8GB/ 128GB, and 8GB/ 256GB. It is said to have the same triple camera setup at the back, same selfie camera, and same battery capacity as the Honor 20. Other rumoured features include Gaming+, Link Turbo, CPU, and GPU Turbo. It is tipped to be priced around CNY 2,999 (roughly Rs. 30,800).

Google is heavily reported to launch the Pixel 3a and Pixel 3a XL soon as well. While Google is still tight-lipped about it, the rumour mills have been churning out leaks at a steady pace. The Pixel 3a series is expected to cater to a lower price segment. The two phones are rumoured to launch at I/O 2019 in May this year. 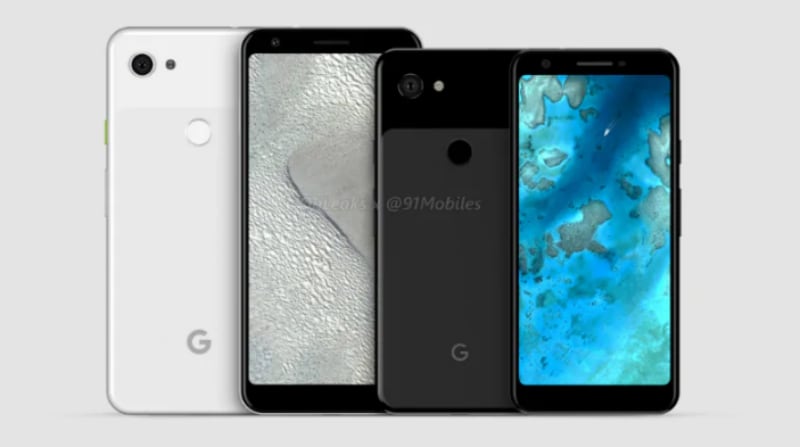 The Pixel 3a XL is the larger variant of the Pixel 3a series, and it is reported to sport a 6-inch display, and up to 6GB of RAM. The phone is rumoured to launch alongside Pixel 3a at Google I/O 2019 and may see more battery life as well. As per case renders, the larger variant will also sport a single rear camera, a traditional display with top and bottom bezels, and a 3.5mm audio jack.

The Lenovo Z6 Pro is now slated to launch on April 23 in Beijing. The phone is teased to sport a Hyper Vision camera that will make the phone capable of capturing ‘Hyper Videos'. Past teasers have confirmed that the Lenovo Z6 Pro will be powered by the latest and greatest Snapdragon 855 processor, and come with support for 5G connectivity. A recent Weibo post from Lenovo VP Chang Cheng even indicated that the phone will be capable of producing 100-megapixel images.

At MWC 2019, Cheng confirmed that the Lenovo Z6 Pro will launch in June. We speculate that the phone to be unveiled on April 23, but pricing and availability details should only be announced in June.

Further reading: OnePlus 7, Pixel 3a, Pixel 3a XL, Realme 3 Pro, Redmi Y3, Honor 20i, Honor 20, Honor 20 Pro, OnePlus 7 Pro, Redmi 7
Tasneem Akolawala Email Tasneem Tasneem Akolawala is a Senior Reporter for Gadgets 360. Her reporting expertise encompasses smartphones, wearables, apps, social media, and the overall tech industry. She reports out of Mumbai, and also writes about the ups and downs in the Indian telecom sector. Tasneem can be reached on Twitter at @MuteRiot, and leads, tips, and releases can be sent to tasneema@ndtv.com. More
PUBG Mobile Zombie: Darkest Night Mode Is the Worst Way to Play PUBG Mobile
Samsung Galaxy A80, Galaxy A70 Price and India Launch Date Revealed by Company