It was August 2018 when Xiaomi officially announced Poco as its new sub-brand to cater to the growing demands of young smartphone users. The Chinese brand unveiled the Poco F1 as its first -- and only -- model that disrupted the market for mid-range smartphones with the then top-end Qualcomm Snapdragon 845 SoC and up to 8GB of RAM at a starting price of Rs. 20,999. Poco has been anticipated to repeat its market-changing splash with the launch of the Poco F2, and there are certainly hordes of fans clamouring for a successor. Late last week though, Xiaomi surprised the tech world by announcing that Poco would henceforth operate as an independent brand. But what does this mean exactly? Will we ever get a Poco F2? Read on to find out.

Poco India General Manager C Manmohan, in a conversation with Gadgets 360, underlined that the split between Poco India and Xiaomi wouldn't impact the former brand's existing philosophy that is to provide “everything you need, nothing you don't” by strongly considering consumer feedback and ongoing market trends.

Manmohan, who has been associated with Xiaomi for nearly four years, is one of the early members of the Poco team. While he was so far working under Xiaomi India Managing Director Manu Kumar Jain, the restructure has made him the standalone leader of the Poco India team who's working closely with Xiaomi's headquarters in Beijing. The team under the leadership of Manmohan is also planning to become an independent legal entity in the country to operate as a distinct company and is set to have a separate office.

Having said that, Poco will continue to utilise the established presence of Xiaomi. It will also continue to store user data at Xiaomi's data centres and offer after-sales services through the latter's channels.

“From time to time, given the scale which Xiaomi brings to the table, we will kind of utilise their support,” mentioned Manmohan. "Now what do I mean by support? Essentially, we will kind of ask them to kind of render services for Poco.” 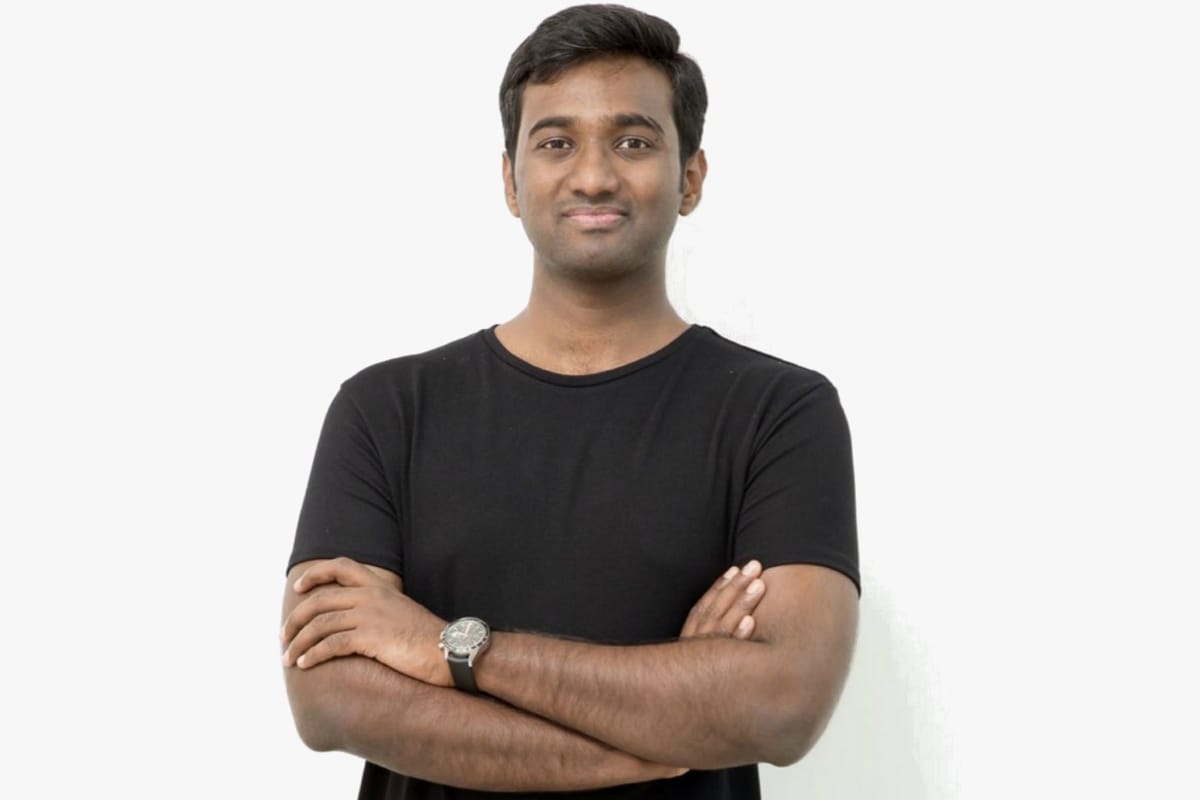 One of the key features that made the Poco F1 a Xiaomi phone was the presence of a tweaked MIUI version that the brand called “MIUI for Poco”. Manmonhan told Gadgets 360 that MIUI for Poco will continue to be a part of Poco phones.

“Some of my Poco fans say that it is much more stock Android-ish,” he said. “So essentially, we are kind of, leveraging that and with our Poco fans feedback and the community feedback, we'll work towards making it much more better and better. So, that's the plan right now.”

The users who already own a Poco F1 aren't likely to see any changes through the spin-off. Manmohan also stated that the company would continue to provide the same support to its existing Poco F1 consumers that they were promised.

Nevertheless, to bring some changes on board -- along with establishing the legal entity and opening a new office -- Manmohan says Poco will hear from its existing and new buyers. The company may also mimic the marketing strategy of Xiaomi and establish a community of Poco fans -- just like how you can see Mi fans at any of Mi or Redmi launch.

“That's the idea because in all honesty, if today, Poco has come to this stage, it's because of the community,” Manmohan said while answering the question of how Poco is set to establish its fans. “The amount of support/ feedback we got from them is just enormous. That's exactly why we are here today and we will continue to nurture it.”

At the initial stage, Poco is aiming to cater to the online space, though it is open to establishing offline channels over time. Manmohan revealed that the company wouldn't sell its future devices through Xiaomi-exclusive Mi Home stores, though.

“Channel strategy will keep evolving. It's not something which we can kind of take a call on today and tomorrow we can provide. So it depends on the kind of product we launch, and so on so forth. So we will take a call as and when we launch the products and depends on what our customers are asking,” he added.

Cannibalising sales of its siblings
One of the challenges Xiaomi faces with spinning off Poco is for the brand to stand tall alongside its established Mi and Redmi brands. At the same time, Poco needs to bring something different to stand out from the crowd of Redmi smartphones that are currently dominating the lineup of Xiaomi devices.

Manmohan told Gadgets 360 that while Poco is yet to decide the price segments in which it will launch its new devices, it will continue its philosophy of launching value-for-money smartphones -- just like the Poco F1. This clearly means that the company would cannibalise the sales of some Redmi phones.

Keeping that in mind, Xiaomi has already started directing its offline partners to treat Poco as a competitor. Similarly, Poco is preparing itself to be able to stand strong against the competition it would face from Xiaomi phones.

“Whether Xiaomi will be competition, I'm guessing, yes,” said Manmohan. “Of course, it'll be a competition and so will Xiaomi also face the heat from Poco, right? But having said that, at the end of the day, if customers are winning, everything is hunky dory.”

In the past, we saw some competition between the Poco F1 and Redmi K20. But since there weren't multiple phones under the Poco brand, Xiaomi was able to divert the audience.

This isn't likely to be the case now. If we look at the rumours, Poco may have at least three smartphone models in the pipeline -- one of which may just be an India variant of the Redmi K30 that was launched in China last month. These new models may come at price points that already have some Redmi or Mi phones.

“Will there be takers for our ability?” said Manmohan. “The answer is yes. We have seen it again and again with the Poco F1, and we think that we will be able to make a difference.”

Poco F2: When will we see it?
Although the Poco F1 was an ace for the brand that entered the market just one year and four months ago, it's the Poco F2 that has brought Poco back to action informally. Several users on social media have shown their interest towards the new flagship. Similarly, the rumour mill has suggested its existence for some time.

Manmohan didn't clearly specify whether the next phone will be the Poco F2 or something completely different. Nonetheless, he did mention that it would essentially be the successor to the Poco F1, offering a similar value-for-money proposition with a top-end SoC and a large amount of RAM. He also revealed that it would debut as early as this quarter. He also didn't completely refute the reports suggesting multiple Poco phones in the lineup, though he suggested that there would initially be one model to begin the new era.

When asked if Poco has plans to expand its range and bring some Poco devices to affordable segments, he said, "That's also something which we are kind of evaluating. In due course of time, we will share that." 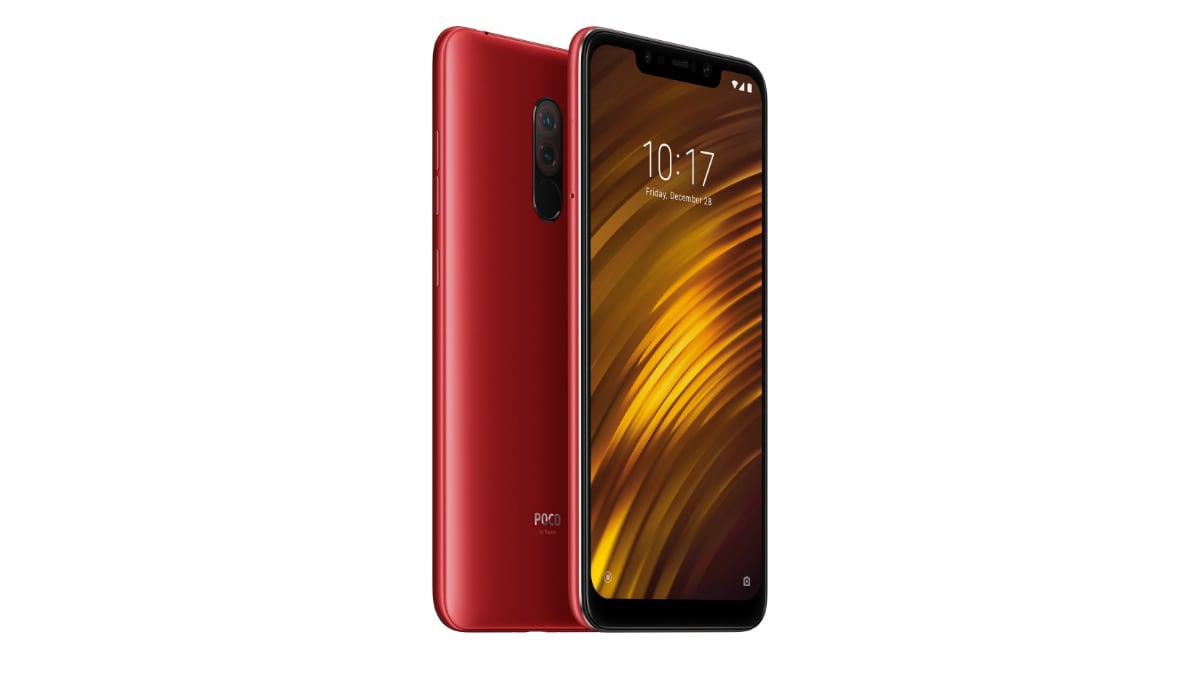 The latest spin-off is notably limited to India. This means that it doesn't have any relation with the global operations of the brand Poco that is named Pocophone in various western markets such as the US and UK among others.

“One thing we are very clear about is that the smartphone market in India is something which is extremely important right now,” said Manmohan. “And from me being Poco India General Manager, I will continue to be focussed on that. Now Poco plans globally is something which we are kind of thinking through -- it might take some more time for us to kind of validate that.”

Poco 'needs a dedicated strategy'
However, market analysts are a bit sceptical about the spin off. Tarun Pathak, Associate Director of Counterpoint Research, told Gadgets 360 that the latest change was related more to leaving space for Mi as the Mi brand is aimed to develop premium smartphones with 5G chipsets.

“Poco will have challenges on its own and needs a dedicated strategy to challenge the competitors,” said Pathak.

Prabhu Ram, Head of Industry Intelligence, CyberMedia Research (CMR), emphasised that Xiaomi needed to bring a clear differentiation in terms of product feel and product positioning, backed by strong marketing to appeal to the target demographic.

The analyst also mentioned that product differentiation and positioning is vital for Xiaomi to fend off competition from the likes of BBK Group (the parent company of OnePlus, Oppo, Realme, and Vivo brands) and Samsung.

According to data provided by Counterpoint Research, the Poco brand that had just the Poco F1 model to offer, nevertheless managed a 3.6 percent market share in 2018 in the Rs. 15,000-30,000 price segment that dropped to 1.1 percent in 2019.

Faisal Kawoosa, Founder and Chief Analyst at techARC, told Gadgets 360 that if it would be the same Poco that existed before, it wouldn't bring a great story to the market, though it still has the chance to thrive.

“The only proposition of Poco was to give premium at a scaled down price point. This doesn't work for premium users,” he said.

Poco to Retain Its 'Everything You Need, Nothing You Don't' Philosophy in Bid to Take on Xiaomi
Comment