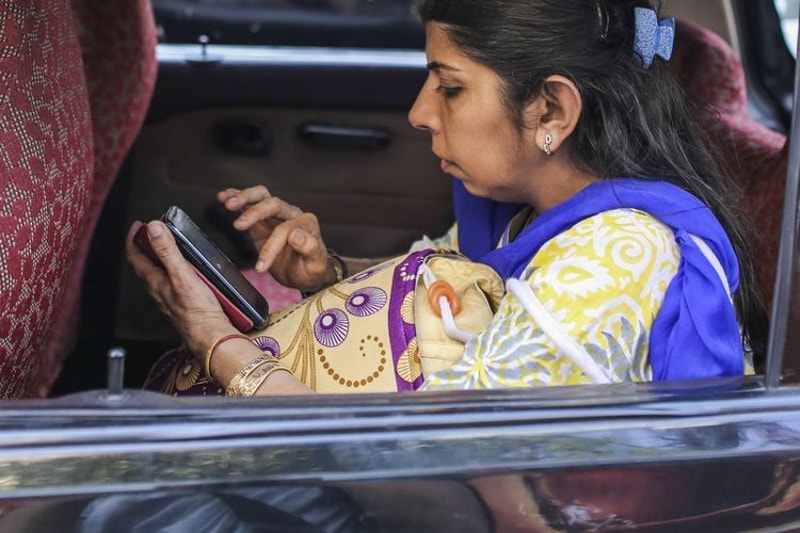 Prime Minister Narendra Modi has struggled in his campaign to bring more manufacturing jobs to India. But he now has an alluring incentive for technology companies to build more plants in his country: the fastest-growing smartphone market in the world.

India currently contributes only about 6 percent of the value of phones sold in the country through local manufacturing or assembly, but that contribution could rise to more than 30 percent in the next five years, according to a joint study by Counterpoint Research and India's leading management school, the Indian Institute of Management in Bangalore. The government should use the surging domestic demand to draw manufacturers that will make higher-value components, such as batteries, cameras and semiconductors, the study said.

India overtook the US this year to become the world's second-largest smartphone market by users and is projected to generate a billion smartphone sales in the next five years. Yet the value added through local manufacturing is paltry compared with other countries like China and South Korea, where 70 percent and 50 percent of the work is done domestically, according to the research. Modi, who has made the Make in India program a centerpiece of his economic policy, wants more of those jobs if his country is providing such a lucrative market.

"India can potentially be world leader in mobile phone manufacturing ecosystem and this has to be done in a phased manner," said Aruna Sundararajan, secretary at India's ministry of electronics and information technology. She said the government is sending close to 100 design engineers to Taiwan to learn about product design and customer needs.

Apple Inc., Samsung Electronics Co. and Xiaomi Corp. have been stepping up their efforts in India as growth in the US, China and other markets slows. Apple CEO Tim Cook made his first trip to India in May and his company has been lobbying for the right to set up its own retail stores. Under current rules, companies such as Apple need to procure 30 percent of their components in India if they want to operate their own retail outlets.

The smartphones and feature phones sold in India over the next five years will together require more than $80 billion (roughly Rs. 5,45,002 crores) worth of components, up from the current $11 billion (roughly Rs. 74,937 crores). If the country can move up the value chain from simple assembly to more complex manufacturing, it could take the domestic contribution to 32 percent by 2020, the researchers said.

"The greater amount of localization and investment in R&D encouraged with good government policies will significantly boost the Indian economy and our global brand equity," said Amitabh Kant, chief executive officer of the government think tank Niti Aayog, in a statement.

The government's next set of policy reforms will encourage greater local work to meet smartphone growth numbers, said Ajay Kumar, additional secretary at the ministry of electronics and information technology, in a release at the unveiling of the report. "The final goal is to cut down on the value of imports," he said.

The country has made progress in attracting more assembly plants. Before the launch of Make in India, the country had only two phone assembly facilities and that number has now increased to about 50 facilities. Eighty percent of those are local companies and 10 percent are each Chinese and Taiwanese. The plants assemble phones for the world's leading brands including Samsung and Huawei Technologies Co.

Counterpoint estimated that over 180 million mobile phones will be assembled in India in 2016, accounting for 67 percent of the total 267 million sold. This is a rise from 14 percent in 2014.

India is unlikely to challenge China as exporter of phones any time soon however, because the local market is growing so quickly. "Domestic demand in India should be enough to consume products manufactured there," said Anthea Lai, an analyst with Bloomberg Intelligence. "India would pose no threat yet."