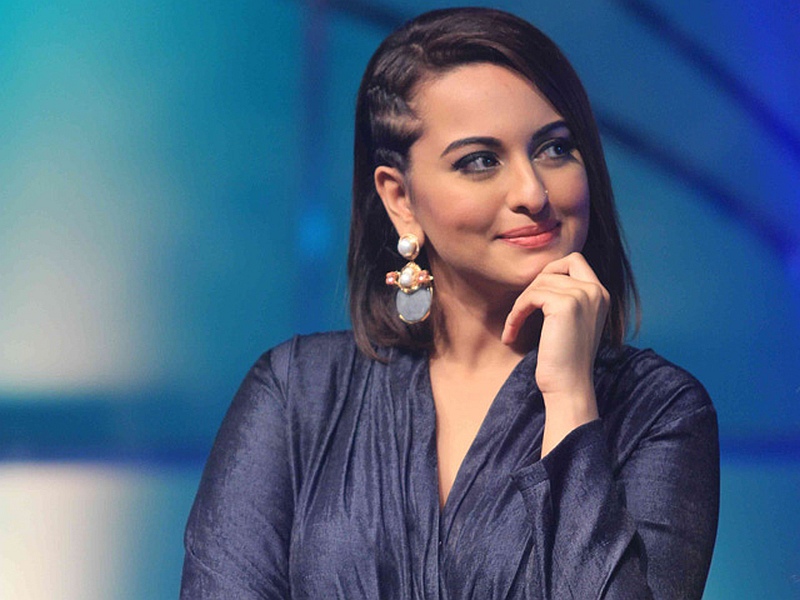 While many celebrities will tell you that they personally try out the products they endorse, typically, being a brand ambassador starts and stops at being the face of the brand in advertisements. Sonakshi Sinha tells Gadgets 360 that this is far from the case with her: "we're doing something much more involved because I'm going to be involved in the digital campaign, and we're going to use my social media presence, which I update myself."

The Bollywood actress, who is the daughter of actor-turned-politician Shatrugan Sinha, says that she's always been very interested in technology, particularly because of social media. "I love getting the latest gadgets as well. Plus, my brother is very tech savvy. He knows all the specifications of things, and keeps telling me about them, so that way I've also picked up a lot of tech... I love my phone, and there are apps and games on it that I use for too long every day."

"So when Asus approached me, my brother already knew about the phone before the launch, and I'd earlier been using the Asus ZenFone Selfie," says Sinha, who was promoting the phone for its launch event. "So I had a good impression of their product, and they gave me the ZenFone Max, it's become my regular phone now because I don't need to charge it every day."

Sinha talked to Gadgets 360 about the apps and gadgets that she swears by, and how technology is changing her life.

Describe your technology setup - what computer/ phone/ tablet/ camera/ gaming console/ other gadgets do you use and why do you like it?
Sonakshi Sinha: I have a lot of gadgets in the house but the most important ones are my phone and my tablet. I love the Asus ZenFone Max that I'm using, because the battery life is so great, but I also love my tablet for the bigger screen, so if I want to watch a video or do something like that I use the tablet.

The phone is most important and there are a lot of games and apps that I have to have all the time, which is why the phone matters so much.

What are three apps (mobile/ tablet or PC/ Mac) you couldn't live without and why?
Sonakshi Sinha: I love playing all sorts of word games, I love Wordament but other word games too. The other thing I really like doing is editing videos, I use a bunch of different apps for that, but one of the favourites for me is Lapse It - this is an amazing app if you want to make time lapse videos. And I absolutely love social media, I update my accounts myself, because it is the only way to personally connect with your fans, so I don't want a team to do that. I'm active on Twitter, Instagram, Facebook, and Snapchat, and use all four of those apps regularly.

I thought about getting my own app made as well, a lot of people do that now, and we were thinking about it around three years ago, but then I decided that I was already reaching a lot of people on social media and it's so personal, it's changing the way you can connect with your fans.

What is one gadget (other than your phone) you never travel without, and why?
Sonakshi Sinha: My tablet.

What is your dream gadget/ technology setup?
Sonakshi Sinha: I wish there was some kind of technology that could answer my phone calls for me, answer all the questions that were asked.