Oppo F1 Smartphone: Everything You Need to Know 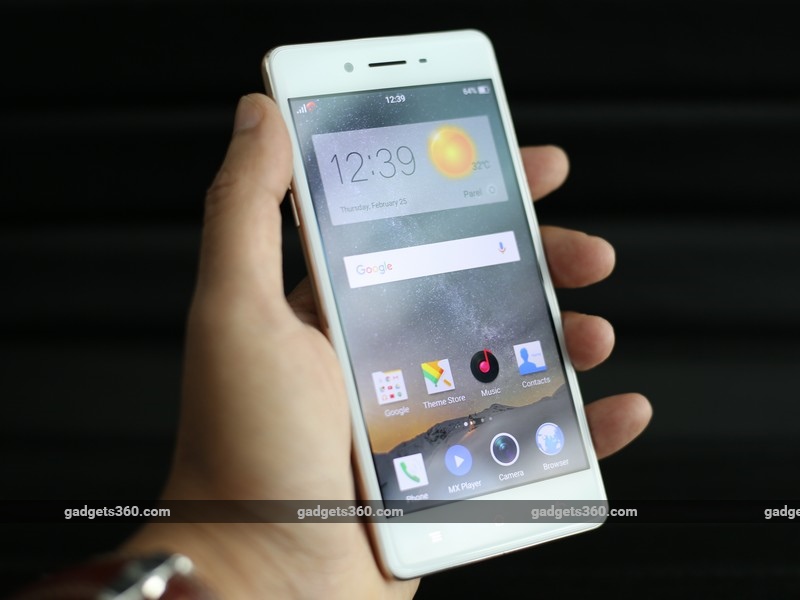 Oppo launched its camera-focused F1 smartphone in January and initially made it available in Europe. The Oppo F1 was priced at EUR 229 (roughly Rs. 16,800) and came bundled with an Oppo Selfie Stick.

The Chinese company within few weeks released the smartphone for the Indian market and priced it at a market operating price (MOP) of Rs. 15,990. The Oppo F1 went on sale in India last month however the exact availability varied from state to state. The company at the India launch had also announced that it would bring a variant of the smartphone, called the Oppo F1 Plus, to India in April at Rs. 26,990.

To recall, the Oppo F1 comes with dual-SIM (Micro-SIM + Nano-SIM) support and runs on ColorOS 2.1 based on Android 5.1 Lollipop. It sports an aluminium body and is slim at 7.25mm and houses a 5-inch HD (720x1280 pixels) resolution IPS display protected by 2.5D Gorilla Glass 4 coating with pixel density of 294ppi. The smartphone is powered by an octa-core Qualcomm Snapdragon 616 SoC (four cores at 1.7GHz and four cores at 1.2GHz), Adreno 405 GPU, and 3GB LPDDR3 RAM clocked at 1866MHz.

In the camera department, the Oppo F1 bears a 13-megapixel rear camera with f/2.2 aperture and single LED flash. It also includes an 8-megapixel front-facing camera with wider f/2.0 aperture (1/ 4-inch sensor) along with software features such as Beautify 3.0, 8 live colour filters, and more. The display also doubles as the flash in low-light environments. The Oppo F1 also includes proximity sensor, ambient light sensor, accelerometer, and digital compass. The smartphone is backed by a 2500mAh Li-Po battery and houses 16GB of inbuilt storage. As for the connectivity, the smartphone supports 4G LTE networks (India bands supported), along with Wi-Fi, Bluetooth, GPS and Micro-USB connectivity.

Oppo being the official global partner of the 2016 ICC World Twenty20 also launched the Oppo F1 ICC WT20 limited edition smartphone. The new limited edition version of the smartphone was priced at an MOP of Rs. 17,990.

The Oppo F1 ICC WT20 limited edition to 'fit the spirit of T20' features an ICC World Twenty20 logo on its back panel. The Chinese tech firm will also be giving away the handset to winners of the 'Catch The Six' - Grab a six' and few more contests as a part of its campaign.

During our review, we found the general performance of the Oppo F1 to be very good; the interface functioned smoothly, and apps were responsive during multitasking. The phone worked well on 4G and it was cool for the most part.

Real world game performance was also pretty solid, and we didn't notice any issues with heavy or casual games such as Dead Trigger 2 and Alto's Adventure. On average, there was about 2GB of free RAM available for apps. The Oppo F1 handled high-bitrate video files with ease and also supported flac audio. Call quality was also very good as we didn't face any issues here.

The Oppo F1's rear camera captured fairly detailed landscapes and macros in daylight. Even indoor shots had good detailing. The highlight of the Oppo F1 is its front camera, which is an 8-megapixel shooter with an even wider aperture than the main camera. It manages to capture fairly detailed selfies under natural and artificial light while the quality dips a bit in low light. Oppo added a couple of new functions to help people take better selfies. Screen flash used the backlight of the display to illuminate face. We prefer this to a front-firing LED flash that can be blinding. It works provided the phone is at arm's length. There's also a "Palm shutter" feature which lets capture a selfie by waving palm and a "Beautify" filter to take care of those skin blemishes. 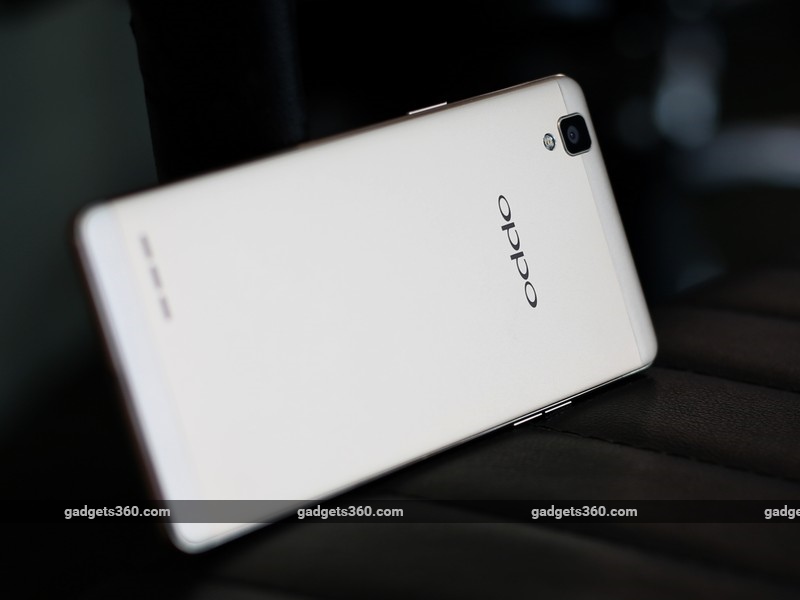 There were few things that concerned us during our Oppo F1 review. We found it getting warm during continuous video playback or when using the camera for video recording. The bundled headset felt cheap and didn't sit in ears comfortably, but the audio quality is pretty decent. There's no audio enhancement software. The rear speaker is decently loud for alerts but since it isn't stereo, and it's not the best for watching movies.

The overall camera performance was decent but pictures taken in low light tend to get a bit noisy and were not very clear. The same went for video recorded in low light. There's the same suite of shooting modes for the rear camera which we've seen before, including Expert mode, slow shutter and HDR, among others.

The Oppo F1 is priced at Rs. 15,990, which is not bad considering its overall performance. It has a lovely design and great build quality. General performance is good, and both the front and rear cameras deliver good quality in most lighting conditions. Battery life is also solid, given the moderate capacity. It would have been nice for Oppo to have added some more creature comforts such as NFC or even backlit navigation keys, which are lacking on the F1.