OnePlus Just Had Its Biggest Launch. So Why Is the Company Feeling Under Pressure?

For a company that released its first phone a little over three years ago, OnePlus has sure come a long way. OnePlus One may have been the underdog when it debuted in 2014, but there’s been nothing low-profile about the company’s newest smartphone, the OnePlus 5.

From teasers that started weeks before the launch, to roping in India’s biggest movie star as a brand ambassador, and throwing in a splattering of other minor celebrities and ‘influencers’ expressing their ‘love’ for the smartphone; if you live in India, the OnePlus 5 hype machine has been hard to escape. While this translated into giving the company its fastest selling smartphone till date, the increased time in the spotlight has also put some of its flaws firmly in focus, when they might have been overlooked in the past.

Carl Pei, the co-founder and the most visible face of OnePlus, says the team is surely feeling the pressure. Pei was in Delhi last week and Gadgets 360 sat down for a chat with him. As you would expect, we ended up spending most of our time talking about the OnePlus 5.

Pei started the conversation by rattling off some stats about the number of viewers that tuned in to witness OnePlus 5’s online launch, claiming they were second only to the kind of audience Apple and Samsung get for their events. Then came the first admission that the company might be feeling the weight of the increased expectations.

“These numbers are good, but it also gives us a lot of pressure because our customers, our fans, they expect us to be at the same level as Apple and Samsung in every area,” Pei said. “So in a way we’re put under a microscope. It’s been [a] good response, but also a lot of pressure for our team.”

Which OnePlus 5 Variant Is More Popular? Carl Pei's Answer May Surprise You

The OnePlus 5 may have been the company's biggest launch, but it’s also been the most controversial - if you ignore the cries of OnePlus 3 buyers when they saw the OnePlus 3T, that is. The design of the smartphone was in focus weeks before launch, and its similarities to Apple’s iPhone 7 Plus were rather hard to miss.

On OnePlus 5 camera and DxOMark

In the days leading up to the launch, Pei and the company’s official Twitter handle teased the camera capabilities of the OnePlus 5. That may be ’business as usual’ for launches in the age of social media, but this, and an iPhone 7 Plus-like dual camera setup, meant that expectations from the smartphone’s camera were sky high, especially since the OnePlus 3T camera had received largely positive reviews.

But things didn’t quite go as planned. While the ‘main’ camera on the OnePlus 5 still clicks pretty good pictures, the dual-camera functionality can be best described as half-baked. First, there was criticism of the company’s use of the term ‘lossless’ to describe the zoom functionality, which it was forced to retract. Second, in terms of performance itself, the secondary rear camera was found to be more hit than miss by most reviewers.

We asked Pei if he was happy with how the camera eventually turned out.

“We think we are happy with the camera. I think it's an improvement from previous generations, I think the DxO score also proves that it's a flagship worthy camera,” Pei said. “But is it the best camera in the market? That I cannot say.”

“We chose to focus on clarity. By clarity, I mean two things: one is when you tune camera you can either choose between exposing the photo in the bright way which reveals more noise. or exposing the photo in a darker way, [so there’s] less noise, but also less details - and we always aim for the clarity part, so basically less noise.”

“And the second portion to this is the megapixel count. If you have a lot of megapixels, then you can zoom the photo in more, at least theoretically,” he added.

“But where our setup falls short compared to some of the competition is in extreme low light. And that’s not something we can say we are the best in. So that’s one area where I think we don’t have the best experience, but we chose to focus the things that we thought were really important, and overall it’s a strong camera,” says Pei.

He mentioned the DxO score, and we had to ask more about the nature of the OnePlus’ relationship with DxOMark the company, which, among other things, rates various imaging devices and assigns then a DxO score. Even before the OnePlus 5 was launched, there were reports that OnePlus had tied-up with DxO for the development of the product. In that light, when the phone received a DxO score higher than the iPhone 7, eyebrows were raised in some quarters. It’s safe to say Pei is not amused with any suggestions of foul play.

“One thing that I'm a little bit disappointed about - especially online people - is how people are, they seem to always think about the most negative explanations for things, very cynical, ‘Oh they worked together, so they must have paid them for DxO [score]’,” he starts.

“DxO, they have a consultancy service where brands do pay them and they give suggestions on how you should tune the camera, so how should you do the white balance, what’s the optimal hardware etc,” Pei elaborates. “But they are used by many many brands as their clients to tune the camera - it's not something where you can go and [say] hey I'm gonna pay you a lot of money, and you can give me a high score.”

“We got a good score but not like the highest score,” he concludes.

The ‘Jelly Effect’ and other OnePlus 5 issues

The next thing we asked about is, of course, the ‘Jelly Effect’ that some users are reporting with their OnePlus 5 units. Pei initially downplayed the entire issue, saying that most ‘regular’ users aren’t even seeing the problem.

“[..] look at the data from customers who actually purchased the device, no matter what kind of study you do, people are really, really satisfied with the device. And if you look at customer support there's been very minimal returns - there's a lot of questions because there's a lot of media writing about the issue,” he says.

“Because a lot of people are like ‘I opened the phone and I don't have this issue, are all the phones different? Was I just lucky?’ Where in reality - and that's what we've been saying - this is how it is, all the phones are like this and there's nothing special with your phone. And if you're not happy, returning it - so different countries have different policies - might be a good solution for you. But this is not like DOA, we are not going to be able to exchange this because the next phone will be the same.”

“But for real customers, it hasn't been a problem,” Pei adds.

Jelly effect aside, a customer in India reported that his OnePlus 5 unit was shipped without the volume buttons. Then there was the case of the smartphone not recording audio correctly. We asked Pei if, given the laundry list of problems, the OnePlus 5 had actually been rushed out without proper quality controls?

He doesn’t directly answer the question but starts off by saying: “The sound portion, it actually was the same for the OnePlus 3 and OnePlus 3T, so it's been around for a pretty long time-”

“So you're saying that the problem has been noticed only now?” we interject.

“Yeah, but when we got the feedback for the [OnePlus] 5, we changed it immediately in the software - so 3, 3T, 5 have all been fixed,” Pei replies.

“What I'm saying is we’ve shipped a lot of 3 and 3Ts, and people didn't notice. I mean we appreciate the feedback and we are changing [based on the feedback], but that's what the point I was trying to make in the beginning,” he continues. “We are lucky that a lot of people are paying attention to us but it also puts a very high pressure on our team. People expect us to be perfect and they compare to with the best companies in the industry…”

We can’t help but interrupt Pei once again and ask why customers who are paying Rs. 35,000 should expect anything other than the best.

“That [expectation] is good for our team, it puts a short-term pressure on our team that forces them to improve really quickly, so we are taking it in a positive way. Internally it adds a lot of pressure to our team,” he says, reiterating what became a familiar theme throughout the conversation.

“You are not a user of the phone, but there’s been let's say five OTA updates since media started [got the review units]. I think the consumers have at least gotten three updates and majority of the problems are already resolved,” he explains.

We point out that there’s another way of looking at all those updates - that the phone was rushed out and all these problems should have been identified during testing itself.

“That could be a fair way of looking at it as well,” says Pei. 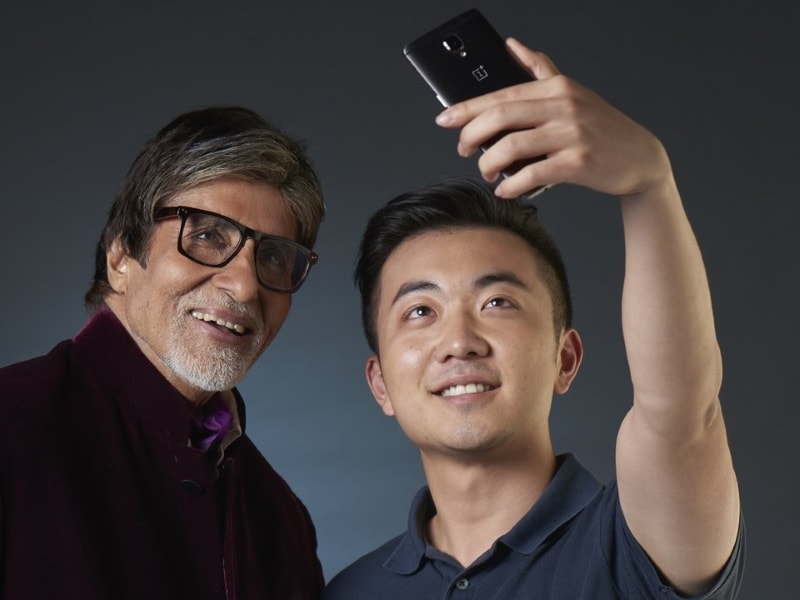 The conversation moves on to the case with the missing buttons, and Pei says, “We have one case of the button. So what I'm trying to say that there's so much attention on the brand that every case becomes a big case-”

Once again, we just have to interrupt and point out that shipping even one such unit is unheard of, and qualifies as a ‘pretty big case’.

Unperturbed, Pei goes back to the jelly display issue and confirms that the issue can be traced to the fact that the display has been installed in an upside down configuration in a bid to fit all components into the assembly. But he insists this has been done before and is not really a problem.

“If you look at the display, for instance, this effect actually has existed many, many years ago in other phones but no one actually brought it up.”

We ask Pei what other phones have shipped with ‘upside down’ displays and he names just one such model. We ask if the fact that only one such phone had shipped in so many years was in itself a hint that this might be an idea that might run into issues.

“We view it more as people put high expectations on us because we made them do it. We talk of the game, as you're saying we talked about the camera, we have so many people searching about OnePlus before the launch so naturally, they're gonna hold us to very high regards,” he says.

“So, we're not celebrating - like I said, this is our best phone so far financially - but internally we're not celebrating. All our [teams] - especially the product team and the service team - they have a lot of work to do, of course. There cannot always be a gap between expectations and delivery, you gotta work hard on bridging the gap.”

OnePlus Just Had Its Biggest Launch. So Why Is the Company Feeling Under Pressure?
Comment