OnePlus 3T vs OnePlus 3 in India: What's New and Different?

As expected, the OnePlus 3T has been launched in India, making it the third Snapdragon 821-powered smartphone in the country after Google Pixel, Google Pixel XL, and Asus ZenFone 3 Deluxe. While the new OnePlus 3T looks exactly the same as the original OnePlus 2016 flagship model, OnePlus 3, there are several new features under the hood that it offers. Apart from the new processor, the OnePlus 3T includes the new bumped front-facing camera, a new 128GB storage model, and even a new colour option.

The upgraded OnePlus 3T has been given a price hike in comparison to OnePlus 3. The new OnePlus 3T smartphone will go on sale starting 12.01am on December 14 in the Indian market and will be exclusively available on Amazon. In this post, we will see the major differences between the new OnePlus 3T and OnePlus 3 depending on which you can take a call to either wait for the upgraded version or go with the original model.

Storage
One of the biggest qualms with the original OnePlus 3 was the limited 64GB inbuilt storage, which is non-expandable. It seems the company has definitely acknowledged user complaints and has introduced a larger 128GB storage model. The OnePlus 3T comes in both 64GB and 128GB storage models, compared to just a 64GB model on the OnePlus 3. 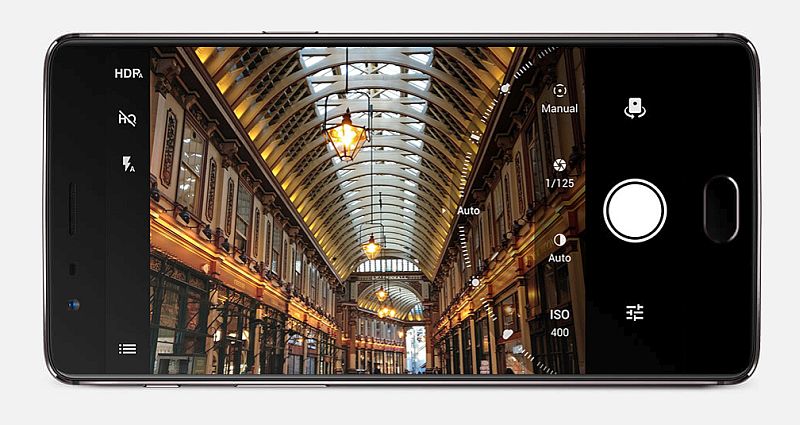 Camera
While the OnePlus 3T packs the same 16-megapixel rear camera featuring Sony IMX298 sensor, PDAF (phase detection autofocus), and 4K video recording as seen on the OnePlus 3, the Chinese company has bumped up the front camera on the 3T. It ships with 16-megapixel front camera with a Samsung 3P8SP sensor.

OnePlus 3T will be also available in Soft Gold and all-new Gunmetal colour variants, while the OnePlus 3 comes in Graphite and Soft Gold colours.

The Chinese company at the Tuesday event also confirmed plans to release a new OxygenOS build based on Android 7.0 Nougat for both the OnePlus 3 and OnePlus 3T by the end of this year. Apart from the above listed differences, OnePlus 3T and OnePlus 3 sport an identical anodised aluminium metal unibody design. The OnePlus 3T features fingerprint sensor on the home button and packs USB 2.0 Type-C port, as well as 3.5mm audio jack.