OnePlus 3 Vs. Xiaomi Mi 5: Which One Should You Get? 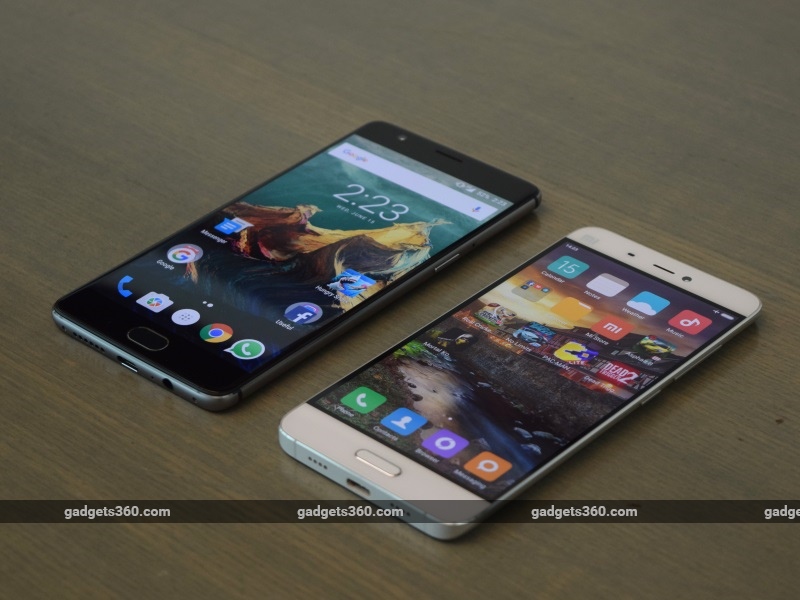 Highlights
Price has always been an important factor for people, and over time, become a much bigger factor than before when choosing a phone, and today, you have better smartphones at affordable prices for buyers. While the majority of the action remains in the under-Rs. 15,000 segment, it isn't hard to get top-level quality at a price that is much lower than the flagships of the last year or so.

When you think of flagship phones, you can't help but imagine having to pay around Rs. 50,000 for a smartphone, and phones such as the Samsung Galaxy S7 Edge (Review) and LG G5 (Review) help maintain that image. However, recent launches such as the OnePlus 3 (Review) and Xiaomi Mi 5 (Review) are out to change the norms and make flagships affordable.

But if you're buying a phone right now, which one should you get - how do these two compare with each other? We break it down to the basics to answer the question of which smartphone will be better for you. 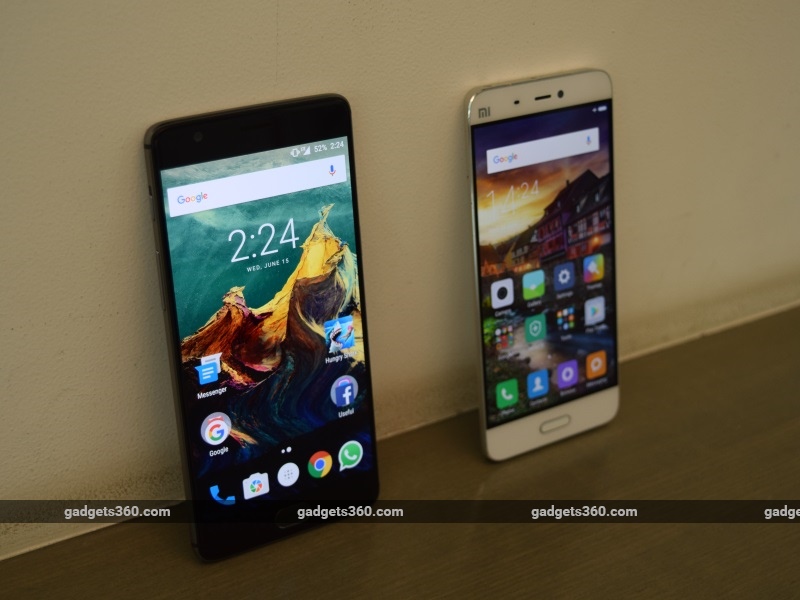 Look and feel
When it comes to design, it's hard to go wrong really, and indeed both of these phones look great. Whether you prefer the OnePlus 3 or the Mi 5 is purely dependent on your choice of build material. The former features an all-aluminium unibody, while the latter goes with a metal frame and glass rear panel. The Mi 5 is lighter thanks to its smaller overall size, but the OnePlus 3 feels a lot more solid and durable.

There are minor build issues in the Mi 5, as the rear panel has gaps at the edges and appears as if it would be easily removable, although the phone does not actually have a removable back. Because of this, and the sheer confidence that we got from holding the OnePlus 3, we're inclined to grant victory to the latter. 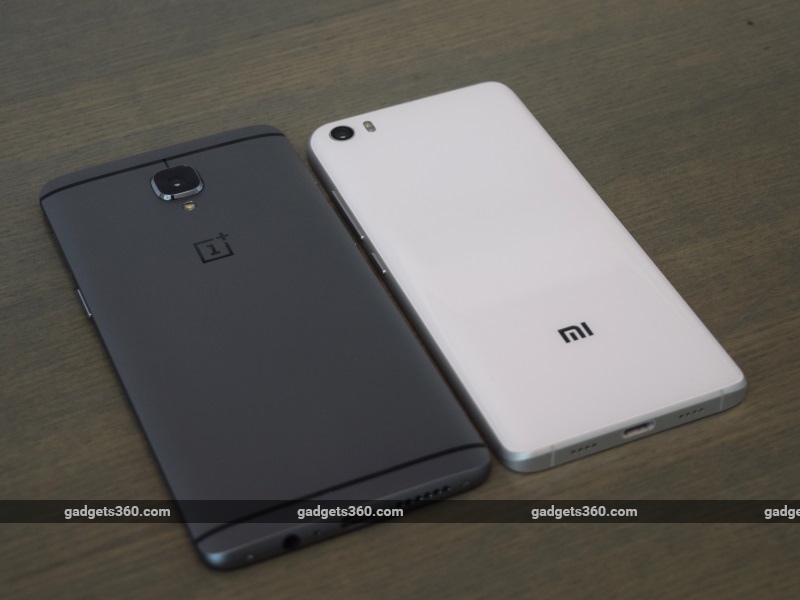 Display
Although the phones sport the same full-HD resolution, there are some key differences between the screens of the two. The OnePlus 3 has a slightly larger 5.5-inch screen, compared to the 5.15-inch display on the Mi 5. This obviously makes the pixel density and sharpness just a bit higher on the Mi 5, but this difference is barely noticeable and as such both screens are practically equal in sharpness.

The biggest difference lies in the screen technology used in each device. The Xiaomi Mi 5 uses an IPS LCD screen, while the OnePlus 3 uses Amoled technology. This means that the Mi 5 can go much brighter than the OnePlus 3, but does not produce blacks that are as deep. Furthermore, the infinite contrast ratio on the OnePlus 3 means that colours are more accurate. Both have their strengths and weaknesses, and we're calling this contest a tie. 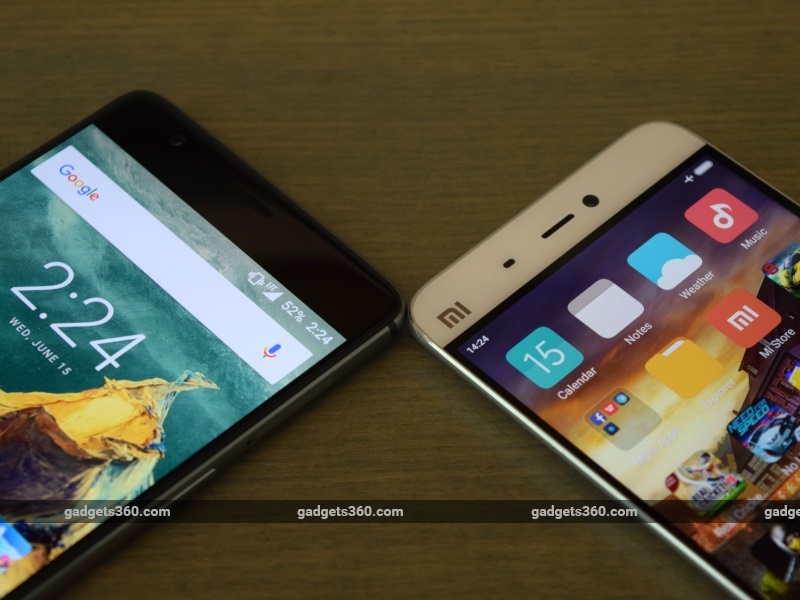 Software
While both phones run on the Android Marshmallow framework, there are significant differences in their primary overlays. The OnePlus 3 uses OxygenOS, which is a dual-layered interface with an app drawer and a homescreen, and is heavily influenced by stock Android and CyanogenMod. In contrast, the Xiaomi Mi 5 runs on MIUI 7, which is a single-layered interface and follows a different style and layout.

Both systems have a lot going on in the form of customisation and tweaks meant to set up your phone exactly how you want it. The Mi 5's customisations and tweaks are geared towards security, while the OnePlus 3 favours ease of use and lightness of the system, which improves performance. While the MIUI-powered Mi 5 has excellent software in its own right, we prefer the OxygenOS-powered OnePlus 3 in this case. 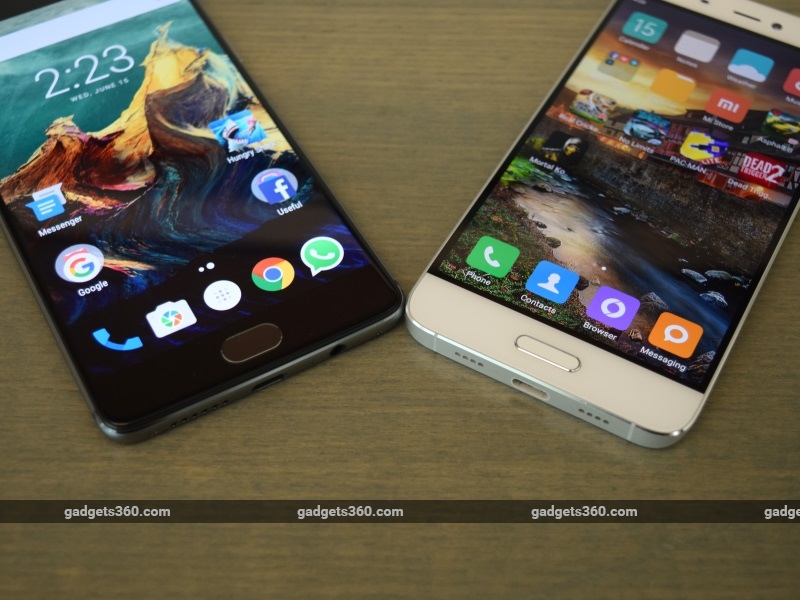 Fingerprint sensor
Both the Xiaomi Mi 5 and OnePlus 3 have fingerprint sensors at the front of the device, integrated into the home key. However, while the Mi 5 has a physical home key that can be pressed down, the OnePlus 3 has a touch-sensitive capacitive key. The Mi 5 does not register fingerprints from standby mode; it needs to first be woken. The OnePlus 3 can register prints and unlock the phone even from standby mode. Both sensors can be used for additional security apart from just unlocking the phone.

However, the sensor on the OnePlus 3 is just a little quicker and seems more accurate, primarily because time is not spent in first waking the phone by pressing down on the home button. It's one of the best fingerprint sensors we've ever used in a smartphone, and is the hands down winner in this contest. 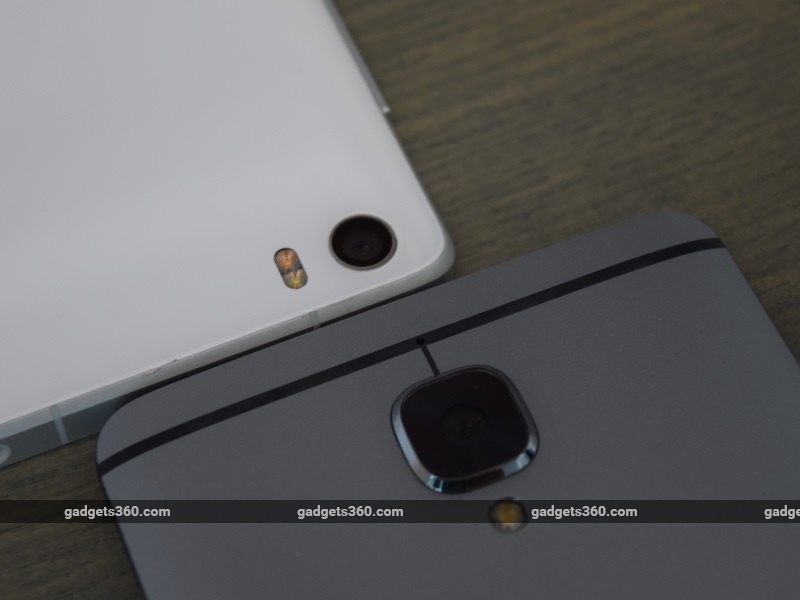 Camera
Both phones use 16-megapixel sensors for the primary camera, and are capable of shooting video at up to 4K resolution. The front cameras are different though, with the OnePlus 3 featuring an 8-megapixel shooter with 1.4-micron pixels and the Mi 5 using a 4-megapixel sensor with 2-micron pixels. Both phones shoot well in good light and indoors, and have slight weaknesses when shooting in low-light.

Additionally, there are some flaws in the camera app and software of both, and both phones also offer optical image stabilisation and shooting modes such as HDR, panorama and slow motion video. Selfies are great on the two phones as well, and as a result, we can't state which the better of the two is when it comes to camera.

Performance
The OnePlus 3 and Xiaomi Mi 5 both feature Qualcomm's current flagship SoC, the Snapdragon 820. However, the OnePlus has the processor clocked at a much higher 2.15GHz + 1.6GHz configuration across its four cores, while the Mi 5 throttles this a bit to 1.8GHz + 1.3GHz. And while both phones use the new LPDDR4 version of RAM, the OnePlus 3 has twice as much as the Xiaomi Mi 5 with a mammoth 6GB at your disposal.

Performance is just a bit better on OnePlus 3, thanks to an efficient combination of the SoC, RAM and software. Although the Mi 5 is no slouch, the reliability and raw power of OnePlus just about helps it take this win.

Battery life and charging
In a pure comparison based on our video loop test, the Xiaomi Mi 5 ran for 13 hours, 5 minutes and the OnePlus 3 ran for 16 hours, 45 minutes. In regular use, both phones easily last a day or more, depending on how you use it. While the OnePlus 3 has a more power-efficient Amoled screen, the Mi 5 makes up through its underclocked-yet-powerful SoC.

Battery life entirely depends on the way you use the phone, but more intense tasks and constant 4G connectivity will have a greater impact on the OnePlus 3 than the Mi 5. More screen time will of course cause the battery to drain quicker on the Mi 5, so this is an equal contest.

Both phones use some form of quick charging technology, with the Xiaomi Mi 5 using Qualcomm Quick Charge and the OnePlus 3 using Dash Charge. While Qualcomm's is the tried and tested technology, Dash Charge uses a different system of power management which makes the charger do all the work, thereby preventing excessive heat on the phone. Again, both technologies are more or less equal. 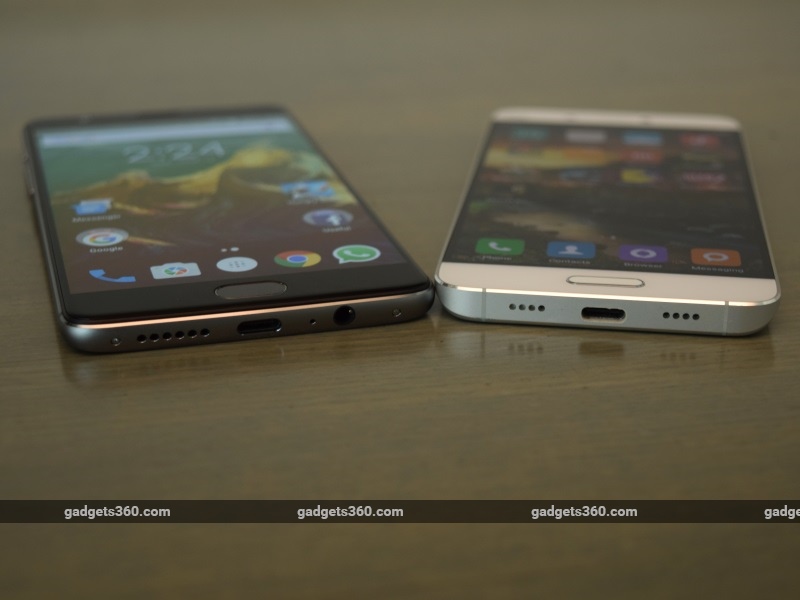 Verdict
After our comparison, it's clear that the OnePlus 3 is the winner here. It has better design, software and performance, as well as a visibly quicker and more accurate fingerprint sensor. The Xiaomi Mi 5 can only draw level when it comes to camera, screen quality and battery life, with no actual wins over the OnePlus 3. Additionally, while neither phone allows for expandable storage, the OnePlus 3 has 64GB of internal storage, compared to 32GB on the Mi 5. And as such, the OnePlus 3 is our firm recommendation between the two.

However, it was a close decision, and we know that many aspects of a phone are subjective. The Xiaomi Mi 5 does have some advantages over the OnePlus 3. It's smaller and lighter, has a brighter screen, could produce better battery life under certain conditions, and fans of MIUI will definitely prefer the attention to security and its related customisation options. And importantly, it's cheaper than the OnePlus 3 by Rs. 3,000. If these factors are important to you, the Xiaomi Mi 5 will be a more attractive option.

Both phones are available to buy now online, free of any registration, flash sales or invite-based sale models. Rest assured whichever option you choose, you'll be buying an excellent smartphone.