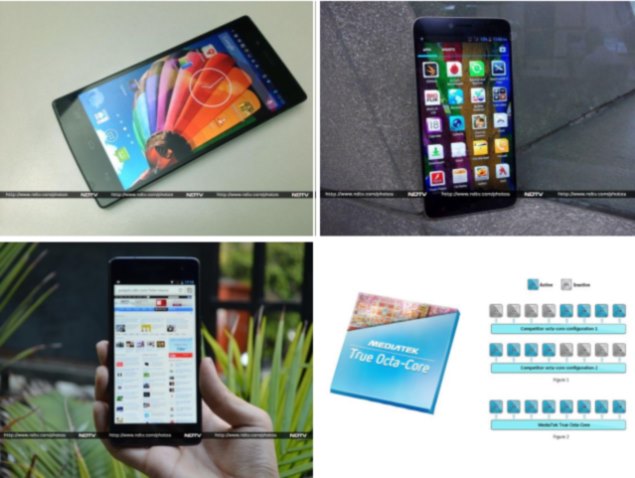 Just as processor clock speeds were once considered the sole measure of a PC's performance in the 90s, core count is becoming today's default indicator of smartphone power. While dual-core devices were all the rage just a short while ago, customers are now demanding quad-core at the very least, and manufacturers are racing to one-up the competition by pushing out phones which have octa-core processors in them.

Enabling this phenomenon is MediaTek, a manufacturer of ARM-based processors which, until the recent spate of low-budget Android devices, had managed to maintain a pretty low profile. MediaTek's processors are based on the industry-standard ARM architecture, but are generally not as powerful or as integrated as those from more well-known competitors such as Qualcomm.

MediaTek offers a variety of models, most of them aimed at the lower end of the smartphone market. However, they've been quick to sense the growing interest in boasting about core count, and have developed an octa-core chip, the MT6592. So far, three phones have launched in India with this processor: the Intex Aqua Octa, the Wickedleak Wammy Passion X, and the Micromax Canvas Knight. Karbonn has also recently announced the Titanium Octane and Titanium Octane Plus models, which will join this exclusive club. 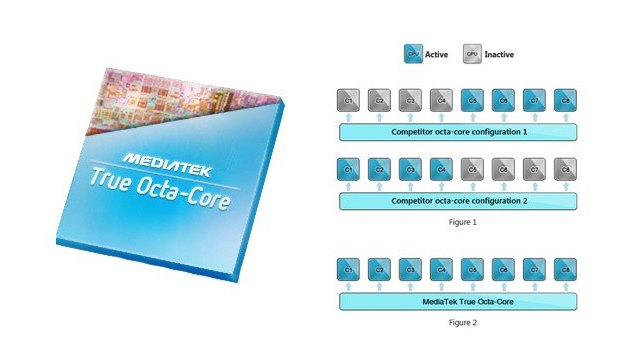 Is eight better than four?
Various ARM licensees have been offering eight-core configurations for a while now, but their approach is to have one cluster of four high-powered cores which don't prioritise energy efficiency, and another of four low-powered cores which are much easier on the battery. Depending on the amount of work the processor is called upon to do at any point, it can rapidly switch between the two clusters.

ARM calls this arrangement big.LITTLE, and claims that it can be used to achieve far better control over power efficiency than is possible with clock speed scaling alone. The high-powered and low-powered cores do not generally operate at the same time, although this is possible in certain implementations and is known as heterogenous multiprocessing.

MediaTek, on the other hand, is proud to boast that its MT6592 is a "true octa-core" chip, in which eight cores of the same design can operate simultaneously. While eight simultaneous cores would obviously be able to deliver superior performance to four, Mediatek's building blocks themselves aren't the most powerful. The architecture is also heavily dependent on the way the OS and applications are written.

Ideally, having more processor cores should allow a device to be more responsive, which means multitasking should feel snappier. Applications shouldn't have to wait as long for the processor to allocate resources to them, and cores not in use should be able to shut down completely in order to minimise their impact on battery life.

The question that remains is whether having eight cores is overkill. Even if there's minimal impact on battery life, will half or more of them simply remain idle most of the time? Is "octa-core" more of a marketing line than an actual technological advantage? 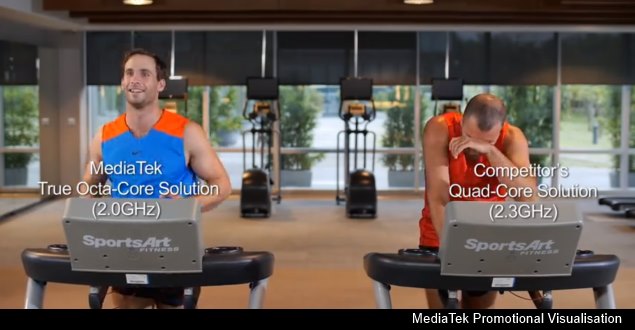 In several cases, the answer seems to be yes. Manufacturers are now trying to rationalise core counts while still appearing to be ahead of the competition, and hexa-core designs that ditch two of the higher powered cores. Samsung's Exynos 5260 processor is based on heterogenous big.LITTLE MP. With all six cores able to run together or independently, there's no need to have an even number of cores for loads to be balanced.

There are also other factors to be considered when comparing one processor to another. Beyond just the number of cores and their speed, the core architecture itself is obviously important. Improvements in manufacturing processes over the years also contribute to power efficiency, heat dissipation, size, cost and overall performance.

Today's mobile processors are integrated Systems-on-a-chip (SoCs), and have absorbed many of the features and functions that used to require dedicated chips, including mobile voice and data connectivity, Bluetooth, FM, USB, camera controller, sensor controllers, GPS, multimedia encode/decode acceleration, and of course graphics. Due to the presence of multiple ARM processor vendors, capabilities vary wildly between chips.

Graphics capabilities are especially important when it comes to today's visual-heavy OS interfaces, games, HD movies and content-rich websites. Most higher-end and even mid-range phones come with full-HD screens, and processors have to keep up with the increased visual and raw processing workload. Even if a processor boasts of eight CPU cores, weak integrated graphics will severely impact the usability experience.

Finally, there's the question of software support. Processor vendors have to ensure that Android can run on their hardware, which means not only creating drivers and other supporting tools at the time of each product release, but also repeating that process for each Android update. That's one of the reasons lower-end devices remain stuck on older Android versions with no hope of being updated.

The real story
We tested three of the first phones in India to be based on MediaTek's MT6592, and compared their results. Here's a quick rundown of the features and specifications of the devices in question. For the sake of comparison, we've included details and test results of a comparably priced phone based on a Qualcomm Snapdragon 400; the Samsung Galaxy Grand 2.

As you can see, there are a few variables even though the core feature set remains the same. Thus, when it comes to performance, there is room for differences to creep in. Our tests include a variety of synthetic benchmarks, which might not reflect exact real-world usage situations, but do serve to provide comparable numbers between devices, based on identical workloads and test conditions.

We put all three phones through a set of tests that stressed their CPUs, GPUs and batteries. CPU-bound tests such as SunSpider, Kraken and AnTuTu exhibited minimal variation between devices, but GFXbench, 3DMark and Quadrant's 2D/3D tests clearly point to a difference in graphics capabilities.

And so it appears that the octa-core MediaTek processors actually do have a performance advantage over the quad-core Qualcomm chip. Of course you don't get double the performance, and there are instances in which the Galaxy Grand 2 edges out its competition.

It's also easy to see the effect of other variables, such as a full-HD 1080p screen vs a comparatively grainier 720p screen. The Intex Aqua Octa doesn't have to push as many pixels as the other phones with the same processor, resulting in a marked increase in performance in graphics-heavy tests. Unfortunately, when manufacturers try to cram too many buzzword-worthy specifications into a product without seeing how they all balance out, the end user suffers a poorer experience.

Ultimately, we can see that "octa-core" isn't just a marketing term. There are clear advantages to having the spare processing power, and MediaTek seems to have found a way to implement an eight-core SoC within a budget, and without killing battery life. While Qualcomm might not have had much to worry about before, it also seems as though eight weaker cores can hold their own against four stronger ones; a fact which is already leading to some interesting market dynamics in the sub-Rs. 20,000 price range.

So what's next? Will MediaTek refine its products and processes enough to take on the high-end Snapdragon 600 and flagship-class Snapdragon 800 series? Will Indian brands ride on MediaTek's coattails and start pushing into the premium space and create pricing headaches for multinational brands? Will Qualcomm lose its position as the best vendor for top-tier smartphone and tablet processors? We can't wait to find out.