Nokia announced its first Windows Phone 8 devices on Wednesday at a press event in New York. Part of company's Lumia series, the new devices are Lumia 920 and Lumia 820.

Nokia Lumia 920 is the new company flagship smartphone and comes with some great features; however Lumia 820 is a mid-range device but the smartphone features aren't that different from 920.

We did quick specs comparison to give you an idea of how both smartphones are different from each other. 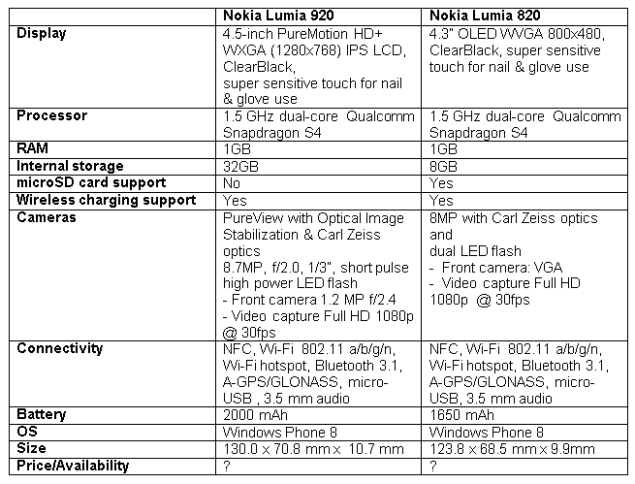