Fewer 'Plus' Nokia Phones, Nokia 9 PureView India Launch, and More: What to Expect From HMD Global This Year

Wondering why the Nokia 9 PureView isn’t here yet? Read on.

The Plus moniker, as seen on the Nokia 6.1 Plus, will be used less in the future by HMD Global

It's safe to say that HMD Global has done a pretty solid, if not spectacular, job of reviving the Nokia brand in today's cut-throat smartphone market. The company's smartphones have upheld the reputation Nokia smartphones of old had when it came to build quality and design. The decision to stick with Android One has allowed the company to become the industry leader when it comes to delivering platform updates as well as security patches to its entire portfolio.

In its first year of operation, HMD Global had a very clear and concise product portfolio. However, the situation has become murkier with the launch of Plus models, six-month refresh cycles, as well as old discounted models competing with newer offerings. India is also awaiting on the Nokia 9 PureView, the launch of which was teased a few weeks ago but is yet to materialize.

On Thursday, HMD Global launched the Nokia 2.2, its most-affordable Android One smartphone yet. At the sidelines of the launch event in New Delhi, Gadgets 360 spoke to Pranav Shroff, Global Portfolio GM, HMD Global about the Nokia 9 PureView's India launch date, lessons learnt from 2018, and how the company plans to streamline its product portfolio.

When asked if launching a multitude of similar smartphones — a strategy Samsung tends to employ in the budget and mind-range segments — was a conscious one, Shroff explained that HMD Global had a very clear line-up in 2017, consisting of the Nokia 5, Nokia 6 (Review), Nokia 8 (Review), and Nokia 2. But in 2018 the company had a mission — internally called ‘A Nokia smartphone for everyone' — to have a full-fledged portfolio. As such, the company filled every space in the market from the entry-level Nokia 1 (Review) to the flagship Nokia 8 Sirocco (Review). 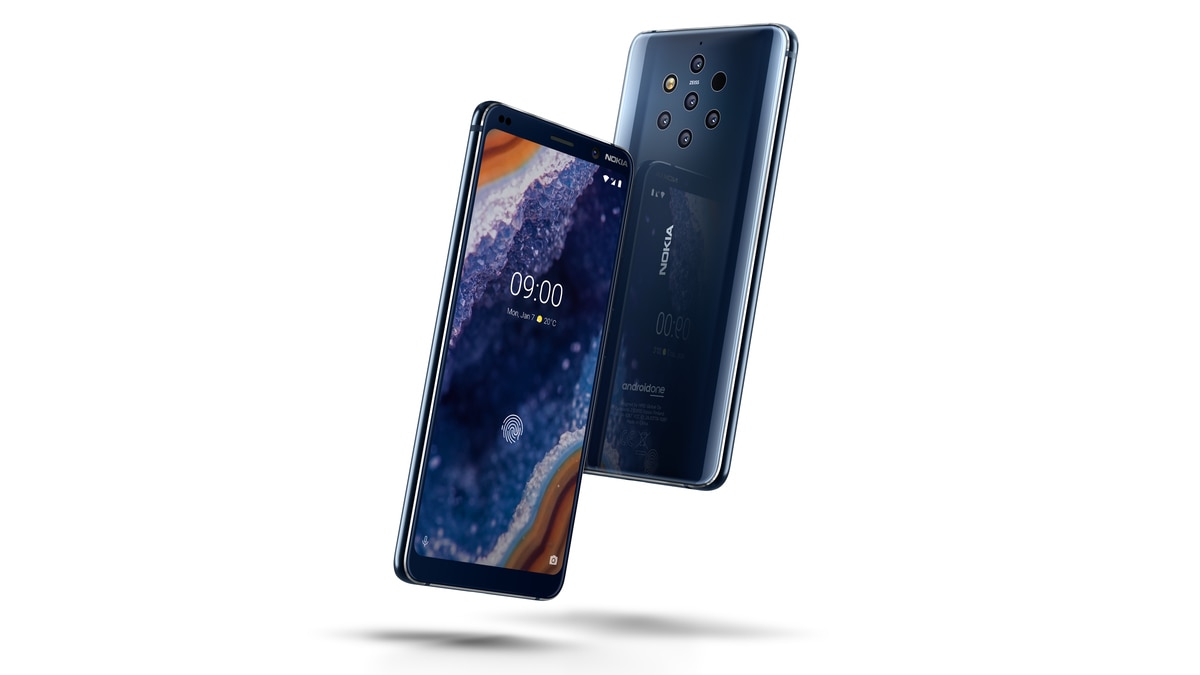 The Nokia 9 PureView will eventually launch in India

Where the company went wrong, Shroff believes, is the launch of the Plus series in the second half of 2018. “In hindsight, that's where we created confusion,” he explains. “I think we introduced something like twelve or thirteen phones in a market like India.”

“We owe it to our consumers — and generally everybody — to make sure its [the product portfolio] clear. If we have not made that clear, and I agree that we haven't, then that is something we need to work on better”, he added.

We reminded him of a clear example of confusion caused by HMD Global's naming conventions when last year's Nokia 7.1 (Review), which consumers expected to be the successor of the Nokia 7 Plus (Review), ended up slotting in below the 7 Plus in price as well as specifications.

In response to this, Shroff claimed, the company has adjusted along the way and blamed the confusion on HMD Global being newcomers. He admitted that “the [Nokia] 7 Plus successor was actually the [Nokia] 8.1 and we realised we should have called it [Nokia] 8.”

Shroff continued, “I myself started with a very pure mentality saying when the first Nokia 3 (Review) goes away, the new Nokia 3 comes in. In practice, this does not happen. The old model will continue in certain channel and erode in price and then you start getting into a little bit of a confusion.”

“I don't think consumers get that this is the previous generation, this is the newer one, this comes with a newer OS,” he added. “So yes, it's not super clear, and we need to do a better job at this”.

Talking about the future, Shroff claimed the company wants to make sure the portfolio is very clear to the consumers. “We have a job to do there if we haven't done it well enough, which I can see. So yes, the strategy [for the future] is to make sure to bring the simplicity that we always wanted to have.” We met up with Pranav Shroff during the Nokia 2.2's launch

Regarding Plus models, which had a huge role to play in creating this confusion, as he himself admitted, Shroff said that “the intent is to do a lot less plus models [going forward], if not get rid of them”. He ended this topic by reiterating “we will make sure that we will bring the simplicity back, and the clarity of our naming back to how we had envisioned it to be”.

The conversation then shifted to HMD Global's latest flagship, Nokia 9 PureView, the Indian launch of which was teased more than two months ago via Nokia India's Facebook page. The Nokia 9 PureView marks the revival of the PureView brand, first seen on the Symbian powered Nokia 808 PureView in 2012, and features a five-camera setup at the back - two colour (RGB) and three monochrome 12-megapixel sensors. Currently, there is a void in HMD Global's Indian smartphone portfolio, with no smartphone above the 6GB variant of the Nokia 8.1, which launched at Rs. 29,999 and is now retailing for less than 26,000 rupees.

Shroff claimed that the Nokia 9 PureView will definitely arrive in India, but the launch has been delayed in order to focus on budget-oriented models such as the Nokia 2.2 which are more relevant in this country.

“We will definitely bring Nokia 9 PureView here. Ideally, we would have liked to have done it at the same time [as the global launch] but there is always a prioritisation that happens - like the Nokia 2.2 is coming first to India,” he explained.

“The intent is to serve the market with what is relevant to the market. If you look at the India smartphone market, less than 1 percent of consumers shop over 30,000 rupees,” Shroff added. “The reality is that this market we are specifically sitting in doesn't buy in this segment.”