Nokia 3310 Coming to India Before Android Phones; Online and Offline Models to Be Mutually Exclusive 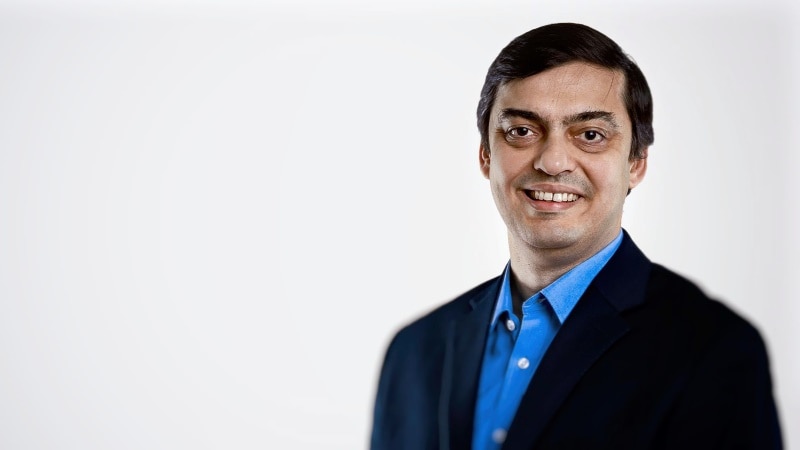 The New Nokia 3310 stole the limelight at MWC 2017, making Nokia - or more accurately HMD Global - the object of envy for every major player attending the year's biggest mobile expo. HMD Global, which holds the rights to the Nokia brand on mobile devices, made us nostalgic with the launch of the New Nokia 3310, which has received an overwhelmingly enthusiastic response at the event.

But the New Nokia 3310 is not the only Nokia phone at the event, as a number of other Nokia Android phones were launched at MWC 2017 as well. The new Nokia 3, Nokia 5, and Nokia 6 will be launching internationally in Q2 2017, and all four phones are coming to India. Gadgets 360 caught up with HMD Global's Vice President India, Ajey Mehta, at the sidelines of MWC in Barcelona to talk about the new phones and everything else around them.

"We are looking to launch [the Android phones] starting from end-May to early-June," says Mehta, though the new 3310 could here sooner. "The 3310 we're still finalising the dates, we'd like to launch before the smartphones but it's not yet confirmed," he adds.

Earlier reports had indicated that the company will be following a Make in India strategy for the new Nokia phones, but Mehta tells Gadgets 360 that's not quite finalised yet.

"The plan is to have all the phones manufactured in India and we are working with Foxconn to make that happen," says Mehta. "If they are not able to ramp up it could be from Vietnam or China, but ideally it would be made in India."

Once the phones are ready, Nokia plans to sell them both online and offline, Mehta says. However, he adds that some of the smartphones will be available exclusively online, and some will be sold only offline.

"We will pick the channel that reaches the consumer, and that is the millennial," he says. "So we will have a channel agnostic strategy, we will go online, we will go offline, as far as possible, we will ensure that the products are mutually exclusive."

In other words, if the Nokia 3310 is being sold via online channels - and this is just a hypothetical example at this stage - it won't be available offline. Similarly, phones that are available via retail won't be sold via the e-commerce portals, at least officially. The strategy of course is designed to protect the interest of all channels and not have cases where one is undercutting the other's business.

"It'll be on a product-by-product basis," explains Mehta, instead of the entire line of smartphones or feature phones being limited to a channel. With demand for Nokia phones expected to be high, no decision has been made yet if the online platforms will follow the flash sale model, Mehta added. But to better prepared for the demand, the company is carrying out market research right now.

"We are doing all the analytics involved in arriving at the number that will be most accurate, and working on our go to market plans," says Mehta. "We are also preparing our whole logistics setup, and we've changed our own strategy, selling directly to redistribution-stockists, instead of a single national distributor which was the case until December. This brings us closer to the market, the industry tends to change so fast. Having fewer layers gives us a faster response time."

However, these will not be dedicated Nokia service centres - as is the case with most other brands, HMD Global is also going to be using multibrand outlets, with "dedicated Nokia Zones," though Mehta says that once the brand scales up, it will revisit the model.

Saying that he sees this set of launches as an opportunity to build a new Nokia that is still in line with the values of consistency and being solid and stable, Mehta adds that Nokia has been a people's brand.

"You can sell a Rs. 60,000 phone, and a Rs. 1,000 phone and that won't take the sheen off the brand," he says. "Our ambition is to continue to build Nokia as a people's brand, and we will have a presence across all price points."

"We will be a full-range player," adds Mehta. "We are starting here because around 60 percent of the consumers in India are in the Rs. 6,000 to Rs. 19,000 price points, but over time we will launch across all price points."

For an extended version of this interview, check out the video above.