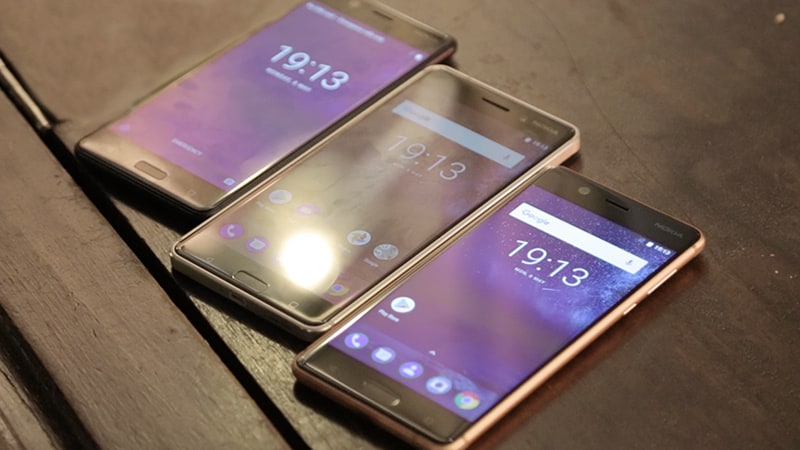 Welcome back to our weekly roundup of news from the world of technology. This week, the focus of attention was Nokia, as the brand made its way back to India. HMD Global, the custodians of the Nokia brand, three phones - the Nokia 3, Nokia 5 and Nokia 6 - which are all Android phones. At the time of the launch, the company confirmed that only the Nokia 3 would go on sale in June. Well, the offline-exclusive Nokia 3 is now available at your neighbourhood retail store, a fact that Gadgets 360 has been able to confirm. Nokia 3 is the most affordable of the three new Nokia Android smartphones by HMD Global, having been priced in India at Rs. 9,499. It has a 5-inch HD display, Android 7.0 Nougat, a 1.3GHz quad core processor, 16GB of storage, and 2GB of RAM.

Nokia 3 vs Xiaomi Redmi 4 vs Oppo A37 vs Lenovo K6 Power: Price in India, Specifications Compared

The OnePlus 5 is going to launch next week - globally, followed by the India launch - and the leaks and official buildup continued this week. A teaser confirmed a refreshed OxygenOS is coming with the OnePlus 5, complete with the addition of a blue light filter. You'll have a slider to make the display cooler or warmer. OnePlus has so far confirmed that the OnePlus 5's rear camera will be capable of bokeh effect as well. The price, specifications, and images of the phone were also leaked yet again. With the latest leak, the price for OnePlus 5 has been tipped to start from $479 (roughly Rs. 30,800). The smartphone is expected to feature a 5.5-inch full-HD display, and two RAM variants - 6GB and 8GB.

The global unveiling of the smartphone is scheduled for June 20, while a separate OnePlus 5 India launch will happen on June 22. The registrations for the phone have started in China and are already attracting huge numbers, and after the India launch, expect OnePlus 5 pop-up events in Bengaluru, Delhi, Hyderabad, and Chennai. A limited number of OnePlus 5 units will be available for sale at these events, and anyone can enter to buy the phone.

Meanwhile, the Reliance Jio effect continues unabated, as rival telcos have no choice but to drop prices to remain an attractive option. BSNL unveiled a new plan under which it is offering 360GB data for Rs. 444, for prepaid users. The BSNL 444 plan has a 90 day validity, and you can use up to 4GB of 3G data per day, which means you get up to 360GB of data, for an effective price of Rs. 1.23 per GB. No calling benefits are included with the BSNL 444 plans.

Idea rolled out a new plan offering 70GB data for Rs. 396, with a limit of 1GB per day for 70 days. Customers who use this pack will also get free Idea-to-Idea calls. And Reliance Communications (RCom) is also offering a 28 percent discount on select postpaid plans for 1 year. It is offering 30GB with unlimited calls for Rs. 499, or at Rs. 333 with 1000 minutes of talktime.

The telecom subscriber base crossed 1,198 million in April, according to TRAI, helped along by Jio, but the company saw its slowest subscriber growth in April. Jio now has 112.55 million users, but added only 3.87 million in April - a far cry from the 19.6 million it added in October. Plus, TRAI says that telcos have asked it to fix a minimum price for calls and data, which could end the free calls and chap data plans we've gotten used to since Jio launched.

In India, the Moto Z2 Play went on sale this week, via both Flipkart and offline channels. The phone is priced at Rs. 27,999, and was launched in India last week. The Moto Z2 Play supports Moto Mods and was quick and responsive when we tried it out. Aside from that the Moto C Plus is set to launch on Monday in India, and will be available via Flipkart right away. The Moto C Plus is aimed at first-time smartphone buyers, and packs a 4000mAh battery. It also has a 5-inch HD display, with a 1.3GHz quad-core processor, and either 1GB or 2GB RAM, along with 16GB of inbuilt storage.

Samsung got in on the act as well, and launched two new phones this week in India. Samsung unveiled two new 'J' series smartphones, the Galaxy J7 Max and Galaxy J7 Pro, at an event in New Delhi. Both sport a slim metal unibody design with no bezel on the left and right edges of the smartphone. The Galaxy J7 Max and Galaxy J7 Pro are priced at Rs. 17,900 and Rs. 20,900 respectively, and will be available offline, and on Samsung's online store, from June 20 and mid-July respectively.

Along with the two phones, the Korean company also launched Samsung Pay Mini. Samsung Pay Mini is a new form of payments via the phone, supporting the Unified Payments Interface (UPI), along with mobile wallets. Unlike Samsung Pay, the "Mini" version does not support the "tap and pay" capability with which you can pay offline from your saved debit or credit cards.

The HTC U11 "squeezable smartphone" was launched in India priced at RS. 51,990. Its standout feature is the "Edge Sense" that lets you access different functions by simply squeezing the sides of the phone. It will be available via Amazon and offline from the last week of June. The phone sports a 5.5-inch quad-HD display, powered by a 2.45GHz quad core Snapdragon 835 SoC, and the India variant gets 6GB of RAM, and 128GB of storage.

The Alcatel A3 10 tablet with 4G and voice calling was launched this week at Rs. 9,999; it features a 10.1-inch display, and is powered by a 1.1GHz quad-core processor and 2GB RAM. We also saw the launch of the Intex Elyt E7 priced at Rs. 7,999. The phone has a 4020mAh battery, and comes with a fingerprint scanner on the back.

The Most Interesting Things at Computex 2017 Were the Chairs

Sennheiser launched the Momentum in-ear wireless exercise headphones at Rs. 14,999. The Bluetooth headphones use NFC for pairing, and claim a 10-hour battery life. Another interesting launch in India was the Fujifilm Instax Mini 9 instant camera. The camera will set you back by Rs. 5,999 and gives you an instant print of a 62x46mm photo. It's a basic instant camera that's best used for close up photos.

Intel announced this week that it will be investing Rs. 1,100 crores ($170 million) in India, on a new R&D centre in Bengaluru which will generate 3,000 jobs. The fresh investment is in addition to $2 billion (roughly Rs. 12,852 crores) the chip maker had invested in the country till 2016.

Meanwhile, although there are rumours that Amazon is looking to acquire BigBasket in India, in the US, it made a huge move into the groceries market - acquiring US grocer Whole Foods for $13.7 billion. Does this signal a larger interest in the space, and make the BigBasket rumours more likely? We'll likely know more soon.

And in a move that's probably meant to reduce its dependence on Flipkart and Amazon by encouraging people to shop more on its store, Xiaomi India has announced a "Reward Mi" programme that will offer discounts, and early access to certain products to loyal customers.

PS4 Pro Competes With Xbox One S, Not Xbox One X: Microsoft

Nokia 3 India Launch, Jio vs BSNL and RCom, OnePlus 5 Software, HTC U11 Unveiled, and More: Your 360 Daily
Moto C Plus With 4000mAh Battery to Launch in India Today