MWC 2019 Preview: What to Expect at the World's Top Mobile Fair

MWC 2019: 5G and foldable phones are expected to dominate the conversation at MWC 2019

MWC 2019 is around the corner. It is that time of the year when the entire smartphone industry descends on Barcelona to offer a glimpse at the latest and upcoming technologies. While the key players like Samsung and Apple prefer showing off their new phones at standalone events, rest of the smartphone brigade will be flooding the Mobile World Congress showfloor with new and exciting devices. 5G and foldable smartphones are two technologies that are expected to dominate the conversation at MWC 2019. Additionally, we will of course get to see the usual crop of new phones from the likes of Sony, LG, HMD Global, and others.

After ditching the Mobile World Congress for the announcement of its flagship over the last couple of years, LG is returning to Barcelona this year to unveil its G8 ThinQ smartphone. The South Korean company has already revealed couple of details about the phone, including that it will feature Crystal Sound OLED technology, which turns the screen of the phone into a speaker. Further, the phone will pack a Time-of-Flight (ToF) front-facing camera. ToF sensor helps the phones calculate the distance between the subject and camera. It is particularly useful in AR/ VR applications as well as biometric authentication methods like face unlock.

Other specifications of the phone are unofficial at this point, but it is expected that the LG G8 ThinQ will be powered by Snapdragon 855 SoC and pack 6.1-inch screen. A leaked render recently suggested that the phone will also include dual-camera setup on the back and a dedicated Google Assistant button.

HMD Global, the Nokia-brand licensee, has some big plans for the Mobile World Congress. The company is expected to unveil a five-camera smartphone at the event, which is rumoured to be called Nokia 9 PureView. Additionally, the company is reportedly bringing three more smartphones – Nokia 3.2, Nokia 4.2, and Nokia 1 Plus – to the fair.

As per the leaks and rumours, the Nokia 9 PureView is expected to pack Qualcomm Snapdragon 845 SoC, an in-display fingerprint sensor, and 18W fast charging support. Further, the phone will come with 4GB of RAM, 128GB of inbuilt storage, NFC, and a 6-inch display. The specifications of the Nokia 3.2 and Nokia 4.2 are a mystery at this point, however Nokia 1 Plus is said to be featuring an 18:9 screen of unknown size with 480x960 pixels resolution, quad-core MediaTek MT6739WW SoC clocked at 1.5 GHz and 1GB of RAM. The phone is also expected to run on Android 9 Pie (Go Edition).

Apart from HMD Global and LG, Sony is another big-name smartphone maker that is going to reveal its wares in Barcelona in the next few days. The Japanese company is reportedly bringing as many as four new phones to Barcelona, including Sony Xperia 1, Xperia 10, Xperia 10 Plus, and Xperia L3 (branding unconfirmed). Sony Xperia 1 is rumoured to be the new flagship phone of the company, and is said to feature a 6.5-inch 4K HDR screen with 21:9 aspect ratio and QHD+ resolution. The phone is also likely to come with Snapdragon 855 SoC, 6GB of RAM, 256GB of storage, and Android 9.0 Pie.

The Sony Xperia 10 is rumoured to be powered by Qualcomm Snapdragon 660 SoC, coupled with 6GB of RAM and 64GB of inbuilt storage. The phone will sport a 5.9-inch screen with 1080x2560 pixel resolution. The Sony Xperia 10 Plus, on the other hand, will feature a 6.5-inch display with 1080x2560 pixel resolution. Additionally, both Sony phones will include the connectivity options like dual-band Wi-Fi 5 and Bluetooth 5.0 as well as USB Type-C port. Lastly, the Sony Xperia L3 is believed to an entry-level affair with HD+ screen, a MediaTek SoC, and 3GB of RAM. 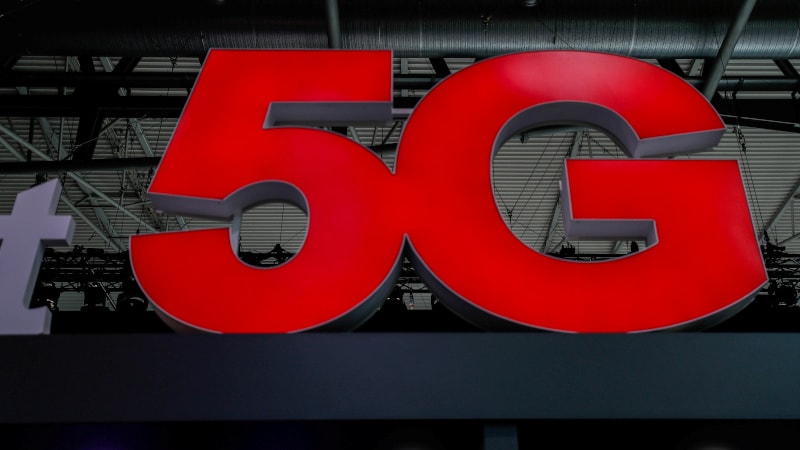 Foldable smartphones and 5G at MWC 2019

Samsung may have become the first major smartphone maker to unveil a foldable smartphone, but it is likely to have some company very soon. A number of smartphone makers, including Huawei, are expected to talk about their foldable phone plans at MWC 2019. Huawei has been hyping the foldable device by plastering it all over its MWC invite, but little is known about the actual device. Rumours indicate that it might pack a 7.2-inch screen, HiSilicon Kirin 980 SoC, and 5G connectivity. Apart from Huawei, we are also likely to hear from Xiaomi and Oppo about the foldable phones. Xiaomi has already given the world a glimpse its folding photo prototype.

In terms of the 5G devices, the likes of OnePlus, Xiaomi, LG, Huawei, and ZTE are likely to reveal their progress at the fair. It could be prototype or market-ready devices as the details are scarce at this moment.

In addition to its foldable smartphone plans, Oppo will also be detailing its 10x hybrid optical zoom technology and probably showcase a device using the tech at MWC 2019. The company had given the world a peek at the technology last month. According to the company, the technology is using a triple camera setup, instead of the dual camera setup in 5x hybrid optical zoom tech. The new setup includes an ultrawide-angle camera, a primary camera, and a third camera with periscope style setup for the telephoto action.

Microsoft may be out of the smartphone game, but the company is still likely to make its presence felt in Barcelona as it is expected to bring the HoloLens 2 to the mobile fair. The mixed-reality headset is mystery at this point, but we won't have to wait for long for the official details.

All this is just some of what is likely to be announced at the Mobile World Congress over the next few days. We are expecting plenty more action, more devices, and more technologies that haven't been spoiled by the leaks. We will be present in Barcelona to bring you all the details right from the Mobile World Congress 2019, so don't forget to keep an eye out on Gadgets 360 to catch everything from MWC.