All the three phones feature a 6.3-inch display and run on Android Pie. 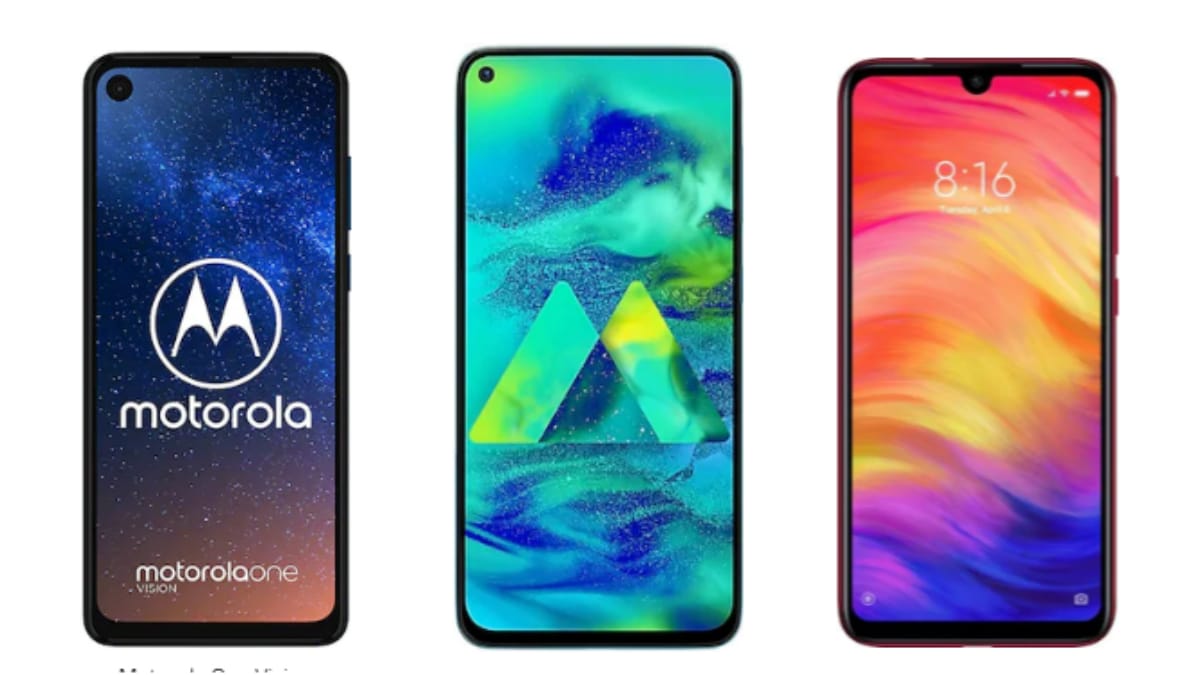 Motorola One Vision was launched in India, and its price is set at Rs. 19,999. The phone will compete with the likes of other popular budget offerings like the Samsung Galaxy M40 and the Redmi Note 7 Pro. All three phones come with a 6.3-inch display and run on Android Pie. The Motorola One Vision has a few differences from its competitor and we highlight all of the differences down below.

We pit the Motorola One Vision against the Redmi Note 7 Pro and the Samsung Galaxy M40 to see which one fares better on paper.

The Motorola One Vision price in India has been set at Rs. 19,999 for the 4GB + 128GB variant. The phone will go on sale from June 27 on Flipkart. It will be offered in Bronze Gradient and Sapphire Gradient colours. Launch offers in the first week (June 27 to July 4) include no-cost EMIs for 6 months on all credit and debit cards. Vodafone Idea subscribers get up to Rs. 3,750 cashback and additional data up to 250GB.

All three phones sport a dual-SIM slot and run on Android Pie. While the Redmi Note 7 Pro and the Samsung Galaxy M40 have skins on top, the Motorola One Vision runs on stock Android. All the three phones feature a 6.3-inch display with full-HD+ (1080x2340 pixels) resolution. The Motorola One Vision has 21:9 aspect ratio, while the other two sport 19.5:9 aspect ratio. The Motorola and Samsung variant sport a hole-punch display while the Xiaomi variant has a waterdrop-style notch.

For photos and videos, the Redmi Note 7 Pro sports a dual rear camera setup that includes a 48-megapixel primary sensor with an f/1.79 lens and a 5-megapixel secondary depth sensor. There is also a 13-megapixel camera sensor at the front. The rear camera setup supports a list of artificial intelligence (AI) powered features, such as AI scene detection, AI Portrait 2.0, and a Night mode. It also offers 4K video recording.