More than megapixels - what really counts in a smartphone camera

Share on Facebook Tweet Snapchat Share Reddit Email Comment
Just about every new phone that launches has ads that focus on photography. While most refrain from saying it in as many words, manufacturers manage to coyly suggest that their phone's camera is better than even a DSLR, pointing, on most occasions, to the high megapixel count. Nokia holds the crown for the smartphone with the highest-megapixel count with the 41-megapixel 808 PureView and the Lumia 1020, though rumours now point to a 50-megapixel camera in Oppo's next phone.

In real world testing though, only a few phones have managed to come close to the quality and control that you get with even a mid-range point-and-shoot camera - forget about being better than a DSLR. Why is that?

When Nokia first came up with the PureView technology used in the 808, its announcement of the 41-megapixel camera toting phone made no sense. However, thanks to the camera companies themselves, the term megapixel had become a kind of shorthand for image quality. When point-and-shoot digital cameras were gaining in popularity, Nikon, Canon and other manufacturers got into a race to fit in higher-resolution sensors into their compact cameras, and marketed the term widely. This has parallels with the GHz wars that played out between Intel and AMD during the heydays of the PC industry. 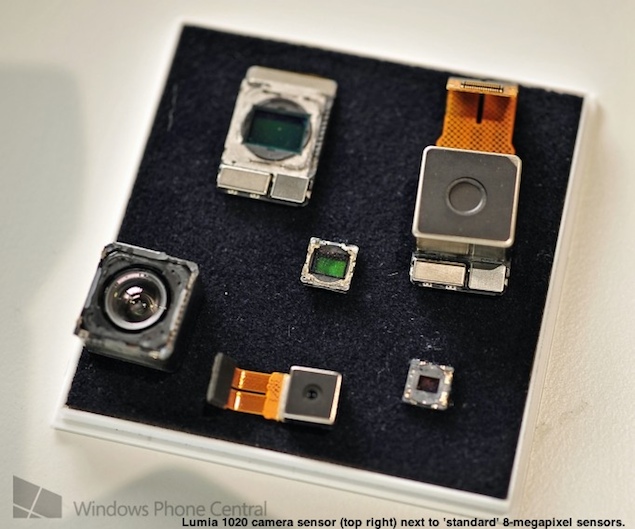 Today though, this tactic has come to haunt the camera manufacturers (much like what Intel and AMD suffered), and people in both Canon and Nikon are the first to point out that a 5-megapixel resolution is high enough to take a clear print-out on an A4 sized page.

That, incidentally, is the standard resolution for images you will get on the Nokia Lumia 1020 PureView. This is because Nokia uses a technology called oversampling, which uses software to treat the individual pixels as a single unit, and essentially creates artificially big pixels on the image sensor.

The image sensor - essentially a plate where the light falls through the lens, where the picture is formed - is probably the most important factor in actually determining quality. NDTV Gadgets spoke to Abhishek Singh, a Technical Officer at Nikon India, who shared his thoughts on the subject.

"The current thinking about megapixels is highly misleading," Singh says. "As a measure of resolution, it just tells you how big the image you're taking is. How much can you crop, without pixelation. That's when the original image is too small and you zoom, so it starts to look blocky. But with a 16-megapixel image, even if I crop to 50% of the image, it won't look pixelated when printed."

In fact, the 8-megapixel iPhone 4S camera was used by the Time magazine in November 2012 for its cover photo. The only time you would actually use a full 41-megapixel image is if you wanted to print the image on a billboard, which is why Nokia over-samples the pictures and produces clearer 5-megapixel.

The real reason that a Lumia 1020 produces better pictures than it's contemporaries is twofold. One of the reasons is that it simply gives the user a lot more control over individual settings like aperture. But the first - and most important reason - is that it has a much bigger sensor than any other smartphone (other than the 808 PureView). 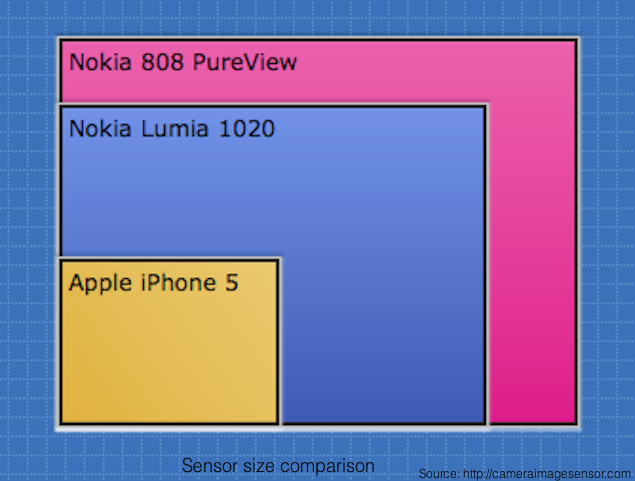 "The image is formed when the light forms on the sensor," Singh explains. "If the sensor size is big then the image will be more detailed, even when you crop into smaller parts of the image and enlarge them."

So where do the megapixels fit into this? According to Singh, the problem comes when you try and pack too many pixels into a small sensor.

"It's like a room. A room that has space for 10 people, you put ten people there and everyone is comfortable. But when you squeeze 20 in there, then it becomes uncomfortable, and when you reach 40 people, no one can breathe," Singh says. "When you pack the individual pixels too tightly on a sensor, the image quality goes down." That is why the images on many budget phones look blurry as they struggle to balance 'advertising friendly' megapixel counts, while still keeping the sensor small enough to fit on the thinner than ever devices.

According to Singh, finding out about the sensor size of a device - instead of the megapixel count - is a quick way of knowing how clear a picture will be, whether you are looking to buy a smartphone, or a compact digital camera. He says that another detail that casual buyers need to learn more about is the ISO or sensitivity of a camera. "A high ISO setting means that you will be able to take a picture in poor lighting without difficulty, but what's happening is that your camera (or phone) is electrically stimulating the sensor to brighten the image. So this can introduce graininess into the image as well." 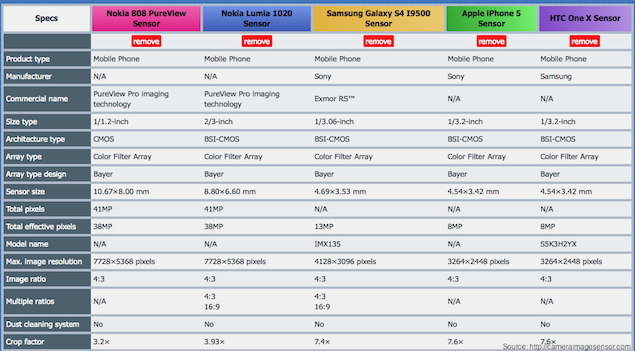 With a growing trend towards low-light photography and a popular shift away from flash photography, Singh says buyers should also look at the lenses they are getting. Aperture, or the size of the lens opening through which light falls on the sensor, is very important in these scenarios, he says. He adds, "an aperture of f2.2 or f1.8 is becoming more common even in the smaller compact cameras, because of low-light photography." So when a phone's ad promises better pictures in low-light conditions? That has nothing to do with how many megapixels are mentioned in the ad.

Camera manufacturers deserve their share of blame for making people equate megapixels with quality, but it's a figure that phone makers picked up and ran with because it is an easy competition. The fact is that if you want a phone that is super slim and super light and still has a battery life that will last a full day and more - then some compromise has to be made, and that is often done by making a smaller sensor, and making compromises on the lens. If an 8-megapixel camera is good enough for Time magazine's cover, then maybe it's time for customers who'll just be sharing pictures on Facebook to think about what they want from a smartphone camera - and the answer is almost never more megapixels.

Further reading: Cameras, DSLR, Megapixels, Mobiles, Nokia 808 PureView, Nokia Lumia 1020, Smartphones
Gopal Sathe Email Gopal Gopal Sathe is the Editor of Gadgets 360. He has covered technology for 15 years. He has written about data use and privacy, and its use in politics. He has also written extensively about the latest devices, video games, and startups in India. Write to gopal@ndtv.com or get in touch on Twitter through his handle @gopalsathe with tips. More
Bing finally brings 'Image Match' feature to search
Google Drive storage prices slashed, now well below Dropbox and OneDrive

More than megapixels - what really counts in a smartphone camera
Comment