Logitech Trades Keyboards and Mouse for Speakers and Covers

When you think of Logitech, you probably automatically think of computer mice (or properly, mouse pointing devices) and keyboards. But while the company crossed the billion mouse mark a long time ago, the future, says Moninder Jain, Managing Director ASEAN and India Region, and Vice President at Logitech, is wireless.

That sounds reasonable - most of us have used a wireless mouse or keyboard, often with our laptops. But when Jain talks about wireless as a category, he's actually talking about a whole lot more - Bluetooth peripherals are the fastest growing category for Logitech, and a majority of the new buyers in India and around the world, opt for the company's portable Bluetooth speakers, Jain tells us.

Logitech recently announced its earnings, and revealed that sales in mobile accessories rose by 21.5 percent, while PC accessories decreased by 1 percent. The move towards mobile and wireless is underlined by these figures.

The question facing Logitech now is how the company will compete effectively against audio brands that have been in this space for much longer.

"We've actually been making audio products for a long time now," says Jain. "We got in to this space 10 years ago. We entered audio 10 years ago, via Labtec [an accessory manufacturer Logitech acquired in 2001]. Then 5 years ago, we acquired Ultimate Ears, and they brought a lot of great expertise on board."

Today, Jain tells us, the wireless speakers sales are growing by 80 percent year on year. The other facet of wireless that Jain says is exciting is tablet covers. Logitech has many different wireless keyboards and covers for the iPad, and it also has a cover for the Samsung Galaxy Tab 4. Tablet sales have slowed (both in India and globally), and this is one area where Logitech's mobile sales slowed as well, looking at the earnings. Speaking about India, Jain says that the attach rates for peripherals for tablets are very high, and the market is still growing. 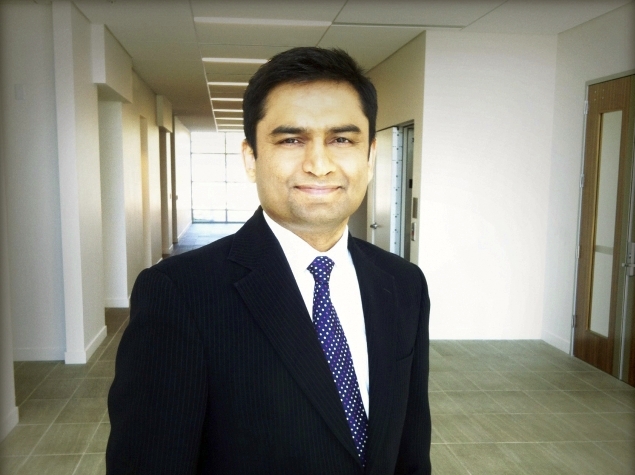 Wireless speakers and keyboards are just the start though.

At CES 2015, Logitech launched the Harmony API, which allows developers to control devices connected to a Logitech Harmony universal remote. This could turn a wide variety of household electronics into smart devices, and is Logitech's attempt to be a part of the Internet of things.

"I don't know how far that future is," says Jain, "but there were some obvious low-hanging fruits such as speakers and keyboards, and that's the first stage of our plans."

"These are very, very early days for Internet of things," he adds, "and this is true globally. Right now, we just want to make wireless bigger."

But while he says that India is an important market, the fact is that there are still some products from the company that have not made it to the shops here. This is a focus area for Logitech India in 2015, Jain tells us.

And although Logitech will focus on building up its presence on the ground, Jain says that online sales have been steadily growing as well. "The online sellers give us a presence in places we are not able to reach otherwise," he says. "But it is also one area that has the potential to cause controversy."

Logitech has maintained special offline SKUs and taken other steps to ensure that its offline partners don't feel unfairly treated compared to online. At the same time, there is a common basket of products as well that is available across India thanks to the online sellers.

"In other countries too, online caused a lot of concern when it first came," says Jain. "But around the world, things have settled down, and I think that India is also quickly heading in this direction. Many offline partners have their own online presence now. The market is evolving very quickly."

Further reading: Bluetooth speakers, Logitech, Moninder Jain, Tablet keyboards, Wireless keyboards
Gopal Sathe Email Gopal Gopal Sathe is the Editor of Gadgets 360. He has covered technology for 15 years. He has written about data use and privacy, and its use in politics. He has also written extensively about the latest devices, video games, and startups in India. Write to gopal@ndtv.com or get in touch on Twitter through his handle @gopalsathe with tips. More
Seacrest's Typo Products Fined Over BlackBerry Injunction
Toshiba Partners Gujarat-Based Firm to Develop Chips for Google's Project Ara Phones

Logitech Trades Keyboards and Mouse for Speakers and Covers
Comment