Lenovo's Bringing the Zuk Sub-Brand to India, but With a Twist

Share on Facebook Tweet Snapchat Share Reddit Email Comment
Highlights
Lenovo is all set to unveil its new Zuk sub-brand in India, which was unveiled recently with the launch of the Zuk Z1. The company, however, has slightly different plans set for the Indian market. Unlike the Chinese market where it is sold as the Zuk Z1, the smartphone in India is expected to be called "Lenovo Z1 - powered by Zuk."

We sat down with Anuj Sharma, Head of Product Marketing, Lenovo to talk about all things Zuk. When asked about the difference between Lenovo and the new Zuk sub-brand, Sharma started off by explaining that Lenovo goes for the mass market, while with Zuk, users will get high performance devices.

"The new sub-brand is largely different because of the philosophy. It's a separate team with a separate management as well as in terms of R&D, and that's where the major difference comes," continued Sharma.

"Creating a sub-brand, the advantages you get is that you can dissociate with the parent company and you can have as a brand something else, for example, Lexus and a Toyota," said Sharma. "The disadvantage you have is that it's a new brand so you have to spend a lot more to establish it."

That's one of the main reasons why Lenovo wants to stress on the "Lenovo Z1 powered by Zuk" tagline, to make use of the existing brand value, and to reassure customers that the entire company infrastructure will support the Zuk sub-brand. Sharma said that the Zuk after sales will be covered by all the Lenovo service centres across the country. He further added that the existing 300-400 service centres in India will treat the Z1 smartphone as another Lenovo handset. 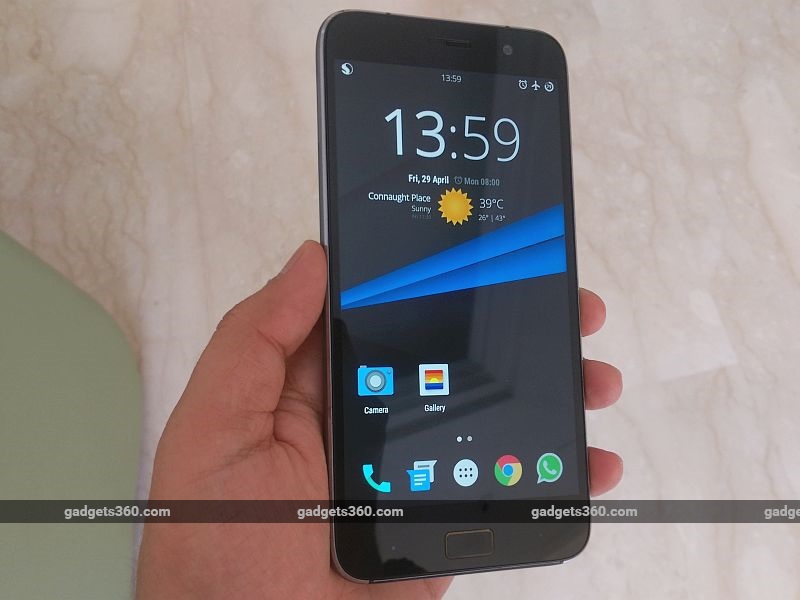 The Lenovo Z1 will offer consumers the option to unlock the bootloader which will allow them to install custom firmware on the device. Usually, doing this yourself means voiding the warranty of your phone, but that won't be the case with the Z1.

Considering that Lenovo launched the Zuk Z1 in international markets in December, we wanted to know why the company delayed the launch of the handset in India. Sharma explained, "There were certain restrictions. We couldn't get a CM phone into the country."

Sharma also confirmed that Z1 smartphone will launch in India running Cyanogen OS 12.1 based on Android 5.1 Lollipop. This also means that the exclusive partnership between Cyanogen and Micromax's Yu no longer exists.

Sharma confirmed that one of the leading e-commerce stores (Amazon or Flipkart) will be selling the Zuk smartphones in India. "We are trying to see whether we should sell it on both or sell it on one. Those negotiations are still on," he added. Lenovo will not be selling the new Zuk sub-brand via it's the Do Store as of now.

On being asked about the pricing of the Lenovo Z1, Sharma hinted that it could be around the same price as in China. Lenovo's 64GB Zuk Z1 was priced at CNY 1,799 (approximately Rs. 18,250) in China. He however added that Lenovo is not looking to price the Z1 smartphone around the pricing of its Vibe X3 flagship smartphone, which went on sale in India at Rs. 19,999.

Lenovo's Bringing the Zuk Sub-Brand to India, but With a Twist
Comment