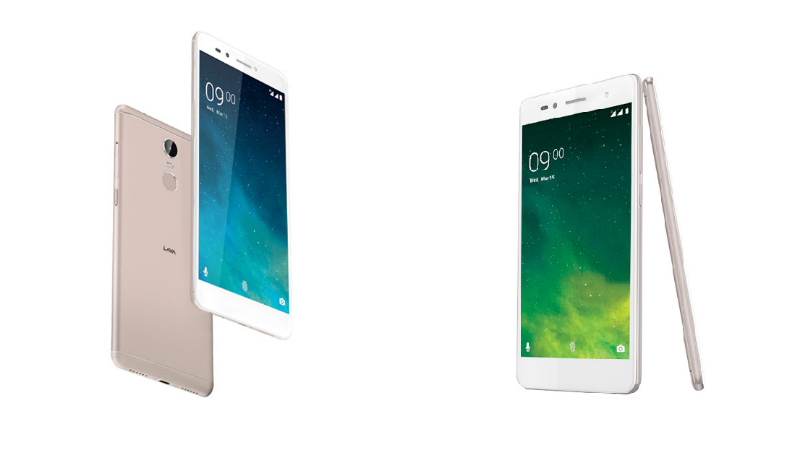 Lava launched two affordable smartphones this week, giving users an option to choose from in the Rs. 10,000-20,000 price bracket - Lava Z25 and Lava Z10. The two new Lava smartphones are support 11 regional languages and have several common features - such as Android 6.0 Marshmallow OS, 4G VoLTE support, bokeh mode, Smart Gestures, OTG support and 3-Point Touch - but are quite distinct from each other. If you are wondering which model is right for you, read on to find everything important about Lava Z25 and Lava Z10 that you need to know.

Priced at Rs. 18000, the new Lava Z25 has a 5.5-inch IPS screen with 2.5D curved glass design and HD (720x1280 pixel) resolution, and is powered by a 1.5GHz octa-core MediaTek processor. It has 4GB of RAM, 32GB built-in storage, microSD card support up to 128GB, 13-megapixel rear camera featuring Sony IMX258 sensor and f/2.0 aperture with dual-LED flash and PDAF, as well as 8-megapixel front camera backed by Spotlight flash and f/2.0 aperture. The dual-SIM Lava Z25 smartphone has a 3020mAh battery with Power Saver Mode and Super Power Saver Mode to get more battery life if the charge is low; there is a fingerprint sensor embedded in the physical Home button.

On the other hand, Lava Z10 – with an India price o Rs. 11,500 – has a 5-inch IPS screen sporting 2.5D curved glass and HD resolution, 1.4GHz octa-core MediaTek processor, and 2GB of RAM. This smartphone packs 16GB of internal storage, but you can expand storage up to 128GB using microSD cards. Lava Z10 has an 8-megapixel camera with f/2.0 aperture and LED flash on the back, and 5-megapixel front camera with Spotlight flash. The Lava Z10 battery capacity is 2620mAh and like its bigger sibling, the smartphone has Power Saver Mode and Super Power Saver Mode.

Check out the key Lava Z25 and Lava Z10 specifications against each other in the table below, and let us know which you would pick via the comments.

Uber Says Customers Give Up Right to Sue When They Agree to Use Service
Aadhaar-Based eKYC Re-Verification Should Be Completed Within a Year for All Mobile Users: DoT