Jony Ive was the mastermind behind the designs of the iPhone, iPad, Apple Watch, Mac, and iPod. 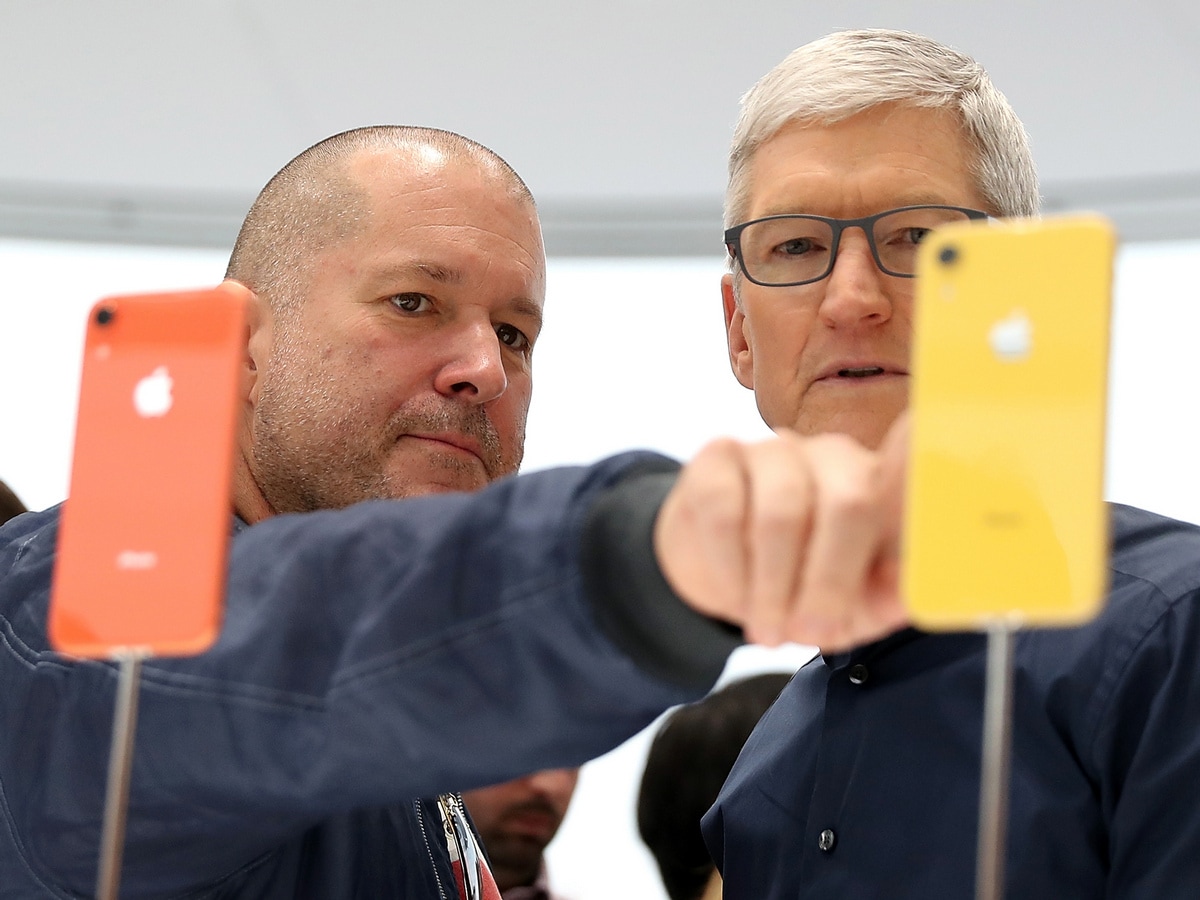 Jony Ive has been leaving Apple for years. When it was finally made official on Thursday, there was nevertheless hand-wringing about the company's future.

Ive led a stable, close-knit team of designers who created the slick look and feel of Apple's hardware and software for more than two decades. At least six members of the group have left in the past three years.

The departures herald a new era. The days when Apple could reliably deliver a whole new category of device - a spare music player, a sleek tablet, an elegant smartphone - every few years have waned. More recently, the company has focused on iterations of its existing lineup. Now, the company needs another hit, but this one will require fundamental technological innovation, not just the design genius of Ive and his team.

One person close to Apple captured the anxiety of the moment: "People who have been there forever don't want to keep doing incremental updates to current products."

Apple shares slipped less than 1 percent in extended trading. But the stock has fallen more than 10 percent since early October on concern about waning iPhone demand and the US-China trade war. "This news only adds to the current agita around the Apple story," Dan Ives, an analyst at Wedbush Securities, wrote in a note to investors on Thursday.

Ive was the mastermind behind the designs of the iPhone, iPad, Apple Watch, Mac, and iPod that took Apple from the brink of bankruptcy in the late 1990's to its status as a trillion-dollar company. When co-founder Steve Jobs died in 2011, Ive became the most important person at the company, ultimately deciding what products Apple would launch, how they would function, and what they would look like.

He was in charge of a roughly two-dozen person design team that included artists whose passions extended to the development of surfboards, cars, and even DJing on weekends. Many of their spouses worked as designers, too.

But after the Watch launched in 2015, Ive began to shed responsibilities. Day-to-day oversight of Apple's design team was reduced to coming to headquarters as little as twice a week, according to people familiar with the matter. They asked not to be identified discussing private details.
Around that time, Ive told the New Yorker he'd become "deeply, deeply tired." He said the year leading up to the Watch debut was "the most difficult" since he joined Apple. Laurene Powell Jobs, the widow of Steve Jobs and a friend of Ive's, suggested to the New Yorker that there could be a "slightly different structure that's a little more sustainable and sustaining,” while keeping Ive at Apple.

About three months later, Ive was named Apple's Chief Design Officer, a role that shifted day-to-day responsibility of the hardware and software design teams to a pair of executives, Alan Dye and Richard Howarth. About two years later, at the end of 2017, Apple said Ive had re-assumed some of the leadership responsibilities he had previously given up.

Ive still only came to the office a couple of days a week, with many meetings shifting to San Francisco, according the people familiar with the matter. That helped him avoid the long commute from his home in the Pacific Heights district of the city to Apple's headquarters in Cupertino, California. Ive sometimes met with his team at the homes of his employees, at hotels, or other venues. The design executive even set up an office and studio in San Francisco to do much of his work.
Ive also traveled frequently to London, near where he was raised. He occasionally missed out on Apple product launch events, an unthinkable absence several years ago.

"This has been a long time in the making," according to one of the people, who asked not to be identified because they aren't authorised to discuss personnel moves. "He's been at Apple over 25 years, and it's a really taxing job. It's been an extremely tense 25 years for him at Apple and there's a time for everyone to slow down."

Initially, not much will change, because Apple has been operating with partial input from Ive for a few years, someone close to the team said.

But challenges loom. And some people familiar with Apple are already worried about the new design leadership. Now that Ive is officially leaving, longtime studio manager Evans Hankey will run the hardware design group, Apple said. Hankey is a great team leader, but Apple now lacks a true design brain on its executive team, which is a concern, a person familiar with the design team said.

Hankey and Dye will report to Jeff Williams, Apple's chief operating officer. While Williams is a talented executive, some people familiar with matter believe the shift is another sign of Apple becoming more of an operations company. Apple declined to comment.

"The design team is made up of the most creative people, but now there is an operations barrier that wasn't there before," one former Apple executive said. "People are scared to be innovative."

"Most of the greatest debates at Apple happened between those two as they walked together," said Matt Rogers, the co-founder of Nest Labs who worked on iPhone and iPod software from 2007 to 2010. "For the last decade, Jony's been one of the great product leaders on the executive team. Who's going to carry that forward?"

The timing of Ive's departure coincided with the promotion of Sabih Khan to the role of senior vice president of operations. That part of Apple has become more involved in the development of products at an earlier stage, one of the people said.

The next big Apple product may be augmented reality glasses. Apple's design group is trying to turn this nascent technology into something that changes people's everyday lives - in the way the iPod did for music and the iPhone did for mobile handsets. While the product is still a ways off, Apple's operations team is already involved in the process, seeking suppliers and methods of production, the people said.

A new product like that needs a "leap" in the underlying technology, while Ive specialised more in perfecting existing technologies for the masses, according to Rogers. Some smartphones had touch screens before the iPhone, but Ive's team made the feature a delight to use.

"It's very hard to have large breakthrough hardware innovations every year. It's more like every five or 10 years now," Rogers said.

The design team is taking on this challenge without veteran members. Christopher Stringer and Daniele De Iuliis, a pair of key Ive lieutenants, kicked off the departures a few years ago, with Daniel Coster leaving to lead design at GoPro in 2016. The team lost three members in the past six months: Julian Hoenig, Rico Zorkendorfer and Miklu Silvanto.

While each Apple designer specialises in specific product lines, they all contribute to each other's products and plans. That means losing an individual designer is still a big deal, a former Apple executive said. "The design studio has no secrets," this person said. "They all know what each other is working on."

Apple has been hiring younger designers and increasing the size of the team. Joe Tan, who founded a firm called Moreless, joined in late 2015. “The new people have more energy," a person close to Apple said.

Still, the recent departures will hurt. And the cardinal sin is to flourish after you leave.

Ive had a saying that went something like this, according to a person close to the design team: There are two ways of leaving Apple — the good way is you disappear and don't make press. The bad way is you make the press. If you leave Apple and then build the Taj Mahal, we'll chop off your hands.