With the launch of the Jio Phone in July, the phone market in India has changed in interesting ways. Although the entry level smartphones keep getting cheaper, “effectively free" is still a high bar to meet, and from our own experience we know that there's a case to be made for the "smart feature phone".

The Jio Phone of course runs on KaiOS, a fork of Firefox OS, and it supports the various Jio series, with apps for social media and other popular services reportedly in the pipeline. However, creating an app for a smart-feature phone isn't as simple as shrinking an Android app; there's a lot more to be done to get it to work in a way that meets the different user requirements of these devices. Bengaluru-based Reverie Language Technologies has been working with the KaiOS team and Indian phone makers to deliver software for these devices, and we got in touch with them to learn more about the differences between developing software for smart feature phones compared to smartphones.

Gadgets 360 caught up with Debashis Roy, AVP, Business Development of Reverie Language Technologies, who talked about the key challenges and why it's an important opportunity.

"When we started, the challenge was that in Android, you have got the touchscreen, and you can place any number of icons, buttons on the screen," explained Roy. "That is a bad experience, if you fill up the screen with buttons, but that's the second issue. You can give scrolls and menus and do a lot of things. But in a phone that doesn't have a touchscreen, your design principle goes for a toss."

"It's a small screen, with doesn't have touch at all, and mapping it [functionality] to a lot of keys also doesn't make sense," he continues. "Suppose you have a virtual keyboard on your PC, and you are clicking it with the buttons on the mouse - while you are clicking, you'll get the feel of 'theek hai, typing kar rahe ho,' [all right, I'm typing]. But suppose you are typing with a Hindi virtual keyboard, and it's mapped 1 to 1 to your keyboard - you won't be able to type comfortably. Your eyes will still be on the screen, and so it becomes stressful." 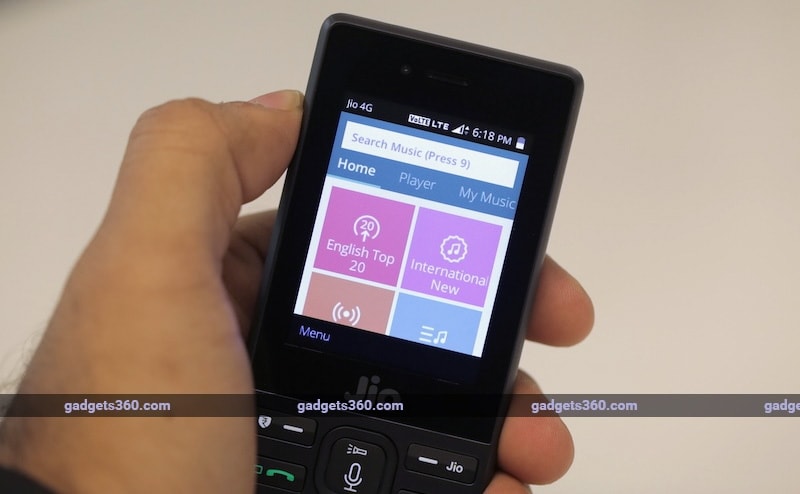 That's only the first challenge though. Once you've figured out how to map interactions, there's also the question of what to do with the limited screen real estate that you're working with when making apps for a smart-feature phone. "We have to squeeze interactions into smaller buckets, and work out how to traverse the app in a way that minimises, because you can't just tap anywhere so you need to simplify things in a way that it makes sense to a new user," says Roy.

What makes it even more challenging, he adds, is that a new user isn't going to be familiar with apps and interfaces in general; on a smartphone, you can be relatively confident about not having to explain standard gestures and interactions, but in the case of the new users who are getting smart and connected devices for the first time, this isn't going to be true, Roy explains. "You know about swipes, and long presses, and things like that," he says. "But in a feature phone, the people who are buying the feature phone are not tech savvy, they are not the gadget geeks. And explaining is also harder. In touch you can give a guide screen, but not without it. Onboarding people who are not into this sort of environment needs to be thought through."

"So the R&D [research and development] is not just about technology, but also how a user would type on it, or use the app," adds Roy. "So KaiOS, we have our keypad working, phonebook, Indic calendar, to get all this working properly, we had to work directly with the KaiOS team to understand the code environment. Only after that we can make our programs in such a way that it's understandable to that codebase, so a lot of R&D was done."

It's an interesting challenge, but equally hard is the question of monetisation. Reverie could work directly with OEMs and telcos to provide applications to users, but going direct to consumer seems unlikely. Ad-supported products are equally challenging because of the small screen sizes and low resolution. Adding to the challenge, Roy points out, is that the telcos (such as Reliance Jio) have put a lot of emphasis on Indian languages, and one of the challenges of Indian languages, he says, is that they are curvy and the length of words is typically longer than English, so ads would be harder to display in limited space, with less room for content. 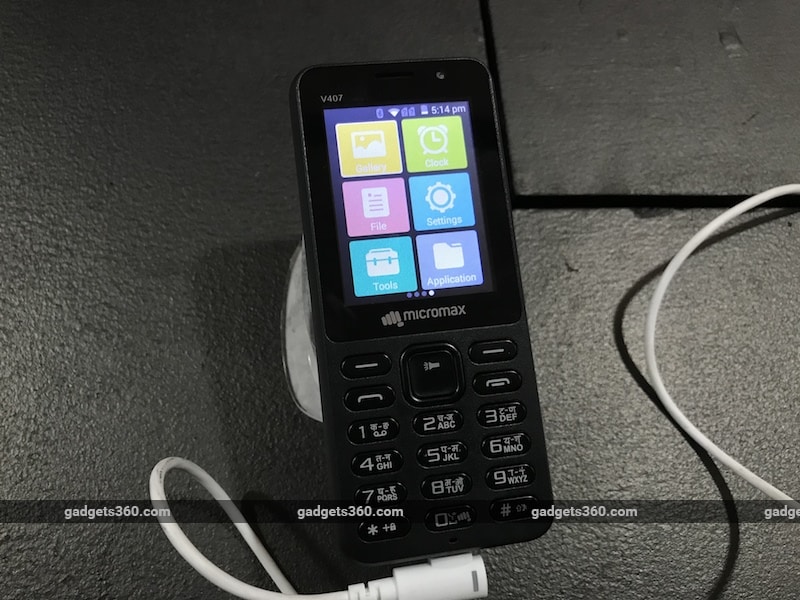 Despite this, Roy says that the smart-feature phone space is a very important market, and tells Gadgets 360 that KaiOS already has clients in South East Asia, and that there's a new OS that's coming in this space as well, with room for growth. "We're thinking of different things we can do, so we're available in some South East Asian markets, (with apps in Burmese and Thai) not just India, and I think it would be useful for Reverie to create guidelines for everyone on how to create apps for Kai and feature phones, to properly implement non-Western languages."

"Right now, electricity is a major issue, and even today, data is still a restriction," he continues, explaining why a smart-feature phone is an important device today. "Post-Jio, most people are still using their data only for Facebook and WhatsApp, it's mostly communication, so do you really need a big screen, that is constantly taking your battery away?"

With rivals like Airtel and Vodafone offering smartphones at effective prices of close to Rs. 1,500, the future of smart-feature phones is still up in the air, but with the bookings having re-opened, and new features like Google Assistant support, it's clear that Jio isn't going to let this die down easily. It's going to be interesting to see if more companies in India get into this space (as Roy and Reverie are betting), in 2018.

Further reading: Reverie, Reliance Jio, Jio Phone, Smart feature phone
Gopal Sathe Email Gopal Gopal Sathe is the Editor of Gadgets 360. He has covered technology for 15 years. He has written about data use and privacy, and its use in politics. He has also written extensively about the latest devices, video games, and startups in India. Write to gopal@ndtv.com or get in touch on Twitter through his handle @gopalsathe with tips. More
Five Fun Films From 2017 You Definitely Haven't Seen
Slowing iPhones: Here Are All the Lawsuits Apple Faces Over Recently Revealed 'Feature'