Planning to Buy iPhone SE? Everything You Should Know About Apple's New 4-Inch Phone

Apple on Monday fulfilled the wish of millions of people worldwide. At its 'Let Us Loop You In' event in San Francisco, the company unveiled an iPhone with a mid-range price tag. Called the iPhone SE, the 4-inch iPhone starts at Rs. 30,000, and will be available in India starting early April 2016.

Here are five things you should know about the iPhone SE, which Apple is calling "the most beautiful and powerful phone with a four-inch display in the world."

Price
The iPhone SE is by far the cheapest iPhone model Apple has launched to date. It starts at Rs. 39,000 for the 16GB variant (with the global price being $399). For a smartphone that largely boasts the same specifications as the flagship iPhone 6s from last year, that's an impressive figure and could prove to be the driving factor that sells the smartphone.

Editor's Note: An earlier version of the article mentioned the India price of the iPhone SE as Rs. 30,000. This was a price communicated in an official Apple release, but the company later issued an updated release with the Rs. 39,000 price tag.

Display
Unlike the iPhone 6 and the iPhone 6s, which sports a 4.7-inch display, the iPhone SE offers a smaller, 4-inch Retina display with a resolution of 640x1136 pixel (326ppi). ​However, there is no 3D Touch, the pressure sensitive display technology that Apple introduced with the iPhone 6s, which may disappoint some users. There's a lot of demand for a 4-inch iPhone, Apple said at the event, adding that it sold more than 30 million 4-inch iPhone handsets in 2015. The iPhone SE is aimed at such users, as well as people who want to purchase an iPhone without breaking their bank. 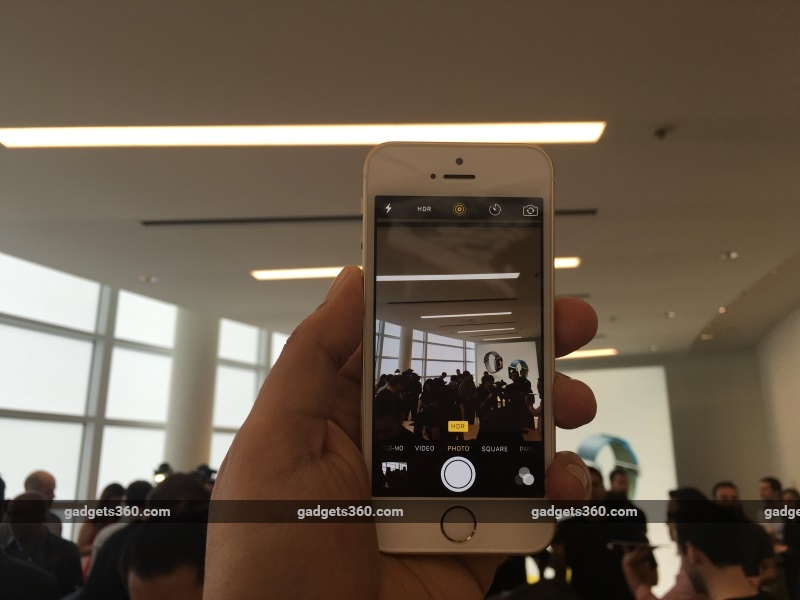 On the front-end we have a 1.2-megapixel camera, with f/2.4 aperture, and Retina flash. The company says that you can record videos in 720p (1280x720 pixels) screen resolution.

Always-on Siri
Because the iPhone SE has the A9 SoC and M9 coprocessor, it supports "Always-on Siri functionality. The feature enables you to say "Hey Siri" without having to pick up your iPhone. In other words, you can ask Siri about weather, or any other query that you have, with the hassle of reaching out to the iPhone and unlocking it.

Planning to Buy iPhone SE? Everything You Should Know About Apple's New 4-Inch Phone
Comment