iPhone 6 and iPhone 6 Plus: Everything You Need to Know

Right on schedule, Apple has carried out its annual iPhone refresh cycle. Dozens of leaks and endless reams of speculation proved mostly to be correct, as the devices unveiled at Apple's California event on Tuesday were not surprising at all. Still, Apple managed to keep most of the specifics about its hardware and software improvements under wraps. Here's all you need to know about what makes the new iPhone 6 and iPhone 6 Plus special.

Screen sizes
Of course the most important difference is larger screens. Apple, which has steadfastly refused to follow industry trends in the past, has now seemingly bowed to pressure and gone in the direction that most Android device makers have gone. The iPhone 6 has a new 4.7-inch 750x1334-pixel screen, which is considerably bigger than the one on the iPhone 5s, while the iPhone 6 Plus comes in at an even bigger 5.5 inches and 1080x1920 pixels. The 326ppi density stays the same on the 4.7-inch screen, although Apple now calls it a "Retina HD" screen, while the 5.5-inch model gets a considerable bump up to 401ppi. The iPhone 5s and iPhone 5c both have 4-inch 640x1136-pixel screens.

The larger of the two new devices borrows some software features from the iPad line, and takes advantage of its extra screen space by allowing more content on each screen. For the first time, you can use an iPhone entirely in landscape - the home screen will rotate, but unlike on iPads, all the icons stay in the same places. There's even an enhanced keyboard with dedicated keys for copy, cut and paste.

Dimensions
Of course the larger screens mean that both models are taller and wider than their predecessors, but Apple has made the most of that and reduced thickness to compensate. The iPhone 6 and iPhone 6 Plus are 6.9 and 7.1mm thick respectively, as opposed to the 8.97mm of the iPhone 5c and 7.6mm of the iPhone 5s and 5, which had felt so much thinner than the 4S when it first launched.

The power button on both models has been moved to the upper right edge, which is easier to reach than the top.

A lot of the power savings can be attributed to Apple's new A8 SoC and M8 motion coprocessor. Apple has not disclosed the chips' specifications or speeds, but has promised 25 percent more CPU power and 50 percent faster graphics, along with impressive power savings. The A8 is manufactured on a 20nm process and has 2 billion transistors. The iPhone 5s was the first iOS device to use a 64-bit processor, last year's Apple A7, and also the first to have a dedicated motion coprocessor. The iPhone 5c uses the older Apple A6 SoC which was introduced with the iPhone 5 two years ago. 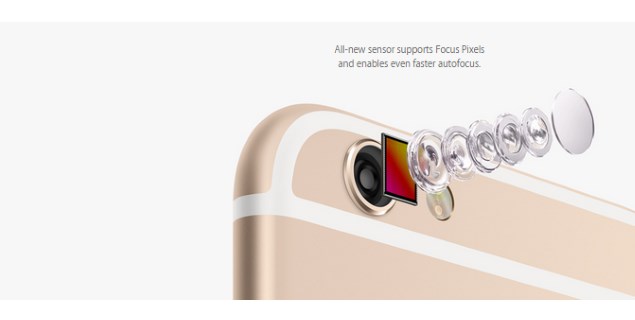 Cameras
One area in which Apple has not bothered trying to catch up to Android manufacturers is its cameras. In terms of raw resolution, we've got the same 8-megapixel rating as before. However, Apple says the sensor is all new, and has been designed to lock focus much faster. A new "Focus pixels" feature senses light intensity quickly, allowing the autofocus to lock that much faster.

Apple also touts improved colour accuracy and more advanced noise reduction algorithms. There is dedicated hardware for image processing.The iPhone 5s camera doesn't have these new features but is still superior to the iPhone 5c camera, which has a single LED flash.

The larger iPhone 6 Plus has optical image stabilisation, which physically adjusts the lens to compensate for shaky hands and sudden movements, leading to sharper images and video. The iPhone 6 and 5s use digital stabilisation, which is a method of achieving similar results through software. The 5c doesn't have any kind of stabilisation.

The front camera now supports a burst mode and you can panoramas up to 43 megapixels big with the primary camera, which uses the phone's gyroscope to automatically line up the edges of each frame.

NFC and sensors
Apple's new Apple Pay feature works using a combination of NFC and fingerprints. You can tap your iPhone 6 or iPhone 6 Plus to a payment terminal while holding your finger to the Touch ID sensor to authorise payments. This feature won't be available on older iPhones including the iPhone 5s. The iPhone 5c lacks the Touch ID sensor, so transactions still need to be authorised with traditional passwords.

There's also a new barometer, which helps health and fitness apps track your movements. The new sensor allows detection of altitude so the device knows when you're walking and when you're climbing stairs.

Networks
On the less glamorous side, the new iPhone 6 and iPhone 6 Plus have been upgraded with high-speed Wi-Fi ac support. They also work on more LTE bands around the world - the total is now up to 20, including the TD 2300 band used in India. The iPhone 5s and 5c also support the Indian LTE band but Wi-Fi n is the highest speed standard supported. 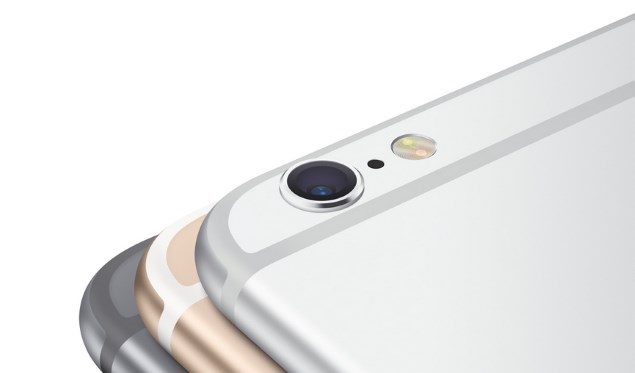 Pricing, variants and availability
The iPhone 6 replaces the iPhone 5s at the $199 price point (on contract in the US), but the iPhone 6 Plus comes in at a new $299 level. These are the starting prices for 16GB models, and the increment is still $100 for each bump in capacity.

Interestingly, Apple has discontinued the 32GB mid-tier models and you'll now get 64GB at the same price. Another $100 will get you 128GB instead of 64GB. Both models will be available in the same three colours as the iPhone 5s: gold, silver and space grey.

The iPhone 5s will continue to be available in 16GB and 32GB models. While the 16GB model drops to $99, the increase to 32GB will cost only $50 more. Only the 8GB version of the iPhone 5c will remain available, but it will be free on contract in the US.

Apple had initially put a date of September 26 on its India website, which seems to have been a mistake, as it has now been updated to show October 17. It is not clear if this applies to the iPhone 6 Plus as well, though this is unlikely considering reports of production issues that have constrained supplies. Pricing in Indian rupees is not yet known. Apple will most likely announce prices and retail tie-ups in the week prior to the launch. 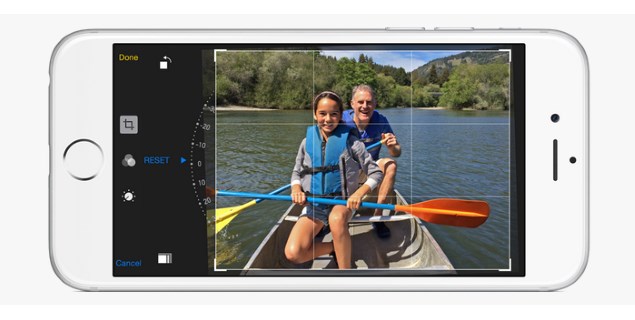 Software
The new iPhone 6 and iPhone 6 Plus will come with iOS 8 preinstalled. Owners of older iPhones (as far back as the iPhone 4S) will be able to download an iOS 8 update starting on September 17. The new OS introduces a number of features including Health, a new app that helps track your activity and nutrition; Photos, an all-new photo management and editing tool; more intelligent Spotlight searches; voice clips in the Messaging app; an improved keyboard with suggestions; and loads of new frameworks for developers to build on.

Most of these features should translate well to older iOS devices, but some, such as Apple Pay, require specific hardware that older products won't have.