iOS 13 Has Several New Features For Users in India. Here Are 8 of the Best.

iOS 13 is here and with it, Apple appears to be reaffirming its commitment to India. Of late we have seen a few moves that make us believe Apple wants a bigger slice of the Indian smartphone market. The most notable of these was a big price cut on the iPhone XR and more recently, decent pricing on the iPhone 11. Another of these moves is the addition of lots of India-specific features to iOS 13. Here's a quick round-up of the best of these features.

1. Siri has an Indian English voice

With iOS 13, Siri gets a new voice — Indian English. This available in the standard male and female versions, so you could pick whichever you like. This is the only new Siri voice and the others, which were present in iOS 12, are: American, Australian, British, Irish, and South African. You can change this via Settings > Siri & Search > Siri Voice.

Until very recently iOS limited app downloads on mobile data to just 100MB. Apps above that couldn't be download via mobile data. Apple had recently raised that to 200MB but it still was inconvenient in a country where Wi-Fi isn't very widespread and mobile data is cheap. With iOS 13, this limit has been removed. Go to Settings > iTunes & App Stores > App Downloads and then select Always Allow. 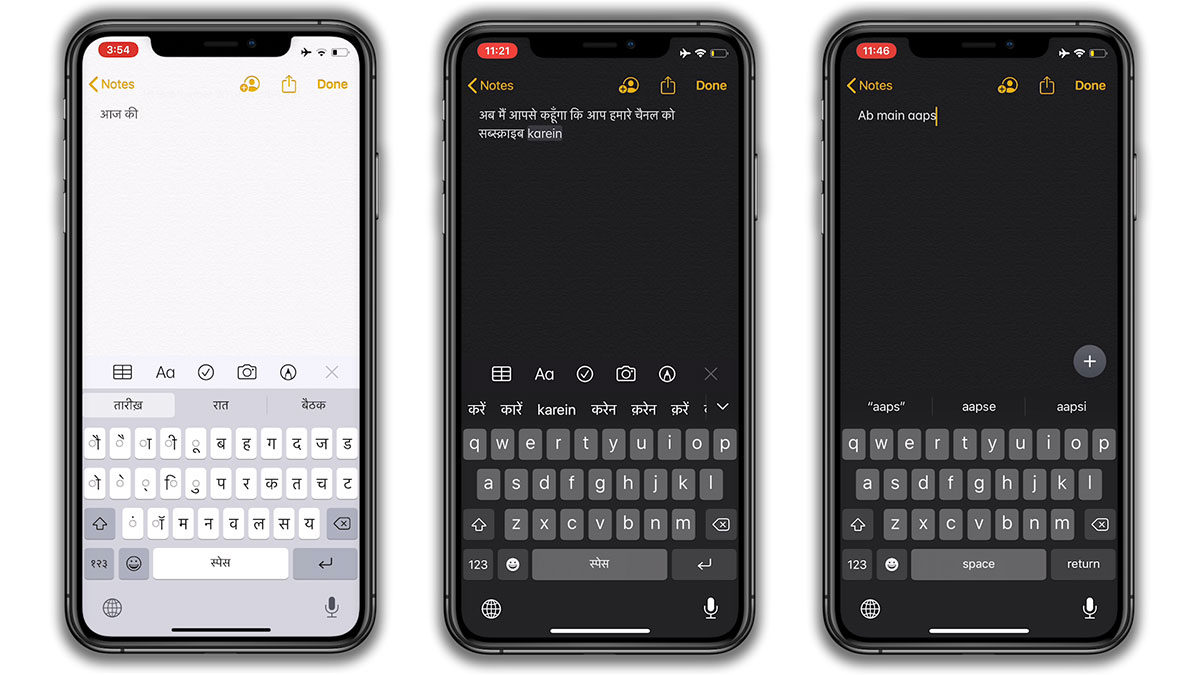 We used the Devanagari (Hindi) keyboard quite sparingly on iOS 12 because it didn't have typing predictions and our preference was always the English to Hindi transliteration keyboard. With iOS 13 that is about to change as we now have typing predictions for the Devanagari keyboard too. Go to Settings > General > Keyboard > Keyboards and tap Add New Keyboard. Now select Hindi and then Hindi. Now whenever you type in Hindi, you will see suggested predictions. In our limited experience so far, the predictions have proved to be pretty good.

The Hinglish keyboard on iOS 12 has been replaced with Hindi (Latin) on iOS 13. If you like typing Hindi messages in the Roman (English) script, this keyboard is perfect for you. You might want to use this because the Hindi (Latin) keyboard has typing predictions which makes it a lot easier to type, instead of having to constantly fight autocorrect. You can enable it by going to Settings > General > Keyboard > Keyboards and tapping Add New Keyboard. Now select Hindi (Latin).

When you upgrade your iOS device to iOS 13 or when you set up a new iOS 13 device you'll see an option that allows you to add the languages you speak to keyboard, dictation languages, and preferred languages. 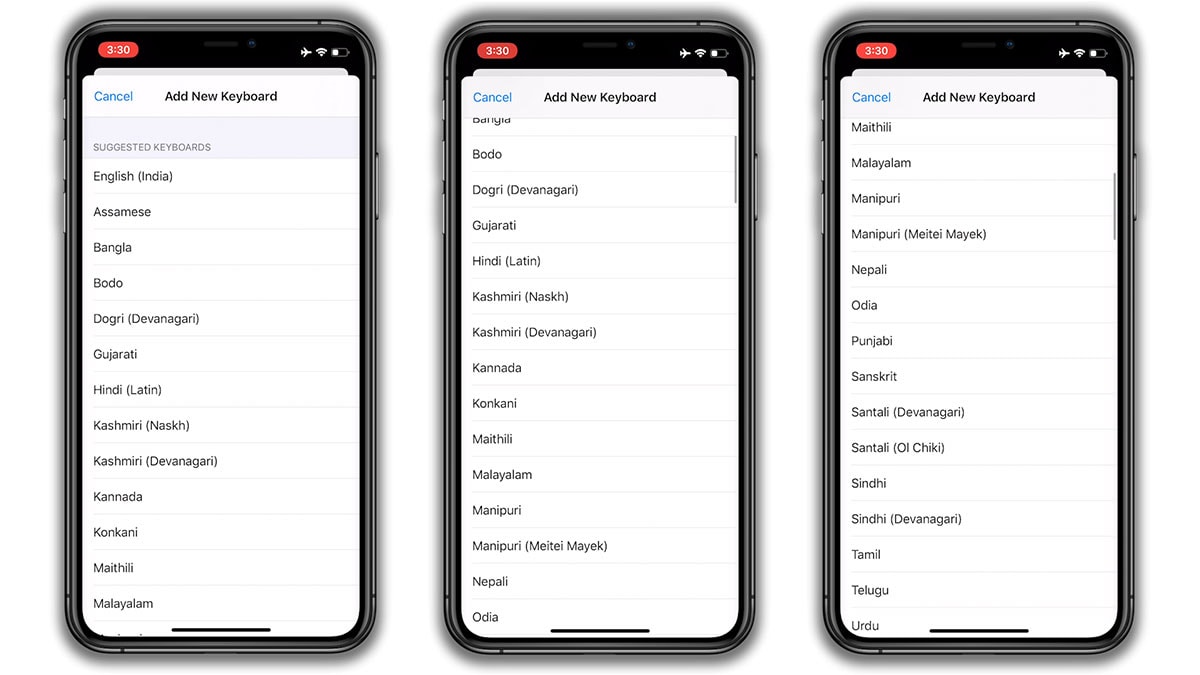 There are 15 new Indian language keyboards on iOS 13

Apple says that with iOS 13, apps such as Hotstar and Netflix can optimise when to download the shows and movies you want to watch. Netflix already has a Smart Downloads feature that begins downloading new episodes of shows you're watching. With iOS 13, these apps can avoid downloading content when the mobile data network is congested and prioritise it when the network is better.

Which is your favourite India-specific iOS 13 feature? Let us know via the comments.

Further reading: iOS 13, iOS, Apple, India
Pranay Parab Email Pranay
Pranay is in charge of podcasts and videos at Gadgets 360. Over the years, he has written over 500 tutorials on iPhone, Android, Windows, and Mac. He has also written in-depth reported features on the intersection of technology and culture, reviewed fitness wearables, been the social media manager, started two podcasts, and produced several tech videos. He loves travelling, particularly to places not frequented by tourists. He keeps running half-marathons across the country and hopes to complete ...More
Facebook Found to Still Be Auto-Generating Islamic State, Al-Qaida Pages
Netflix Said to Plan to Pay Bonuses to Filmmakers When Movies Succeed

iOS 13 Has Several New Features For Users in India. Here Are 8 of the Best.
Comment