It may not have as many headline features as iOS 11 did, but iOS 12 is an important software update for every iPhone and iPad user out there. The new features in this release fix some things that should've been fixed long ago and add some features that improve the iOS experience a lot. From goofy additions such as new Animoji and a personalised avatar for that called Memoji to useful additions such as grouped notifications and much improved performance, there are some cool features in store for you. We've picked out our favourite iOS 12 features, after using the OS for around a month, and here's the list.

1. Performance improvements
When even the good old iPhone 5s is getting an upgrade, the focus better be on improving performance on older devices. Thankfully, that is the case with iOS 12 and we've seen our older iPhones performing much better. Animations are no longer as pronounced, share sheets launch faster, and apps are quicker to open on iOS 12. This extends the life span of your device and in many cases, a relatively affordable battery replacement will ensure that your old iPhones work as well as it did on day one.

2. Better notifications
If ever there was a feature that made us go, “Finally!”, it is this. Notifications are finally grouped by app so all the clutter from WhatsApp and other apps gets hidden behind the newest notification. If you are getting too many alerts from any app, you can quickly swipe towards the left on any notification and tap Manage. This quickly allows you to stop notifications from that app or to stop them from appearing on the lock screen via an option called “Deliver Quietly”. 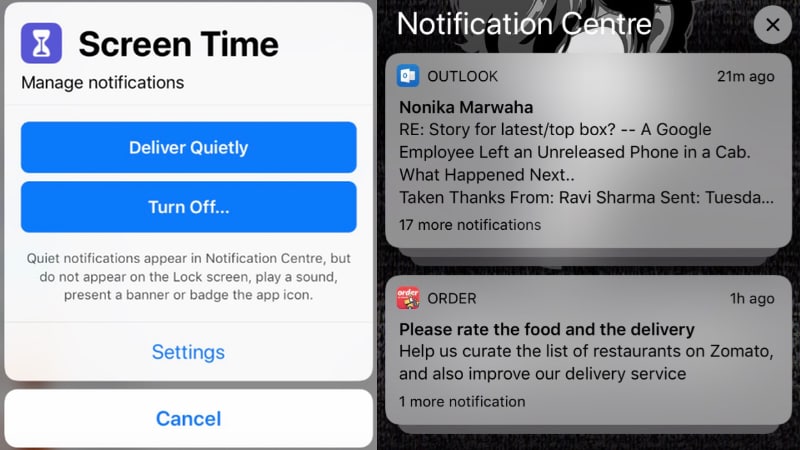 Grouping notifications by app is a long overdue feature, finally here with iOS 12

3. Curb your iPhone addiction
The Screen Time feature of iOS 12 allows you to reduce the amount of time you spend using apps on your iPhone. Go to Settings > Screen Time and put app limits for yourself. You can easily extend the amount of time you spend using any app for which you hit a limit, so for this to work, you need a bit of self-control too.

4. Automate everything
The Siri Shortcuts app is your new best friend if you like tweaking things on your smartphone. From setting custom phrases such as, “Show me the money!”, to open your banking app to executing a seven-task chain of actions via multiple apps with just one tap — Siri Shortcuts is your best bet for automation on iOS 12. The app will be available after iOS 12 releases. 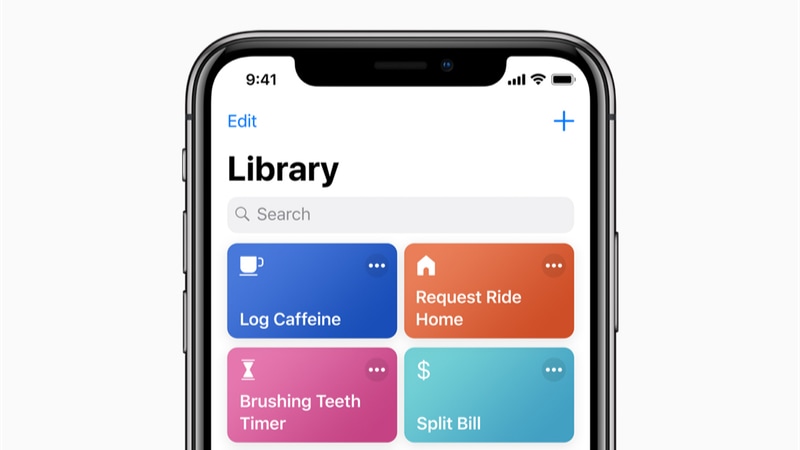 5. AR goes to the next level with 3D object recognition
Is this the year when augmented reality goes mainstream? No one can say for sure, but the demo of the Homecourt basketball app during the iPhone XS launch event definitely got us excited. That app lets you track a player's basketball performance without putting any kind of sensor on their body. Imagine if this kind of an app could be designed for other sports — a whole bunch of sensor-making companies may go out of business. iOS 12 and ARKit 2 could combine to make this possible. There are a couple more neat AR features on iOS 12 — a Measure app that lets you measure the distance between two points in the real world, or the dimensions of real-world objects, and this release also marks the debut of a new file format for AR (USDZ), which could allow you to quickly see if a certain piece of furniture fits in your living room, among other things. 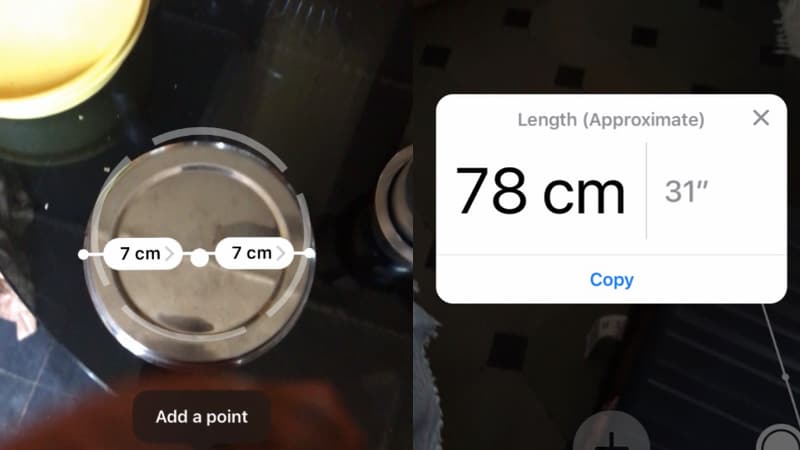 6. Voice Memos
The redesigned Voice Memos app is such a basic thing that we're surprised that it took so long. As journalists, the Voice Memos app is something we use frequently and until now it was extremely frustrating to use. With iOS 12, it finally makes seeking through a recording easy in the Voice Memos app. Recordings are also automatically tagged by location so you don't have to worry about naming each file individually, and sharing and duplicating these files is also pretty easy. This app now has iCloud syncing so your recordings are synced across devices. If we were to guess, it appears as though a journalist joined Apple and helped them make the app user friendly. Apple Books and Stocks apps have also been revamped, but Voice Memos' redesign is the most useful for us. 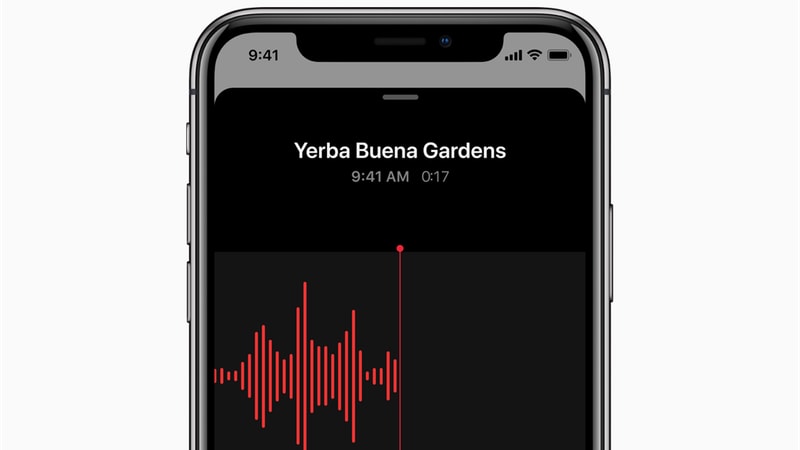 7. Siri has more general knowledge, is better at translation
Siri, even though it's not very useful in India, is getting a lot smarter. Apple has been working on expanding its repertoire. Try asking Siri for trivia questions and find out if it can answer more of these. It can now answer questions such as “How healthy is fish?” and provide suggestions from the United States Department of Agriculture (USDA) database. Siri also has an improved motorsports database to answer your racing related queries, is better at answering questions around celebrity facts, and also at translating languages with up to 50 language pairs now supported.

8. Improved Photos apps
The Photos app has a new look that resembles Apple Music, with a For You tab for personalised albums and sharing suggestions. The latter is really useful if you're the kind of person that forgets to share photos with close ones or on social media. The Photos app smartly creates albums of your recent outings for you to go through or share. Apart from this, the stock camera app on iOS now has improved Portrait Lighting modes for iPhone models that support this and better QR code detection.

9. CarPlay to get Google Maps
Apple Maps just doesn't work in India, and that means Apple's CarPlay is practically useless. CarPlay is a platform for cars, which links your iOS device to the car. It's slated to get Google Maps sometime soon, and if that happens, finally CarPlay will support navigation in India.

10. Animoji and Memoji
Animoji is one of the headline software features of the iPhone X, even though it's goofy and perhaps not as useful as other features of iOS 12. If you ever wished that you could do some voice acting for your favourite animated character, maybe Animoji can make it come true. With iOS 12, Animoji has four new characters — T. Rex, koala, ghost, and tiger — and a new feature called Memoji, which allows you to create an animated character that looks just like you. There's also tongue and wink detection for your Animoji to look more like you. 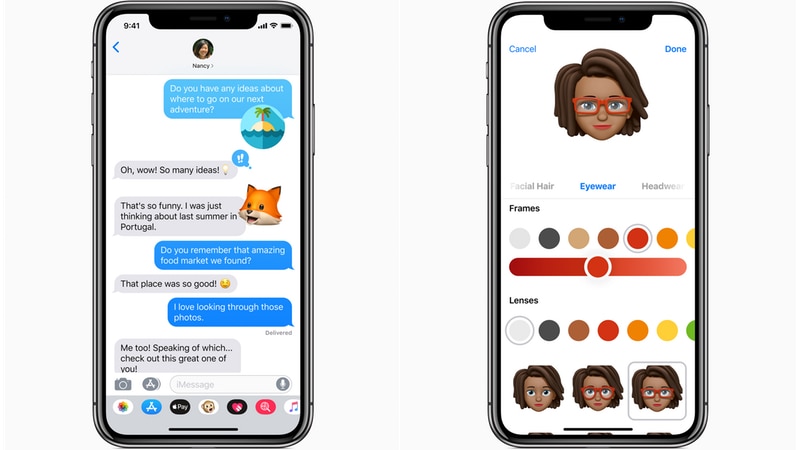 Memoji and new Animoji made their debut on iOS 12

11. Group FaceTime
Well, this is one of those features that was shown off at the WWDC 2018 keynote, but delayed in the run-up for iOS 12's release. If and when this update ships, FaceTime will soon allow you to have group audio and video calls with up to 32 people at once. If you want to host a family gathering on FaceTime, well this is your chance.

12. Even better privacy
Apple has been quite vocal about the fact that it cares about protecting your personal data. With iOS 12, some key privacy features have been added. One of these is device fingerprinting protection, which means that advertisers can't distinguish your device from others on the Internet and that leads to fewer ads following you across the Web. Safari browser also ensures that social widgets (like and comment buttons) on websites can't track you without your permission. There's even an improved password suggestion service that suggests stronger passwords and helps you replace weak or repeated passwords quickly.

Which is your favourite iOS 12 feature? Let us know via the comments.

Google Play Family Library Spotted by Some Users in India
Emmys 2018: Is Game of Thrones Poised for an Upset at the Emmy Awards?