Siri Shortcuts is a new iOS 12 app, while Voice Memos got a much needed revamp

Not every iOS 12 feature got a major announcement at WWDC 2018 during the keynote. There are a whole bunch of useful features that were either not mentioned or not highlighted during the keynote. We discovered these features while using iOS 12 beta and found them to be worth sharing. Here are our favourite hidden features from iOS 12, listed in no particular order.

1. SMS OTP auto-fill
If you get a one-time password (OTP) via a text message, iOS will now show an auto-fill prompt to help you quickly paste it in browsers or apps. Android users have had this feature for a while, but iOS' implementation is superior because it protects your privacy. On Android, every app that implements OTP auto-fill can read every single one of your messages. On iOS, the operating system prompts you to paste an OTP and the app itself can't read your messages. The only problem is if you enable any SMS spam prevention apps, you don't get the OTP auto-fill prompt if the message goes to your SMS Spam tab. 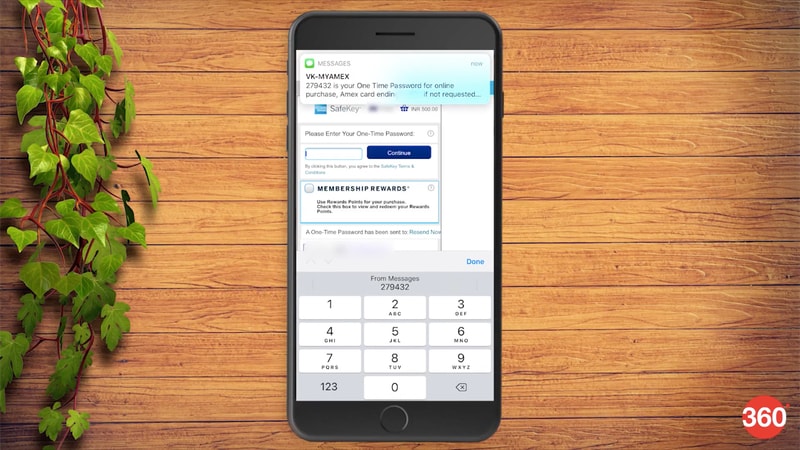 2. Gestures on iPad, just like iPhone X
iPhone X introduced us to different gestures for the Control Centre (swipe down from the top-right) and to switch between apps (swipe up from the bottom). The iPad now implements these gestures too. 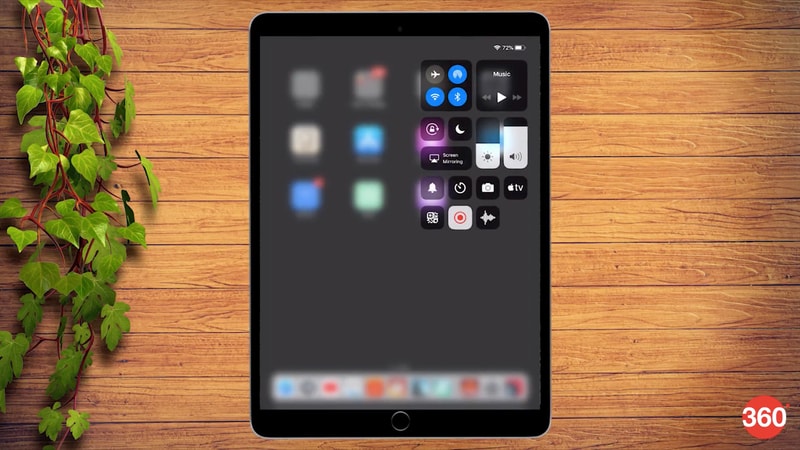 3. Multiple faces on Face ID
On iPhone X, iPhone XS, iPhone XS Max, and iPhone XR, you can now add more than one face to Face ID for unlocking the device. Go to Settings > Face ID and passcode and select Set Up an Alternate Appearance. Another nifty feature is if the device fails to recognise your face, you can swipe up to enter the passcode. 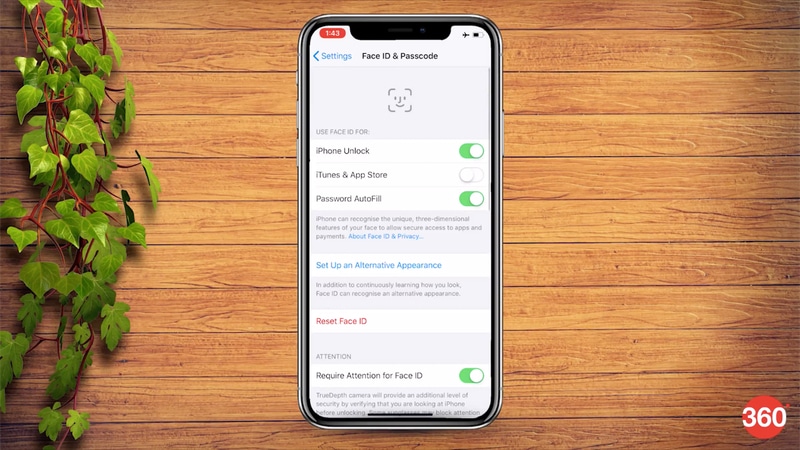 You can add multiple faces to Face ID on iOS 12 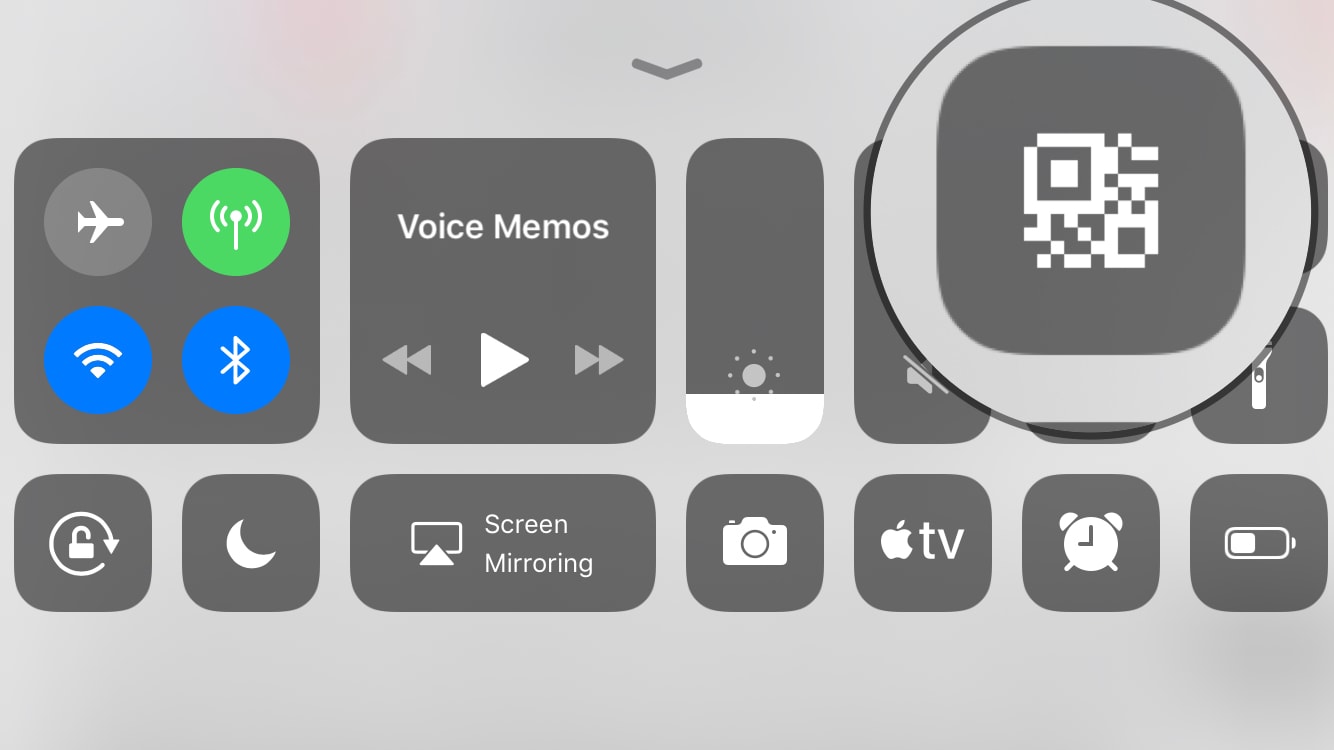 5. Automatic software updates
You can now allow iOS to automatically install new software updates. Go to Settings > General > Software Update. Tap Automatic Updates and switch it on to enable this. You'll be notified before iOS updates are installed. 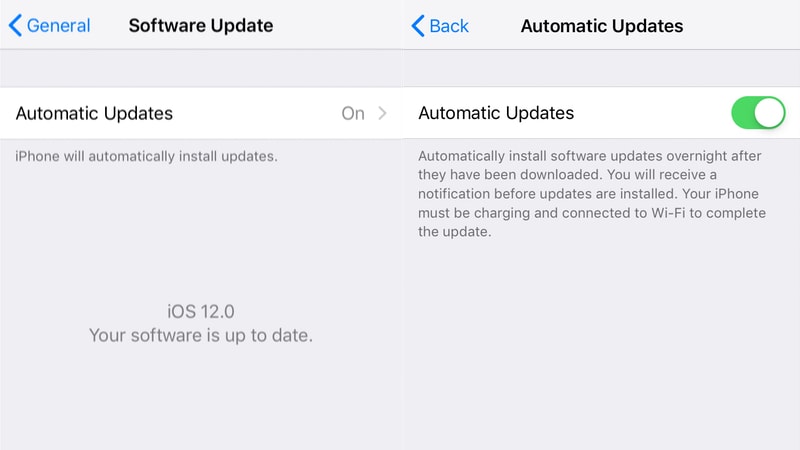 You can let iOS 12 update itself

6. Siri Shortcuts
The Workflow app makes a reappearance inside iOS 12 as an app called Siri Shortcuts. The app wasn't available at the time of writing so we weren't able to test it. However, you can still go to Settings > Siri & Search > All Shortcuts. Here you will find a bunch of Shortcut suggestions, and you can tap any, record a phrase, and Siri will execute that action when you say that phrase. For instance, “Show me screenshots” will make Siri open the Screenshots album in the Photos app. These recorded phrases will appear under Settings > Siri & Search > My Shortcuts. 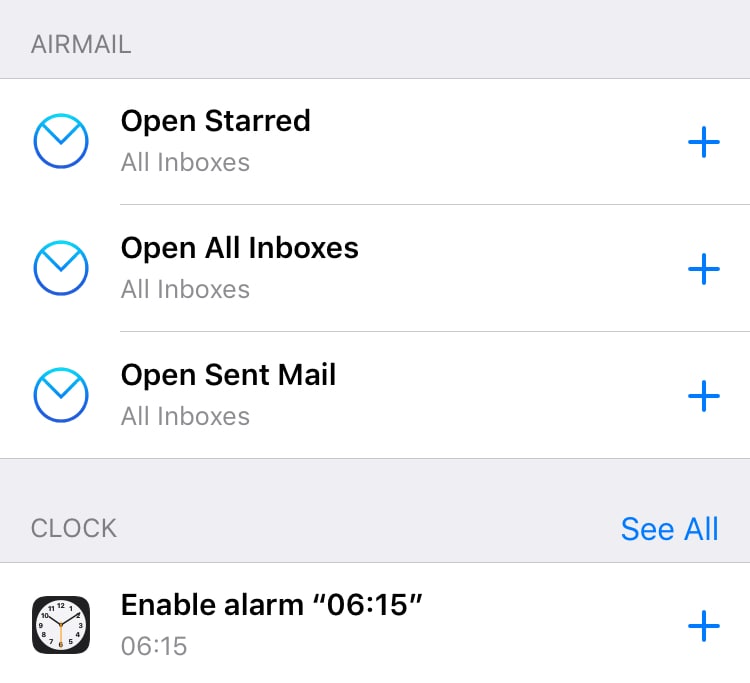 Siri shortcuts are one of the best features of iOS 12

8. Revamped Photos app
The Photos app has been revamped on iOS 12. You can see a For You tab that highlights various memories from your photo album. The app also sends you sharing suggestions based on trips you've been on recently or if it's been a year since certain trips, etc. 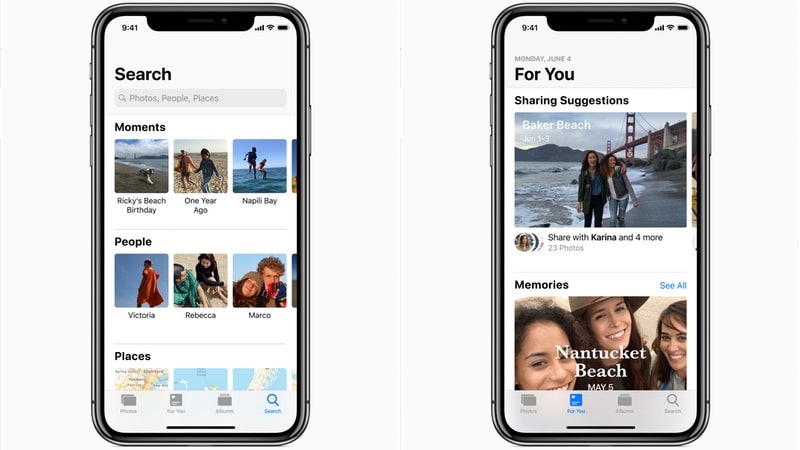 We love the iOS 12 Photos app 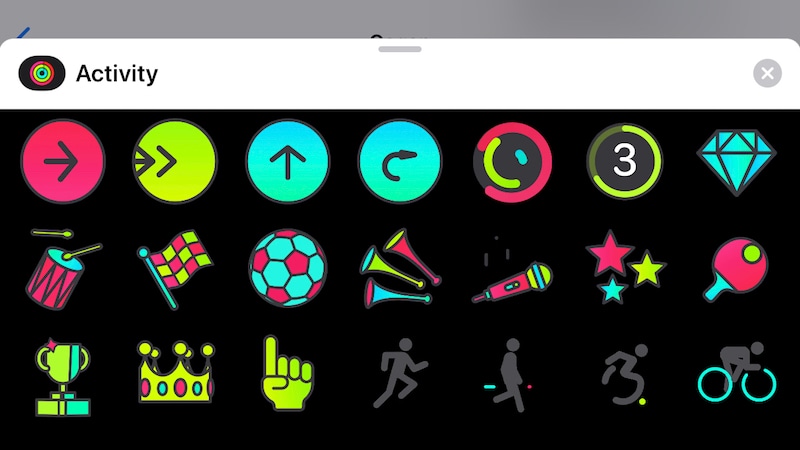 10. Favicons in Safari iPad
If you use Safari on iPad, each browser tab will now show the favicon of the website. This is a much-requested feature that's also coming to Safari for Mac. This needs to be enabled by going to Settings > Safari and enabling Show Icons on Tabs.

You can now add favicons to Safari tabs

12. Detailed battery stats
Go to Settings > Battery and scroll down to see detailed battery usage data with nice graphs that help you understand which apps have used the most battery. 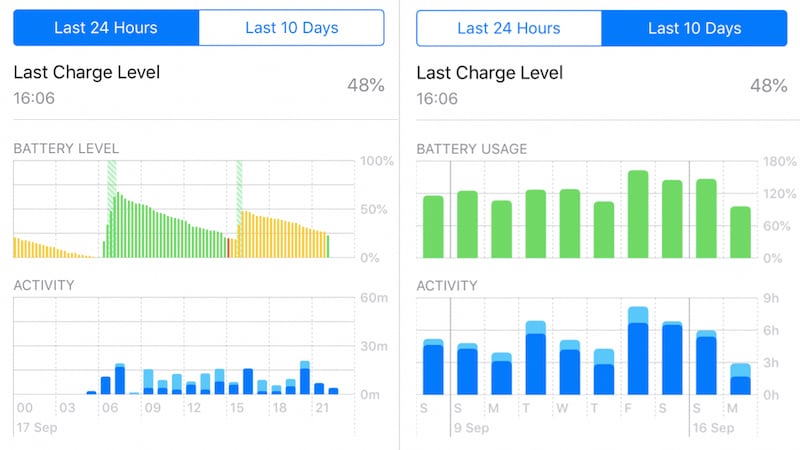 On iOS 12, you can find out exactly how your battery is being used 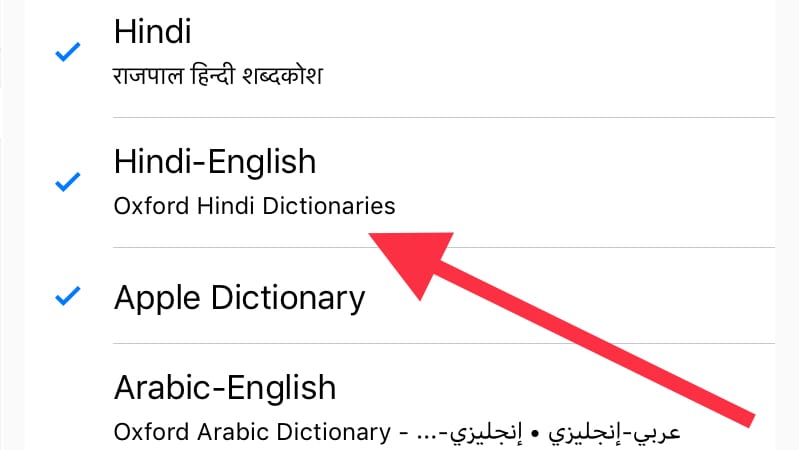 14. Thesaurus
Go to Settings > General > Dictionary and select any of the two thesaurus dictionaries (Oxford Thesaurus of English or Oxford American Writer's Thesaurus). Now in any writing app such as Notes, Pages, or Ulysses, select any word and tap Look Up. The location of this option varies by app and you may have to tap the right arrow once to see it. After you tap Look Up you'll see Thesaurus suggestions (synonyms) for that word. You'll have to remember these and manually replace the word in the app though, this feature doesn't let you copy a word and replace it. 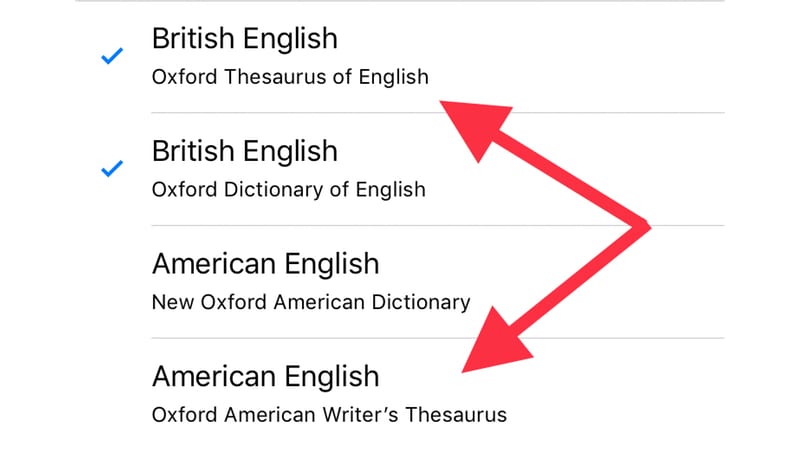 iOS 12 has a built-in thesaurus

15. Voice memo settings
The Voice Memos app has received a much-needed revamp in iOS 12. Apart from the redesign, the app has some nifty options too. Go to Settings > Voice Memos. Here you can choose to clear deleted voice recordings after a certain number of days and decide whether you want to record in a compressed audio format or lossless.

Voice Memos app got a revamp with iOS 12

16. Podcast app settings
The Apple Podcasts app gets a notable new feature — the ability to easily skip forward or back for a custom amount of time within the same podcast episode. If you want to forward 10 seconds to skip an intro or go back 60 seconds to re-check something you missed, this feature allows you to do both. On iOS 11, you could rewind or forward for 15 seconds each, but now you can change that. You can find these settings for the Apple Podcasts app under Settings > Podcasts.

iOS 12 also brings the ability to let external controls (like your headphones' or the car's controls) skip forward/ back in the same podcast episode, instead of going to the next/ previous episode. You can also control this behaviour via settings. 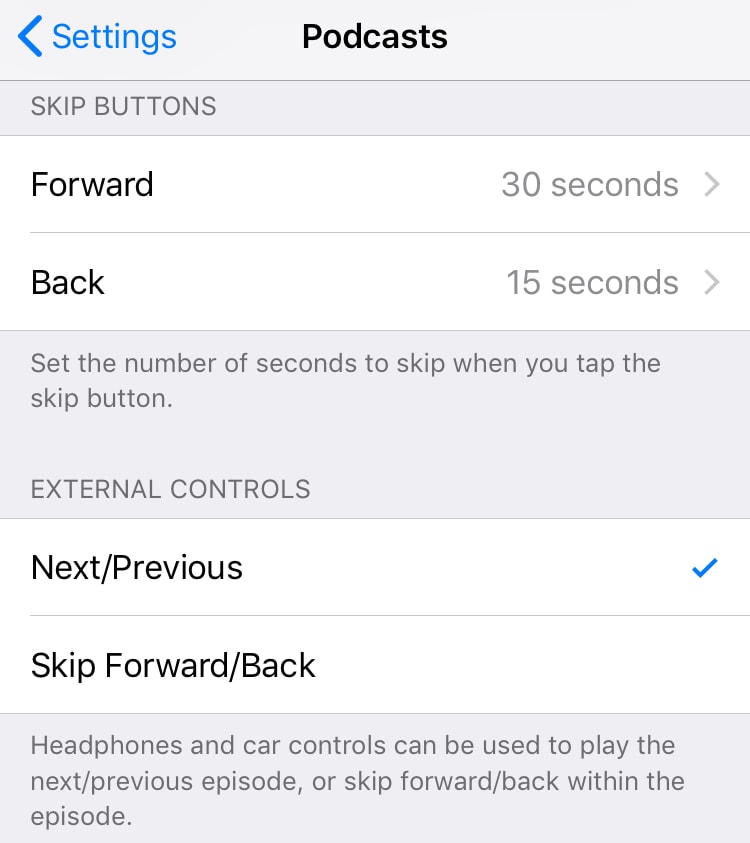 17. Press space to select text on devices without 3D Touch
If you have an iPhone with 3D Touch, you can force press the on-screen keyboard to bring out the trackpad style text selector tool. Now you can access this on iPhones that don't have 3D Touch too. Just long-press the space bar to use this feature. 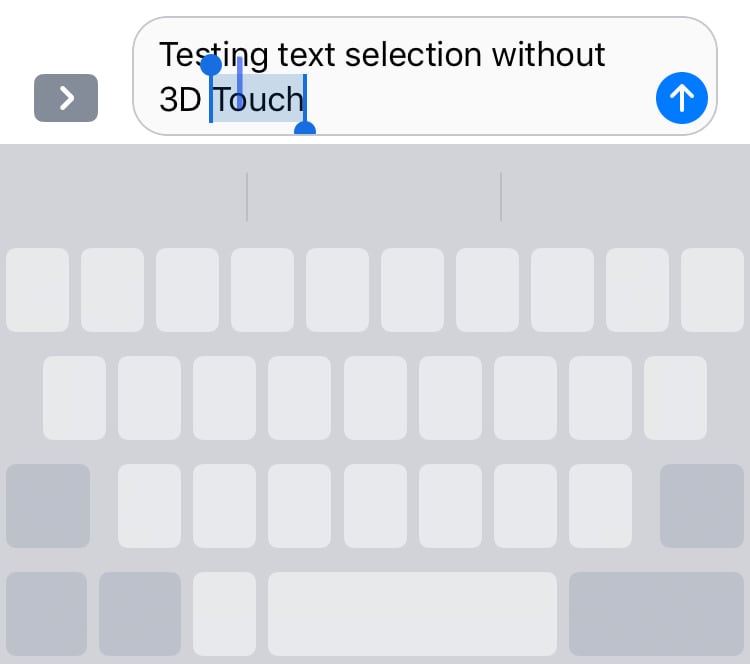 No 3D Touch? No problem 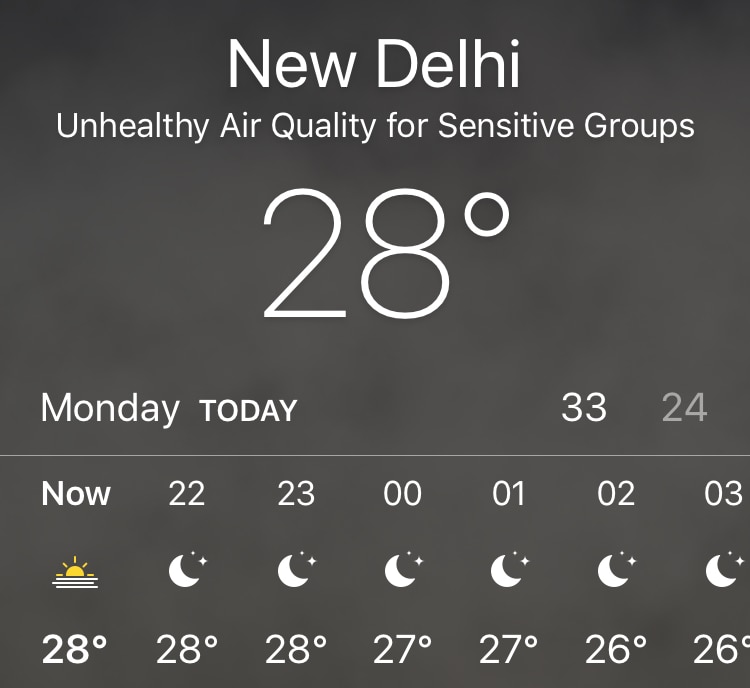 Which is your favourite iOS 12 feature? Let us know via the comments.

Further reading: iOS 12
Pranay Parab Email Pranay Pranay is in charge of podcasts and videos at Gadgets 360. Over the years, he has written over 500 tutorials on iPhone, Android, Windows, and Mac. He has also written in-depth reported features on the intersection of technology and culture, reviewed fitness wearables, been the social media manager, started two podcasts, and produced several tech videos. He loves travelling, particularly to places not frequented by tourists. He keeps running half-marathons across the country and hopes to complete ...More
Emmys 2018: Is Game of Thrones Poised for an Upset at the Emmy Awards?
How to Take Measurements and Check Levels Using iPhone's New Measure App