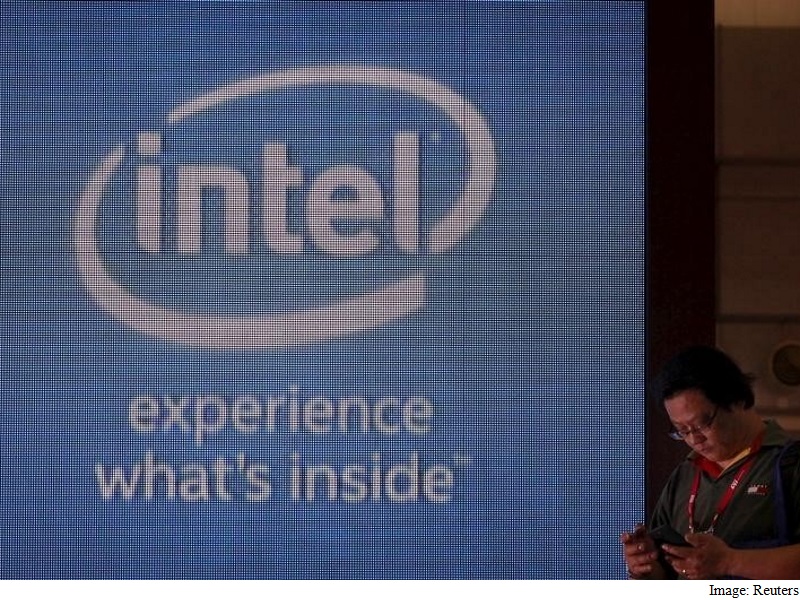 Renduchintala brought a record of success in mobile-phone chips, a market Intel has yet to crack. The appointment also fueled an exodus of some of the senior talent that helped make Intel the envy of the $300 billion chipmaking industry, and it left analysts fretting that more upheaval is on the way.

The two most recent exits came earlier this month, when Kirk Skaugen, the PC and mobile division head considered an eventual contender for the CEO job, split for his "next career opportunity." Doug Davis, a 20-year Intel veteran who ran the Internet of Things group, retires at the end of the year.

Renduchintala in November became head of engineering and president of a newly created group that includes chips for personal computers and devices that connect to the Internet. That placed him squarely above Skaugen and Davis on the organization chart.

Executives often leave when other candidates are brought in ahead of them, reducing their chances of attaining CEO roles. In Intel's case, Renduchintala's arrival has been more disruptive because the company has nurtured and promoted internal executives for years.

Still, Intel needed fresh thinking at the top. While it dominates the market for personal computers and the servers that power data centers, the company has been lapped in areas like smartphones. So much tumult just weeks before quarterly earnings are due raised concern that all isn't well with Intel's businesses, said Stacy Rasgon, an analyst at Sanford C. Bernstein.

Even if the revamp yields fruit in the future, it augurs more restructuring in the near term and suggests that Krzanich, more than two years after taking the helm, is growing impatient with the company's progress in getting into new markets and firing up growth.

"There is no way it's not disruptive," Rasgon said. Krzanich had "already lit a fire, but perhaps it wasn't big enough."

Rasgon cut his price target and rating to the equivalent of sell last month, citing a deteriorating PC market. Intel's shares have gained almost a third on Krzanich's watch, though they've underperformed the Philadelphia Semiconductor Index.

One departure didn't come by design. Aicha Evans, the head of mobile and one of the technology industry's most senior black women, recently tendered her resignation, according to people with knowledge of the matter. That's a blow to efforts by Krzanich to recruit more women and minorities. News of the planned exit, first reported by Bloomberg, sent Krzanich scrambling to get Evans to change her mind, said people who asked not to be identified discussing personnel matters.

Intel has struggled in mobile since long before Evans took over the division in July. Despite investing billions of dollars over two decades, Intel ended 2015 with about 1 percent market share in smartphone processors.

The company has made some progress of late, and the pace of improvement would accelerate if Intel lands Apple, one of the most coveted mobile-chip customers. Intel is in the running for a lucrative order to supply the next iPhone with the chips that connect handsets to phone networks, according to Tim Arcuri of Cowen & Co. Intel declined to make executives available for this story, while Apple couldn't be reached for comment.

For chipmakers, getting mobile right is crucial. As recently as 2008 computers provided almost twice as much as revenue as the wireless communications category, according to IDC Corp. By 2014, wireless chips were gaining fast, with $100 billion in revenue compared with $110 billion from computers.

Krzanich has publicly criticized the mobile unit, saying it needs to bring products to market on a more predictable cadence to keep up with advances by industry standard-setters such as Qualcomm, whose engineering team was co-headed by Renduchintala.

Qualcomm became the mobile-market leader through expertise in cramming multiple semiconductors into a single sliver of silicon that can get by on a tiny amount of battery power, a technology known as system-on-a-chip. Intel, by contrast, has been slow to shrink its more powerful computer chips to the point where phone makers can use them.

To succeed at Intel, Renduchintala will need to win over a workforce accustomed to leaders who are groomed from the inside. In public appearances and interviews, Renduchintala is garrulous and exudes confidence, unafraid to dominate the conversation even in front of superiors. According to people who have worked with him, he's loyal and forgiving to close associates but can be short-tempered with people he considers under-performers. He left Qualcomm after being passed over for promotion to sole leadership of that company's chip business.

"He's very knowledgeable about the mobile space, and he's very good at execution," said Ian Ing, an analyst at MKM Partners who has worked with Renduchintala. At the same time, "he's a direct and forceful personality."

Intel is also under pressure from a drop in demand for PCs, the area under Skaugen's purview. The group has tried to weather the slump by cranking out chips and other technology that have led to sleeker laptops. It has also grabbed share from Advanced Micro Devices Inc. Yet Intel's best efforts haven't persuaded consumers to upgrade machines faster or shun smartphones as the main way of getting online. The division ended last year with $32.2 billion in revenue, down from $34.6 billion in 2013 when Krzanich became CEO.

Davis' group, the Internet of Things business, has fared better, expanding 27 percent since Krzanich became CEO, though it's still relatively small, generating $2.23 billion in revenue. Intel's main engine of growth remains the data center unit, which now provides half of corporate profits. Revenue from server chips has increase 31 percent to $15.98 billion during Krzanich's tenure. That business is run by an Intel veteran, Diane Bryant, who's still around and doesn't report to Renduchintala in the new structure.

Another executive who departed this year is Renee James, a one-time CEO candidate who instead was named president when Krzanich landed the top job. James was the final technical assistant to former CEO Andy Grove, making her a graduate of the program Intel uses to groom future leaders. Renduchintala effectively replaced her, as well, in the company's hierarchy beneath Krzanich.

It's hardly novel for a CEO to shake up senior ranks after becoming CEO. Satya Nadella, who became Microsoft's CEO a few months after Krzanich's ascension, has also overhauled his management team and reshaped the company. The effort has been well received by Wall Street and investors, spurring a 40 percent rally in Microsoft's shares.

Krzanich is betting his gamble this one, on an outsider will pay off too.

"In technology it's so easy to become obsolete," Gerra said. "People have to be in survival mode, they have to be a little on edge. But it's a double-edged thing. Too much on edge isn't a good thing."