How Getting a Smartphone Raised My Dating Standards 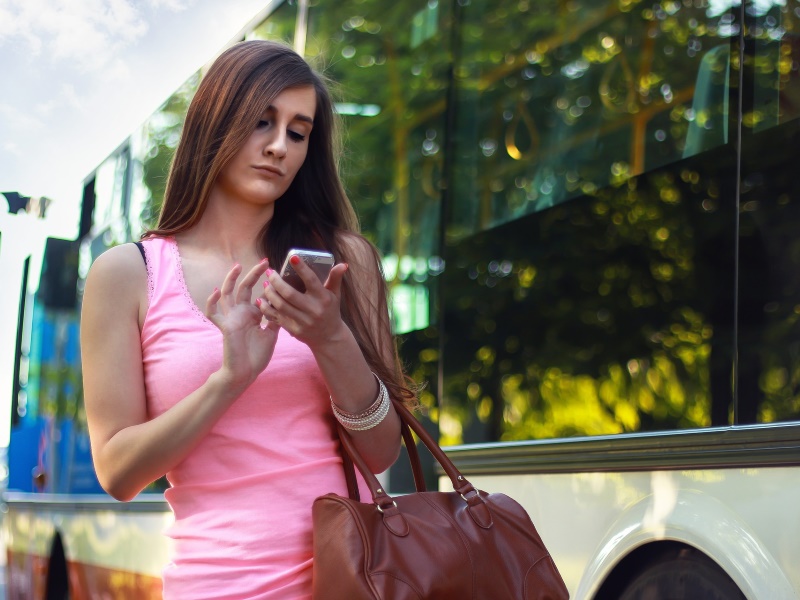 "You know, you should really try dating more than one person," Andrew said as he drove me home. We'd just had pizza at his place and sort of watched a movie while making out on the couch. Our third date.

Andrew had been very upfront about Amanda after he'd slipped a few weeks ago and said "we" in describing his weekend activities. When I asked whom he was with, he said he'd been seeing someone for a month or so, but it wasn't serious since she was also dating other people. "She never has to pay for dinner," he'd said, and laughed.

I thought that after being intimate with me, he'd made his decision. He hadn't, and told me he planned to spend the weekend with her again.

Despite reading articles about how singles keep their options open in the beginning before having "the talk" and getting exclusive, I couldn't comprehend dating and sleeping with more than one person on a regular basis. As a single mom, I barely had time to get to know and date one person.

Then I got a smartphone.

Before that, I'd had to log on to OkCupid, scroll through profiles, choose a few that didn't seem too horrifying, message back and forth, then, in a moment of blind trust, give them my phone number like it was a precious gift. As we texted, I would focus on one person, not even considering others in the meantime. Waiting for that next text was enough to make me pace in my living room.

Aziz Ansari has joked and written about this a lot. In an interview about his 2015 book, "Modern Romance," Ansari recalls an old crush: "I texted someone I thought was really interested in me and then they didn't say anything back for hours and what eventually turned into days," he said. "And I was losing my mind and it's because I received silence on the other end."

He goes on to talk about the paradox of choice in online dating: "We have the most romantic options that any generation's ever had. You'd think more options is better, but whenever you look at any studies they've done, they always find that the more options people have, the harder it is for them to make a choice and that when they do make a choice, they're less satisfied."

I disagree with Ansari. Choices, options, all that dinging and buzzing from notifications on my phone raised my standards. Not only did my former multiple-dater Andrew make more sense, but also I now saw how ridiculous I was to put myself in the situation I was in with him - as a second fiddle. The phone in my pocket that pinged with every message received also revealed an endless stack of available men who were also in their late 30s, some with kids, and some looking like pretty decent fellas.

Dating as a single parent is tricky. My kids are usually seen less as a "bonus" and more as a "situation." In the world of Tinder and Bumble, where people keep up the appearance that they are low-key, lacking in any drama and partaking in an Instagram-worthy activity during every free moment between trips overseas, admitting you work from home and have small children orbiting you full-time feels like a drag.

"I don't really like kids," one date said after we'd eaten dinner. He knew I had them. It was our second date.

"So then why are you going out with me?" I said.

"Well, I like your company," he said. "I mean, you get time away from your kids, right?" My phone buzzed in my pocket, a reminder that a different man might not feel the same way. I didn't kiss him goodnight, and told him I could walk myself home.

Then, I met Jason. He'd just moved to town, had an engineering degree and drove one of those Toyota pickups I'd drooled over for years. He planned to camp for the summer while working as a wildland firefighter, putting off the decision of where to apply for a professional job. "I'm not scared of kids," he said after our first meeting over a beer. "I like grown-up women."

We went to dinner and never made it to the movie. He spoke of feminism and politics, tickling my intellectual fancy. He walked me home and stopped to kiss me under a streetlamp.

It was past 11 o'clock when I invited him into my place, hoping the kids would be asleep. But we walked in the door to a house full of the usual daily chaos that makes up my life. Both kids were up, the babysitter was apologizing, exasperated, and the dog wouldn't stop barking. Jason smiled politely and casually chatted with my kids.

The next morning, my neighbor came over and excitedly asked how my date went. I gushed a little about his freckles, how he held my hand walking home and what a great kisser he was. We had plans to go swimming that afternoon while the kids were at Grandma's.

In the middle of making pancakes, my phone buzzed with a text. "Last night got more real than I was ready for," Jason said. He canceled our plans.

I wasn't devastated by the rejection. Normally I feel heartache magnified by hopelessness over not being able to find anyone. Instead, all I had to do was open Tinder, swipe right or left, and start a few more conversations. Within two days, I was on another date.

Having the ability to easily peruse my options from anywhere, not just my home computer, brought me out of a cycle of insecurity I'd felt before I had a smartphone. Back then, I'd often try to persuade people to like me in spite of all the things I juggle.

Now I'm more confident. Tinder makes it obvious that I'm not alone in being single and that there are plenty of single parents looking for a partner. A date not having the potential I'd hoped for is no longer a tragedy, and suddenly dating is fun again. I no longer feel pressured. I trust that someone, eventually, will like me for me.

Brexit: 'Move to Gibraltar' Among British Google Searches After Vote
Nasa to Drive Curiosity to Potential Water Sites on Mars