How does Apple's iPhone 5 compare against the competition 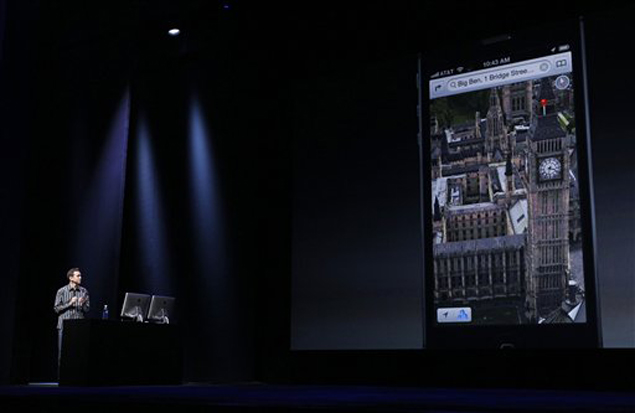 Apple has taken the wraps off its iPhone 5 and it will be available in seven countries starting September 21. By now everybody knows that it in indeed taller and faster than its predecessor but how does it match up to its arch rivals.

Recently, all major smartphone makers had launched their flagship smartphones. Samsung has been betting big with its Galaxy S III, which is a successor to its popular Galaxy S II smartphone. On the other hand, HTC has introduced HTC One X. Sony and Nokia too have warmed up to the smartphone race with Sony Xperia T and Nokia Lumia 920. Nokia Lumia 920 will be the first Nokia smartphone to run on Windows Phone 8 and offer wireless charging.

We have pitted all these smartphones against each other for specs by specs comparison. It's noteworthy, that as of now only Samsung Galaxy S III and HTC One X are available in the Indian market while the rest are expected to make their way soon. 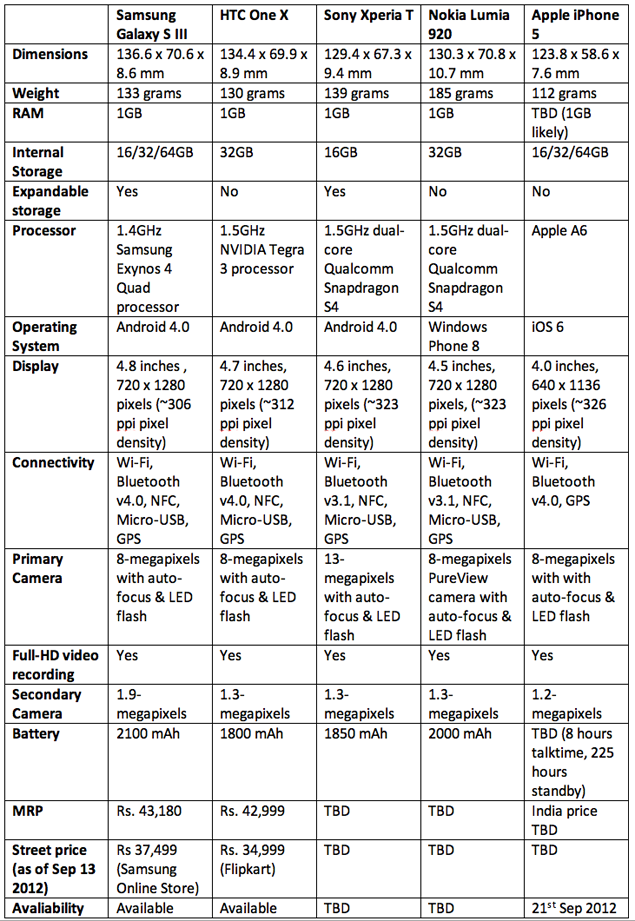