Honor 8 Pro vs OnePlus 5: Which One Should You Buy?

The recent launches of Honor 8 Pro and OnePlus 5 have sent the mid-range segment of the smartphone market buzzing. First came the unveiling of the much-awaited OnePlus 5 featuring a dual camera setup, the first on a OnePlus device. The OnePlus 5 enjoyed a brief spell as the only new flagship-spec device of the current generation around the Rs. 30,000 mark. Things have changed though, with the introduction of the Honor 8 Pro. The smartphone is priced aggressively, and undercuts the OnePlus 5 by quite a bit. On top of that, Honor has been in the dual camera race longer than OnePlus. So in order to make your buying decision easier, we put the OnePlus 5 against the Honor 8 Pro, in a battle of budget flagships.

Let's find out if OnePlus 5 and Honor 8 Pro have what it takes to be the real flagship killer.

Both the smartphones sport a metal unibody build and have a dual camera setup at the back. The OnePlus 5 has faced some criticism for its resemblance to the iPhone 7 Plus. The camera bump on the back is also prominent, and you might need to buy a case to keep it safe. We have even seen the paint chipping around the camera module on our OnePlus review unit. On the other hand the Honor 8 Pro has a more unique design, with rounded edges, and the dual camera setup sits flush with the body, under a glass visor.

Although you won't go wrong with either smartphone, the Honor 8 Pro is bigger than the OnePlus 5. This give you a bigger battery, but if you want something that's less bulky, the OnePlus 5 would be a better choice.

The OnePlus 5 sports a 5.5-inch full HD AMOLED panel while the Honor 8 Pro has a 5.7-inch Quad HD LTPS panel. The Honor 8 Pro clearly leads here and has a crisp display when compared to the OnePlus 5. If you watch a lot of content on your smartphone, the experience on the Honor 8 Pro will be much better. 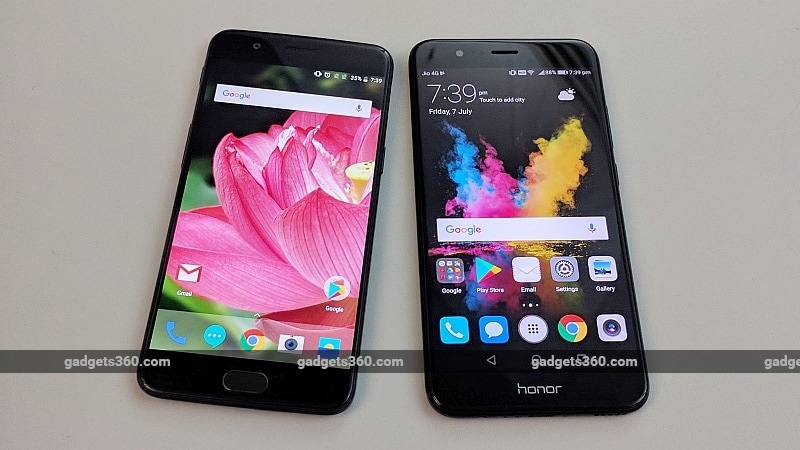 We did see the OnePlus 5 perform better in benchmarks than the Honor 8 Pro, but we wouldn’t give it extra points for that, because it is accused of manipulating benchmarks, which aren't a great indicator of real world performance to begin with.

Both the phones performed well for day to day tasks, but we saw the OnePlus 5 perform better in comparison. We also found that the Honor 8 Pro would get warm when using the camera and playing a few graphics intensive games. The OnePlus 5 on the other hand ran significantly cooler. 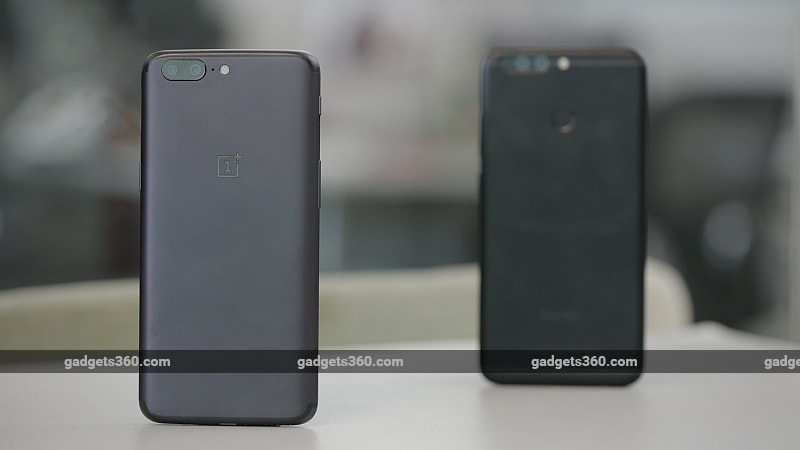 In terms of software, both the devices ran Android Nougat with some customizations on top. OnePlus calls its interface OxygenOS, while Honor uses its EMUI skin on top. Between the two, OxygenOS is closer to stock Android so purists might like it.

Can the OnePlus 5 be a good replacement for your Google Nexus device?

We saw the OnePlus 5 pulling the lead in our HD video loop test by going on for 16 hours and 9 minutes, while the Honor 8 Pro could only manage 10 hours and 19 mins. While this might be because of the higher resolution display on the Honor, the OnePlus 5 bags this point for better performance overall.

Both the phones sport a dual camera setup, but the implementation is quite different. The OnePlus 5 has a 16-megapixel sensor and a 20-megapixel telephoto lens while the Honor 8 Pro uses a 12-megapixel RGB sensor and a 12-megapixel monochrome sensor. The OnePlus 5 primarily uses the second sensor for better portraits by using it to calculate depth. The telephoto lens is only used in the photo mode when zooming into the subject. As for the Honor 8 Pro, the monochrome sensor is used to capture better details. You also get a monochrome mode which lets you shoot photos in black and white.

The OnePlus 5 has received two software updates after we completed our review of the phone, which the company claimed improved camera performance. In our experience, quality did improve for general photos, but dropped for portrait mode. 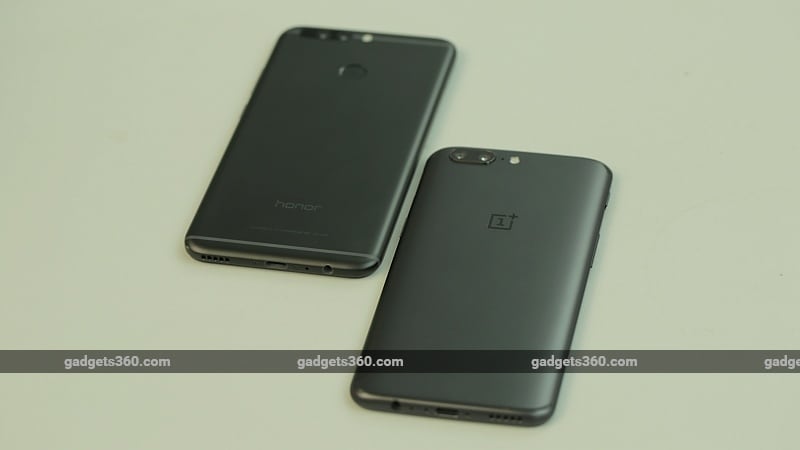 If you check the camera apps on these device, you do get more modes in the Honor 8 Pro to play with. Both the phones have pro mode which lets you take complete control of the camera and click in RAW format. In this mode the Honor 8 Pro offers you the option to select metering method which the OnePlus doesn’t. But on the other hand, OnePlus does offer options to save your customisations.

Verdict
It all boils down to what you intend to do with your smartphone. Both phones can handle medium to heavy tasks without breaking a sweat but we must say that the OnePlus has the edge in this case. It is faster than the Honor 8 Pro and runs cooler. Pick either phone of these and it will last for one day with some battery life left at the end of the day, although chances are that’ll you’ll be left with more battery life after a binge watching session on the OnePlus 5 than the Honor 8 Pro. 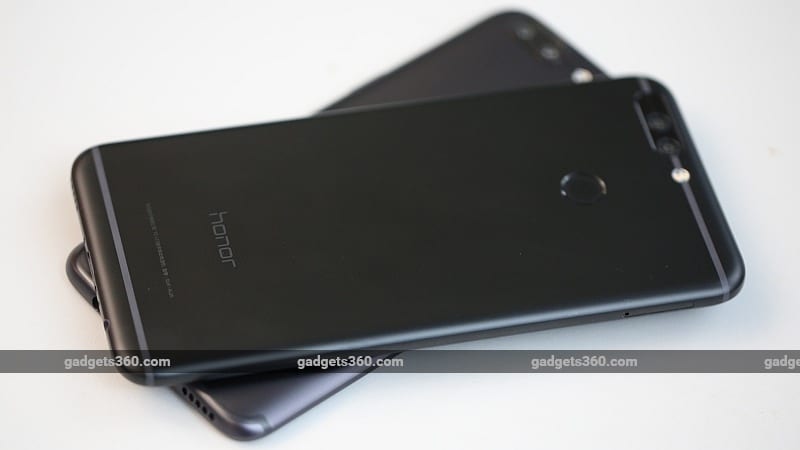 While the QHD display on the Honor 8 Pro drains the battery faster, it does offer a much better output compared to the OnePlus 5. The camera on the Honor 8 Pro also nudges past the OnePlus 5 and manages to capture details better. It offers twice the amount of storage space and a higher resolution display at a price that's even more affordable than the OnePlus 5, making it just as much of a flagship killer.

Honor 8 Pro vs OnePlus 5: Which One Should You Buy?
Comment