Hello Moto: A Look Back at 6 Classic Motorola Phones

Recently, we relived the past with Nokia’s  most memorable phones of all time. Although there may be a lot of fanboys and fangirls of the Finnish brand, many have equally strong feelings for the daddy of all mobile phone brands - Motorola.

Motorola's name will forever be etched in history as the first company to sell a mobile phone - the DyanTAC 8000X - in 1983. Since then, Motorola has been an easily identifiable brand to almost everybody in the world. Its designs were often strikingly unique and at the same time, Motorola phones often gave out a vibe that these devices mean business. With the all-metal Moto M smartphone set to launch in India on Tuesday, we’ve handpicked some of the most memorable Motorola phones we’ve come across. Here are our picks for the six most memorable Motorola phones of all time.

1) Motorola RAZR V3
It would be a crime not to start this list the Motorola RAZR V3, the "Moto Razor” that practically everyone bought. It shall forever remain the king of flip phones - particularly considering that the form factor has mostly died out by now.

The anodised aluminium case of the RAZR V3 had a solid feel to it, the design of the flush numeric keypad made it feel like a phone from the future. It was a pretty thin phone for its time back in 2004, and that was the unique personality of the RAZR series, as is evidenced by its successor, the RAZR 2 V8’s TV commercial.

Motorola’s flip phones may have disappeared eventually, but the RAZR brand name was used for bar-shaped Android phones too. Motorola also tried to broaden its 4LTR (four letter) naming convention with the RIZR, KRZR, ROKR, and SLVR line of phones, though the others did not have as much of an impact as the RAZR did. 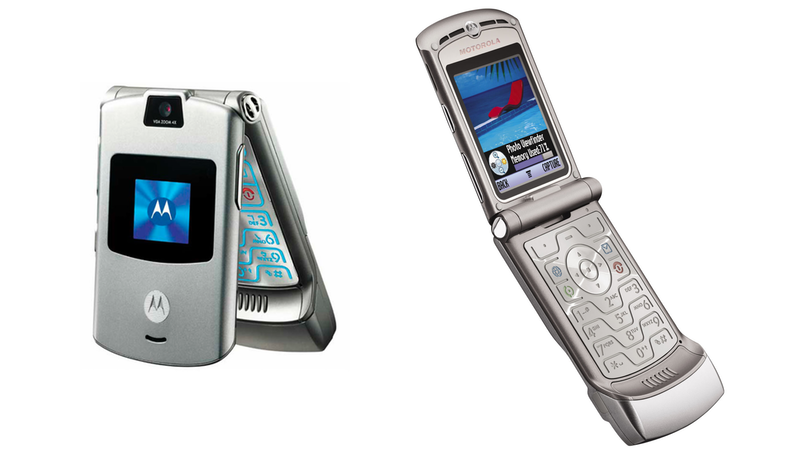 2) Motorola Droid
The word ‘Droid’ has been a registered trademark of Lucasfilm Ltd, used to describe the fictional robots from the Star Wars franchise. American telecom operator Verizon licensed the word, to name Motorola’s 2009 flagship - the Motorola Droid. The name itself was a play on ‘Android’, and the Droid would go on to help introduce Android to the world.

This phone came at a time when Apple’s iPhone had picked up steam, and the Motorola Droid was packed to the brim with features. It was one of the first phones to run Android 2.0 Eclair, and came with Google Maps, bringing free turn-by-turn navigation. The Droid had a powerful hardware for the time - it had a 550MHz CPU, 256MB RAM, 512MB storage, a 3.7-inch display, and a 5-megapixel camera - and more importantly, a slide-out full-size QWERTY keyboard. The keyboard was important as many smartphone users still hadn’t warmed up to the idea of typing on an on-screen virtual keyboard. In other markets, the Motorola Droid was rebranded as the Motorola Milestone, which launched in India in 2010.

For the next few years, this slide-out Droid lineup saw a couple of updates that fixed the awkward D-pad placement on the first one. But just like the RAZR, the Droid line too diversified to more typical form factors. Among the bar-shaped phones, the Droid Maxx series was memorable for its high-end specs and massive battery size. Even today, some Motorola phones including the Moto Z sold by Verizon bear the Droid naming. 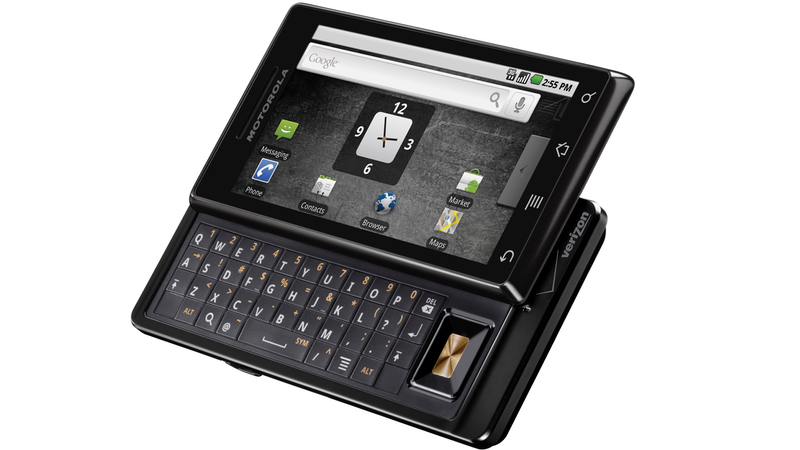 3) Motorola AURA R1
Most phone brands try to do something exotic at least once in their life, and the AURA was Motorola’s extravagance. The most striking aspect of this 2008 premium phone was a fully circular screen (with no flat tyre, unlike the Moto 360 smartwatch). The screen was really sharp at 300PPI, well before the 326PPI toting iPhone 4 in 2010. Unfortunately, the rest of its specifications weren’t as cutting-edge, though it’s pricing was still pretty high for a number of reasons.

A lot of custom engineering went into creating the unique swivel-like opening mechanism. The stainless steel body had a unique pattern engraved to it and the finish was the same as luxury watches. The AURA was supposed to be a line of products, but only the R1 ever made it to production, and probably not too many bought the $2000 first generation product. 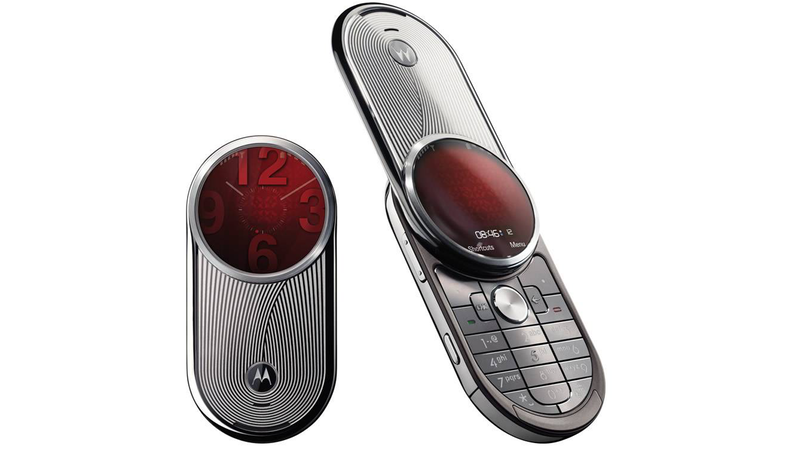 4) Motorola Q8
The Motorola Q8 was a QWERTY phone meant to compete with the BlackBerrys of 2005. If you look closely, you can see the resemblance of the RAZR series in this one, especially thanks to the Q8’s thinness. Its sharp looks were appealing, the keyboard had well designed tactile keys, and it also had a BlackBerry-like scrolling click wheel on the side. It ran Windows Mobile 5.0 and had capable smartphone specifications for the time. The Q series further continued with the Motorola Q9h, and finally retired after the Q11 in 2008. 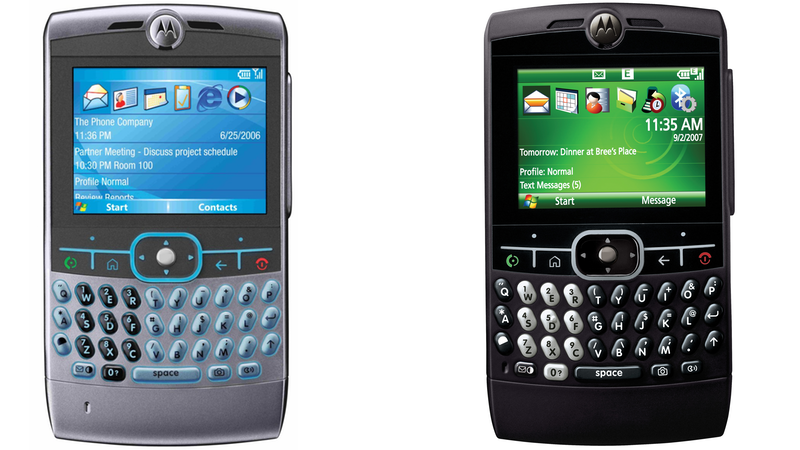 5) Motorola Moto X
The Motorola Moto X was a huge turning point for the company in 2013, released soon after Motorola was acquired by Google. You could see the Mountain View company's influence on the new Motorola phone - it’s design, software, and even marketing had a touch of Google to it. Speaking of design, the Moto X paid homage to another interesting Motorola product - the Moto Defy, which was primarily known for its tough exterior and water/ dust resistance. The Defy was a well-sized handset with a 3.7-inch display that could be easily used with one hand.

The Moto X, which had a 4.7-inch display, was also fantastically-optimised for its size, and thanks to the curved back, fit in the user's hand really well. You could also customise the front, back, and camera ring colours to your liking on Motorola’s website in certain markets, and even get words engraved at the back. The phone boasted of running near-stock Android and promised of fast Android updates (a promise it largely kept, save for the last Android 5.0 update).

The Moto X was also known for its always-on listening capabilities - you could say “Ok Google Now” and speak voice commands without picking the phone up. This is something we see even today with the “Ok Google” commands on the Pixel phones, and Google Home. Next, the phone had always-on motion sensors that lit portions of the AMOLED screen every time you picked up the phone. It would show time and notifications that you could tap to quickly glance. Motion gestures also enabled the now popular double-twist action to fire up the camera even when the phone is on standby.

Later versions, like the Moto X (Gen 2) incrementally improved upon these features by adding infrared sensors on all four corners, that could detect a hand waving over it. Ultimately, the Moto X series seems to have been retired, replaced by the Moto Z that is on sale today. 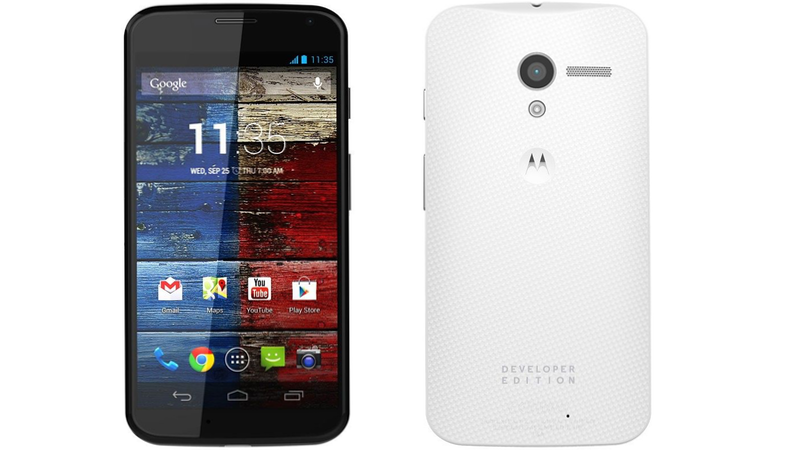 6) Motorola Moto G
Last on this list is the Moto G, a phone that revolutionised inexpensive smartphones in 2013. Before companies such as Xiaomi got into the high-specs-for-low-price game, it was the Moto G that showed people they didn’t have to spend a lot of money to get a good smartphone. Armed with competitive specifications for the time, and the promise of fast Android updates, the Moto G and its successors won many hearts over. In India, it also resulted in a memorable partnership with Flipkart, and made selling smartphones online through exclusive partnerships the template for so many other brands to follow. 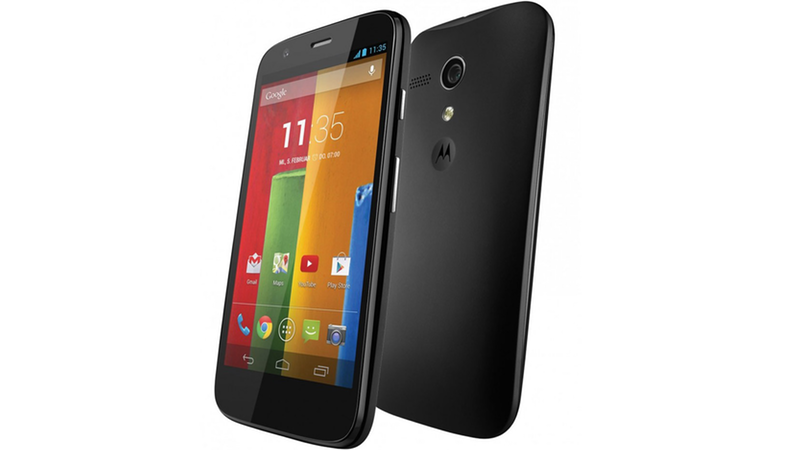 Motorola today is part of Chinese electronics giant Lenovo, after Google sold just the mobile division of the company, keeping the patents for itself. Many of the popular faces that ran Motorola, such as Rick Osterloh, Jim Wicks, Dennis Woodside and Punit Soni, have moved on by now. The company has also found it hard to integrate with its new parent company, as is evidenced by the rounds of layoffs that have happened since. One can only hope that the iconic brand that people knew and loved can maintain its place in the market.

What do you think? It’s obvious that we possibly can’t list every Motorola phone in this list. So let us know which Moto you miss the most, via the comments below.