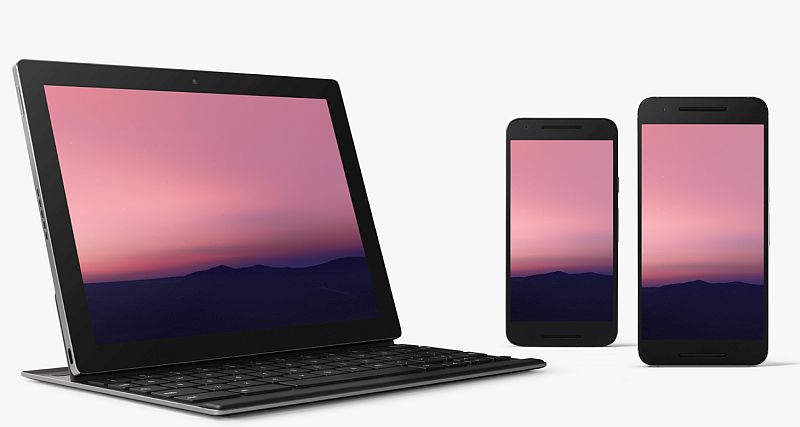 Google however stresses that "Android N is still in active development." Dave Burke, VP of Engineering (Android), in a blog post announced the availability of developer preview and said the motive of releasing a "work in progress" build earlier in the development cycle was to give Google more time to "incorporate developer feedback."

Hiroshi Lockheimer, SVP Android, Chromecast, and Chrome OS at Google, in a Medium post confirmed that the company plans to "hand off" the final Android N release to device makers this summer, anticipated to be after Google I/O 2016 - which kicks off May 22. Additionally, Google is offering enthusiasts the chance to stay up-to-date with the latest pre-release builds of Android through the new Android Beta Program, which will deliver updates over-the-air.

For developers, Google is also offering a $150 discount on Pixel C tablet to try out the new features on a tablet. Burke in his post added that the initial preview release is intended only for developers and is not for daily use or consumer use. The company will be updating the Android N Developer Preview system images often "during the Developer Preview program". Burke adds that as the final build release will near, Google will invite consumers to try the new Android N.

Notably, the official developer site has a timeline fixed for the Android N release and it says that the N Developer Preview will run from March 9 until the final Android N public build will be released to AOSP and OEMs, which is planned for Q3 2016.

As expected, Google will not be revealing the Android N name for now. "We're nut tellin' you yet," said Lockheimer. The SVP is almost definitely hinting at N standing for Nutella, the popular hazelnut spread, though of course, he could be purposely misdirecting users. Here are biggest changes to Android that Google has introduced with Android N. 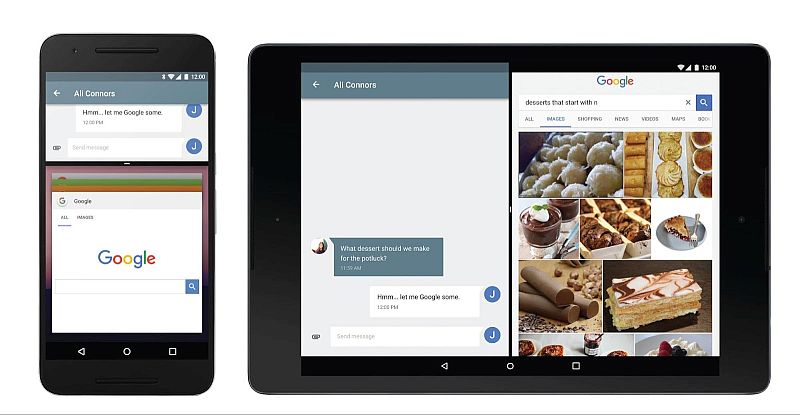 Multi-window support
With Android N, Google is adding a much-requested multitasking feature into the OS - multi-window support. The new feature will allow users to pop open two apps on the screen at once and run them side-by-side or one-above-the-other in split screen mode. The company has also added resize option for apps which can be done by dragging the divider between them. Apart from the multi-window support, Google says that users on Android TV devices will be able to put apps in picture-in-picture mode, which will allow them to continue showing content while the user browses or interacts with other apps.

With notification template update, the hero image and avatar will get more emphasis while the bundled notifications will allow system group messages together. The direct reply will allow users to communicate with apps in real-time such as responding to an SMS or text message directly within the notification pane. Google says that two new APIs has been enabled to leverage system decorations for custom views in notifications. 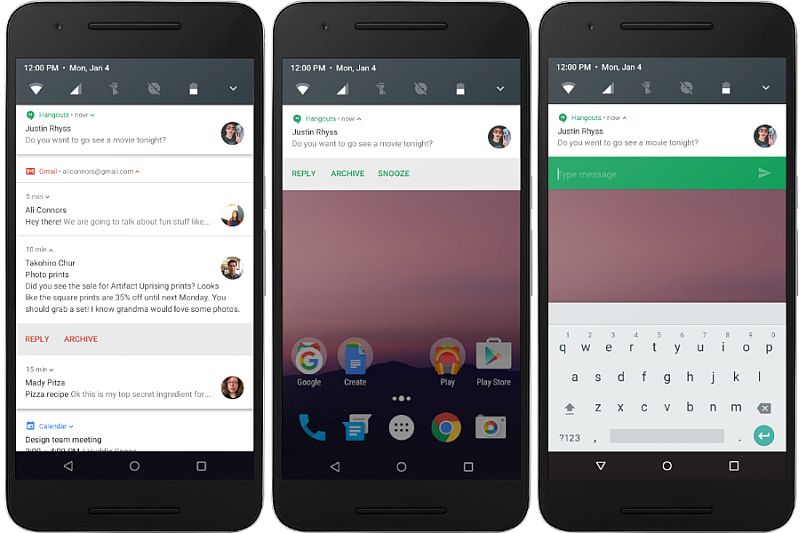 The Quick Settings panel has also received some tweaks that Google says makes it even "more useful and convenient." In Android N, more room has been added for additional Quick Settings tiles. Further, users will be able to control over what Quick Settings tiles should appear and where they are displayed. For changing the tiles, users can just move or add tiles just by dragging and dropping them.

"A short time after the screen turns off while the device is on battery, Doze restricts network access and defers jobs and syncs," adds Google. It points out that on turning the screen on or plugging in the device will bring the device out of Doze automatically.

Background optimisations
In Android N, Google's ongoing Project Svelte is focused on optimising the way apps run in the background. The new project is focused on keep a check on background processing that needlessly consume RAM (and battery) and affect system performance for other apps. 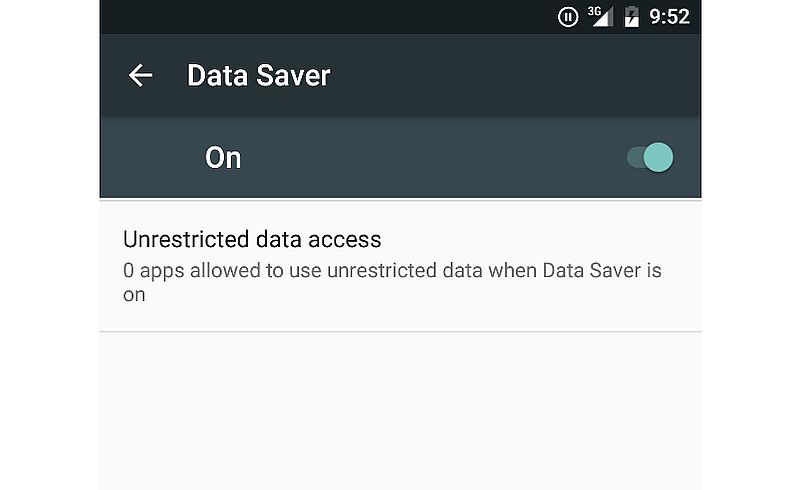 Number-blocking
One of the notable additions in Android N is native support for number-blocking in the platform. Google says that the new feature will apply to the default messaging app, the default phone app, and third-party provider apps can also read from and write to the blocked-number list. The company stresses that the list will not be accessed by other apps. With number-blocking added to Android N as native feature, developers can take advantage of the support across a wide range of devices. One of the biggest advantages of having the number-blocking feature in system is that blocked numbers will persist across resets and devices through the Backup & Restore feature. The company also introduced Call screening feature in Android N which will allow the default phone app to screen incoming calls.

Some of the accessibility enhancements introduced with Android N includes Vision Settings directly on the Welcome screen for new device setup. The new feature will make it easier for users to configure accessibility features on their devices

Direct boot
With Direct boot addition, Android N will improve device startup times and will allow registered apps to have limited functionality even after an unexpected reboot.

Google gives an example of a device which is encrypted and reboots while the user is sleeping, the feature will still make sure that the registered alarms, messages and incoming calls continue notify the user as normal.

Other new features in Android N
Some of the other changes introduced in Android N include a redesigned user interface for system Settings, which now includes a hamburger button on the left side of the screen for quickly jumping to a different option without hitting back to main menu; Android N also adds framework interfaces and platform support for OpenGL ES 3.2; new app switching feature with recent button which also doubles for split-screen option, and Night mode is now available in Android N.