Google Pixel 2, Pixel 2 XL Launch: How to Watch and What to Expect 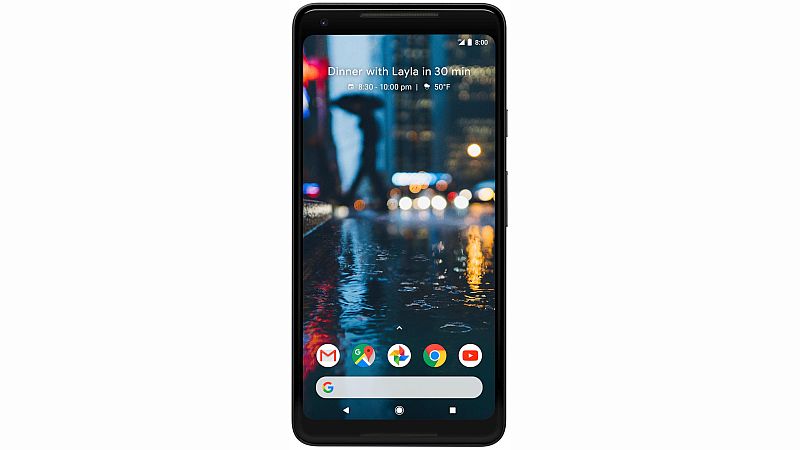 Google Pixel 2 and Pixel 2 XL launch event is set to start, heralding the launch of the second-generation Pixel smartphones. The Pixel 2 launch starts at 9:30pm IST and will be held in San Francisco, California. Over the past few months, several details of the handset have already leaked online, including the Pixel 2 price, specifications and key features. While there is still some time before we get to see the new handsets, we have decided to compile a list of all the things that you can expect from the Pixel 2 launch event, and share the information on how you can watch the event live. If you think that the California-based company is only expected to unveil the new Pixel smartphones at the event, you might be in for a surprise.

The Pixel 2 launch event will take place in San Francisco but if you don't have an invite, you don't need to be disappointed as you can watch the event live from YouTube. If you are not able to livestream the event for some reason, you need not worry as we will also be tweeting and live blogging right from the event.

Irrespective of what else is announced at the event, the centre stage will undoubtedly be taken by the new Pixel handsets from the company. As of now, most of the leaks have claimed that the search giant will be branding the second-generation smartphones as 'Pixel 2' and 'Pixel 2 XL'. There has been a steady inflow of leaks regarding the specifications on both models over the last few months.

As per the latest leaks, in terms of key differences between the Pixel 2 XL and Pixel 2, the former variant has been tipped to come with a QHD Curved Gorilla Glass 5 display with narrow bezels and support for wide colour gamut - like the LG V30 - while the latter is expected to come with similar design to last year's model and feature a full-HD display with Gorilla Glass 5 on top - like the HTC U11. The Pixel 2 XL has been tipped to house a 3520mAh battery while the Pixel 2 is expected to come with a smaller 2700mAh battery.

Putting aside the expected differences between the models, there are some specifications that have been expected to feature on both handsets. The Pixel 2 and Pixel 2 XL are expected to run Android 8.0 Oreo out-of-the-box and be powered by Snapdragon 835 processor. Both handsets have been tipped to come with IP67 dust and water resistance rating, which is a notable improvement over last year's models. The handsets have been tipped to come with Pixel Cameras with OIS at front and back, and a dedicated 'Google Imaging Chip'.

Both Pixel 2 and Pixel 2 XL are expected to be made available in two storage variants, i.e., 64GB and 128GB, and feature dual front-facing stereo speakers but ditch the 3.5mm headphone jack. The Google Pixel 2 has been said to feature the 'EdgeSense' feature, which was previously seen on HTC U11 smartphone and allows users to perform certain actions by squeezing the handset's frame from the sides. This shouldn't come as a surprise as Google recently acquired the HTC division that was working on the Pixel smartphones.

A recent report suggested that the Pixel 2 and Pixel 2 XL will come with an eSIM card slot, which allows users to connect to different networks without replacing the SIM card, much like the Apple Watch Series 3.

It has also been suggested that the second-generation Pixel smartphone customers will get unlimited Google Cloud storage until 2023. However, it is currently unclear if users will be able to add just images or all sort of files to this storage. While the Pixel 2 smartphone has been said to be developed by HTC, the Pixel 2 XL has been tipped to be made by LG.

Google launched its smart speaker named 'Home' last year and as per the recent leaks, the search giant will launch a mini variant of this speaker at the Wednesday launch event. The smart home speaker, which might remind you of Amazon Dot, has been tipped to be made available in Chalk, Charcoal, and Coral colours by Google. The Google Home Mini is said to be priced at $49 (roughly Rs. 3,200) by the company. Interestingly, a Reddit user has also indicated that Google might be giving away a free Google Home Mini speaker for those who pre-order Pixel 2 smartphones.

Google Home mini was accidentally listed on Walmart and the listing was pulled soon after, as pointed out in a report by Droid Life. As per the listing, Google Home mini weighs less than a pound and measures 4.53x4.53x4.72 inches, as per the report. Further, the company is said to start shipping the product from October 19.

While the company has been said to be working on a higher-end variant of its smart speaker, dubbed Google Home Max, with premium build quality and design as well. It was said to come with a single tweeter with dual mid-range drivers. However, there is no clear indication if the search giant will launch Google Home Max at the Wednesday event or not.

Google is expected to launch its high-end Chromebook, called the Google Pixelbook, at the Wednesday event as well. It will reportedly come with a pressure-sensitive stylus, called the Pixelbook Pen, and will be offered in three storage variants: 128GB, 256GB, and 512GB. The 128GB storage variant has been tipped to be priced at $1,199 (roughly Rs. 77,200), while the 256GB and 512GB variants are expected to be priced at $1,399 (roughly Rs. 90,000), and $1,749 (roughly Rs. 1.12 lakhs) respectively by the company. Notably, the Pixelbook is said to fold into a tablet, which differentiates it from earlier Chromebook Pixel devices.

A recent report suggested that Chromebook users might soon use some Assistant applications soon and the support might be introduced with the company's upcoming Pixelbook. An inventory page from a reseller called Synnex, which was spotted by 9To5Google, has also suggested that the Pixelbook will sport a 12.3-inch display, which is smaller than the previous Chromebook Pixel models. The portable is also said to pack Intel Core i5 chipset.

The new generation of the Google's Daydream VR headset has been leaked recently in renders. While specific details are still not available about the upcoming product, it is believed to be made available by the search giant in Charcoal, Fog, and Coral colour variants. Notably, just like the previous generation, a remote controller can be seen alongside the new generation Daydream VR headset in leaked images. The new wearable has been said to cost $99 (roughly Rs. 6,400).

The inventory page from Synnex, which has been mentioned above, has also indicated that Google might launch a new device at the event called "Google Clips" at the event as well. As the product has been categorised as a "computer accessory," it might be a wearable or even camera. There isn't enough information about this product and it would be wise to wait for Google to confirm if it even exists.