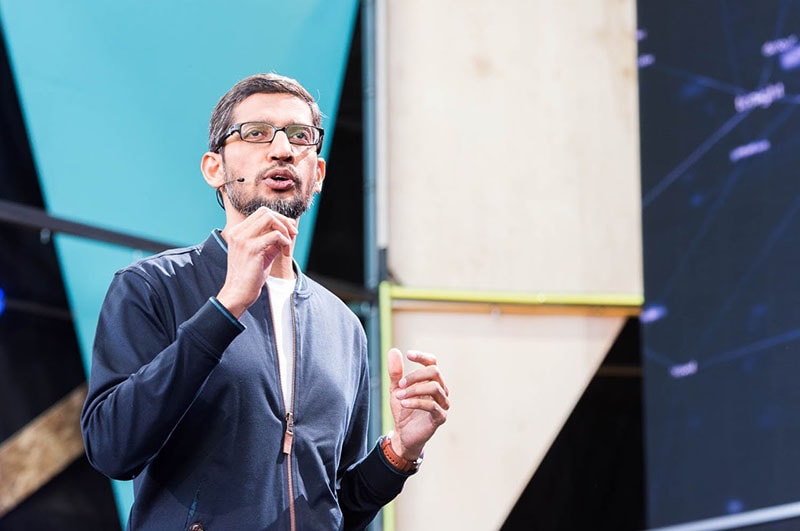 Google I/O 2017 starts on May 17 at 10AM PT/ 10:30PM IST at the Shoreline Amphitheatre in Mountain View, a short walk away from the company’s global headquarters. CEO Sundar Pichai will kick things off with a 90-minute keynote, which will be followed by a developer keynote, and several events running until Friday. Being a developer-focused conference, Google I/O 2017 will be centred on things like Android O, machine learning, and virtual reality, as opposed to the hardware side of things. Plus, you can always expect Google to spring something out of the blue. Remember Allo and Duo?

With that, let’s get into predictions for what we can expect from the Google I/O 2017 keynote.

A new version of Android is always high on the charts for I/O, and this year shouldn’t be any different. We’ve already had a look at Android O thanks to a developer preview, and we should find out more at the conference keynote.

At I/O 2017, Google could provide the official name for Android O, given the near unanimous support on the Web for ‘Oreo’, though that’s unlikely given last year’s contest strategy. But beyond what it’ll be called, here’s what we know will be inside it:

At last year’s I/O, Google gave us the Daydream VR platform, but since then, only a few devices have released with baked in support for it. On the AR front, only two phones make use of Project Tango, which can map a room, and help arrange virtual objects as it tracks the user’s movements.

But the company’s software efforts conflict with its hardware developments. It has three killer VR apps – Tiltbrush, Google Earth, and Owlchemy Labs’ Job Simulator – but none of them work on Daydream. Variety reports that Google might preview a standalone VR headset at I/O 2017 to fill that gap, which would also help combine its team’s efforts on both Daydream and Tango.

It’s possible this might not happen at all, but it would be a logical step, and one all VR enthusiasts will embrace. At the same time, it’ll be some time before it’s ready for market, given the lack of any third-party support.

Google I/O 2017 Dates, Schedule, and Rumours: What We Know So Far

The biggest announcement at I/O 2016 was Google Assistant, which showed itself to be quite competent at processing natural language queries, and keeping up with context. And now it has left Pixel phones to get onto most Nougat devices, and beyond. You can chat with it in Allo, or talk to it with Google Home.

You can be sure that the Google Assistant will get decent time at the I/O keynote. There are also reports of the Assistant getting an app for iOS, which would be a nice way for it to expand given the large number of Apple devices in the US. Though, with Apple’s restrictions, using probably won’t be as convenient as it is on Android.

Meanwhile, Google Home should get more third-party uses at the I/O 2017 keynote, to help it keep up with Alexa on Amazon’s Echo range, which went a step further earlier this month and gave a screen to Alexa on Echo Show. In addition, voice-calling should make its way to Home as well.

With growing competition from Amazon, Microsoft (Cortana speakers are on their way), and even Samsung (Bixby on Galaxy S8), it’s even more important for Google to justify to developers why the Assistant deserves its place on their table.

Although this was announced at I/O 2016 and expected to roll out later that year, Google never came through with the promise. Instant Apps let users open an app right off the bat while browsing the Internet, instead of having to jump over to the Play Store, and wait for the full download. It’s meant to help place an order on say, Zomato or Flipkart, without needing to keep the app around forever.

It hasn't worked out so far, but Instant Apps are on the Google I/O 2017 schedule, where it will likely try and pitch developers on their usefulness, and roll it out sometime this year.

Of course, there’s more to Android than just the mobile platform. Android TV, with built-in Chromecast ability, has shown what Google has in mind for the future of home entertainment. But there’s still ways to go for the platform, and the company has set aside some time on I/O 2017’s Day 1 to talk about upcoming features and enhancements.

On the Auto front, Google is working with its automobile partners – Audi, and Volvo, prime among them – to develop an even deeper integration for Android in the car, without the requirement of a phone. This includes using Android as the OS itself, which allows directly working with the vehicle’s controls, bringing Google Assistant to replace the car’s own voice assistant, and more.

Despite its best efforts, Google has struggled to get Android apps to easily work on Chrome OS, in its bid to achieve cross-platform compatibility. If done right, that would allow users to leave an app on their phone, and pick up where they left off on a Chromebook. In the meantime, both Microsoft (Continuum) and Samsung (DeX) have offered their own solutions, with limited success.

It may very well be that Google might opt for the third door, in the form of its secretive new operating system called Fuchsia. Since it’s been designed from the ground up to work across all range of devices – from embedded systems, and smartphones, to computers – Fuchsia might be the answer to the middle ground Google has chased.

And with Fuchsia leaking in a new video earlier this month, it’s entirely possible Google might talk about it at I/O 2017, though it's not too certain as of now.