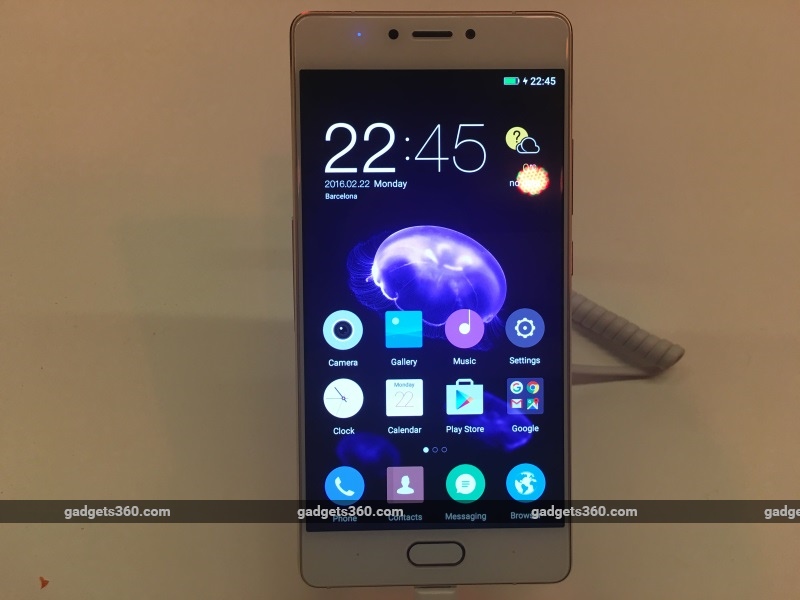 Gionee at the MWC 2016 trade show in Barcelona unveiled its new flagship smartphone, the S8, alongside a new brand identity and logo. We got to spend some time with the smartphone, and you can check out our initial impressions in the video.

The Gionee S8 features 3D Touch (yes, the same name Apple uses) pressure sensitive display, one of the biggest highlights of the smartphone, and is expected to work same as the new iPhone models. The company says that the smartphone can sense 3 levels of force including touch to select an app, tap to preview the content of an app, and press to run the app.

Another notable feature is a loop metal design, and the floating window interface. Gionee at the launch said that the smartphone comes with 'Dual WhatsApp' and 'Dual WeChat' features, which means you can have two instances of WhatsApp open at once, associated with different accounts.

The phone sports a loop metal design, measuring 7mm in thickness and weighing just 148g. There's support for Dual SIM 4G+ connectivity on a total of 14 bands, making it ideal for global roaming.

One of the highlights of the phone is its 16-megapixel camera which features a wide f/1.8 aperture, and laser autofocus as well as Phase Detection Autofocus. The revamped camera app also features text recognition along with video effects like time lapse and slow-motion.

The smartphone features a 5.5-inch Amoled display features a full-HD resolution. The S8 debuts Gionee's Amigo 3.2 interface, which is based on Android Marshmallow. The phone is powered by a MediaTek Helio P10 octa-core SoC, 4GB of RAM, and 64GB of onboard storage. It also features a fingerprint sensor in the home button.