Gionee Looks to Bounce Back in India With Regular, Timely Launches 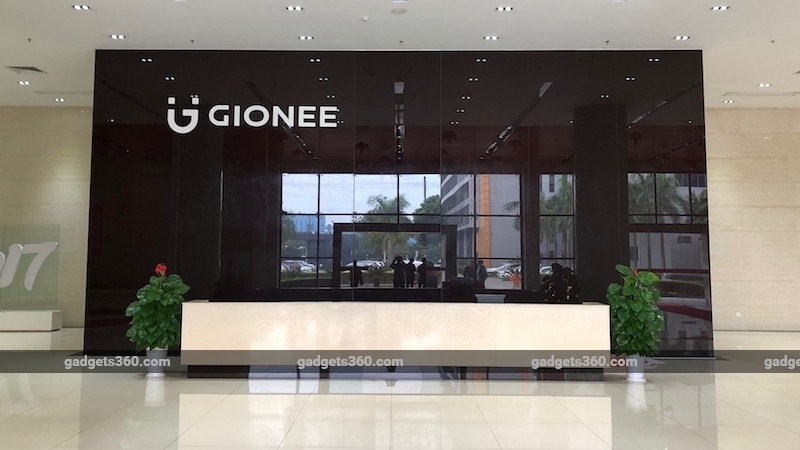 "In the short term, we are targeting to be in the top five players in the India market, and in the long term, we are targeting the top three," David Chang, Global Sales Director at Gionee, tells Gadgets 360 minutes before the company unveiled its portfolio of FullView smartphones at the Winter 2017 launch event in Shenzhen, China on Sunday.

When pressed to put more specific time frames to those targets, Chang, who recently replaced long-term Gionee India Managing Director Arvind R Vohra as the head of the India operations, says that the short term deadline is March 2018, while the company aims to achieve its long term goal by September 2018.

Those are ambitious targets for a company that's been struggling to cope with the onslaught of its fellow Chinese brands. Gionee was the amongst the first Chinese manufacturer to makes it way to the Indian market, and it managed to carve a decent space for itself thanks largely to the strength of the offline distribution and retail network that it built up pretty quickly. At its peak, the company reached 5 percent marketshare in Q4 2016 when it was ranked the seventh biggest smartphone manufacturer by shipments, according to Counterpoint Research. By the last quarter (Q3 2017), however, the company's marketshare had shrunk down to 2 percent.

"Gionee showcases a good product portfolio by focusing on two key specifications, the front facing camera for selfie lovers and a larger battery for power users," Counterpoint's Shobhit Srivastava said. "It faces tough competition from its Chinese counterparts as they spend heavily on marketing their products with endorsements and advertisements."

The success of the likes of Xiaomi, Oppo, and Vivo has been there for everyone to see and we asked Chang if Gionee - which has largely stuck to the offline-first strategy even as a large chunk of the smartphone market has moved online - can learn any lessons from its counterparts, but he largely tip-toes around the subject. He describes the trio as "respected" Chinese companies that are doing "good" in the India market, adding that Gionee would also like to succeed in the "very high potential market" that is India.

How Indian Smartphone Makers Lost the War Against Chinese Companies

Chang says the company aims to do that by letting the products speak for themselves. "Going forward we aim to bring our full product portfolio to India, covering the high-end, the mid-range, and the low-end, but our focus will be on the mid-range," Chang says, speaking with the help of a translator. "Our brand proposition so far has been about super-selfies and super-battery [life], and moving forward, we will continue with that. Most importantly, though, we will bring our latest and most advanced products to India the same time as China and other global markets."

We've seen Gionee walk that talk already, having launched the Gionee M7 Power - one of the eight FullView devices that the company showcased at the Shenzhen event on Sunday - in India earlier this month. Priced at Rs. 16,999 and with a 5000mAh battery, on paper, the phone is in line with the mid-level, selfie- and/ or battery-focussed devices that the company believes are a good fit for the Indian market. Gionee will be hoping the M7 Power can build on the success of the Gionee A1 and the Gionee X1, which, Chang reveals, have been among its best-selling products this year.

"In Q2 2017 Gionee's A1 took up the third position in smartphone shipments in the fastest growing retail price segment of Rs. 15,000 to Rs. 20,000," Counterpoint's Srivastava confirms.

The new Gionee S11 will also launch in India soon, and you can expect Gionee to be a lot more active in the India market, launching products priced between Rs. 8,000 and Rs. 25,000, Chang reveals. While millennials might be the rage for most brands across the world, Chang says that in India the company's target customer is a working professional that's male and 40-years-old, which makes you wonder if it's a realisation that the company has already lost the younger audience to brands like Xiaomi, Lenovo, and Motorola. Whether that strategy is good enough to help the company meet its ambitious targets, only time will tell.

Disclosure: Gionee sponsored the correspondent's flights and hotel for the launch event in Shenzhen.