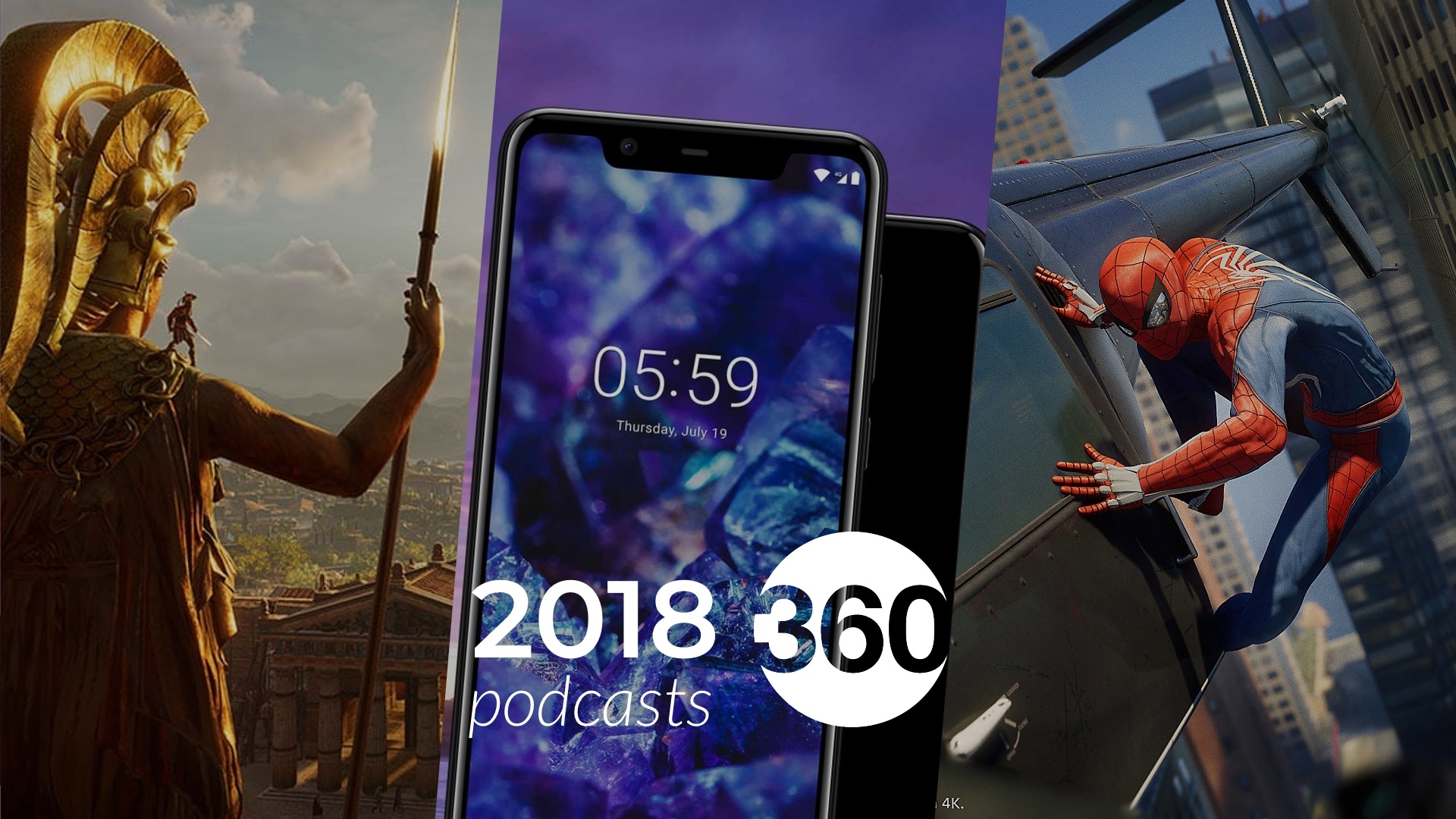 We've been making podcasts since 2016 and have now reached a stage where our podcasts are gaining some serious traction. 2018 was the year when our numbers shot up and several one-time listeners turned into dedicated subscribers. We know this because when we goofed up, you let us know every single time. There were episodes with minor technical errors and some where you agreed or disagreed strongly with our opinions, you wrote to us. As we approach the end of the year, we decided to look at our most popular podcast episodes and compile them in a list — one episode of Orbital and Transition.

Here are our most popular podcasts of 2018.

#10 - Orbital Podcast Listeners' Special — All Your Smartphone Buying Queries Answered
We asked you to share your smartphone related queries over social media and did our best to answer as many of them as possible on this special episode. The episode was fun to record and some questions prompted serious debates in the Gadgets 360 team. We really should do these kinds of episodes more often — perhaps in 2019 that will happen.

#9 - Will PUBG Replace Counter-Strike: Global Offensive in India?
Whenever we try to make any tech or gaming related predictions, we know there's a big chance that we're wrong. However, sometimes our predictions end up becoming true. This episode of Transition was one such instance. PUBG Mobile has become more popular than CS:GO in India, which may or may not have affected productivity in the Gadgets 360 office.

#8 - Will Jio Phone 2 Help WhatsApp, YouTube Reach the Next Billion Users in India?
We mostly talk about smartphones on Orbital, which is why we jumped at the opportunity to talk about an exciting 4G feature phone in India. As with most episodes of Orbital, there was a healthy dose of scepticism in this one. Jio Phone 2 getting WhatsApp and YouTube was big news for India and it reinforced our belief that both Facebook and YouTube won't let slip any chance to reach more Internet users in India.

#7 - Is Spider-Man on PS4 Even Better Than God of War?
This is one of our favourite episodes because we got to talk less about games and more about actual Spider-Man lore. We brought in Rohan Joshi, who is a massive Spider-Man comic nerd and someone who told us so many things we did not know about everyone's favourite friendly neighbourhood superhero. Then our games editor Rishi Alwani took us down memory lane when a Spider-Man game was made in India. Yes, it really happened.

#6 - With Redmi Note 5 and Mi TV 4, Is the Xiaomi Ecosystem Ready for India?
Xiaomi's ecosystem play in India began taking shape in 2017 but 2018 was the year when the company went all in. With the launch of the Mi TV lineup of televisions, Xiaomi brought in a product category that's very popular in India. Its TVs were priced aggressively and gave existing TV brands stiff competition. We discussed all this in an exceptionally popular episode of Orbital.

#5 - Microsoft May Have Won E3 2018 but the Best Games are on PS4 and Switch
E3 2018 was a crazy event to cover with a few of our staff members burning the midnight oil in order to put out over 100 stories around the most popular gaming expo in the world. As usual, Microsoft's power-packed event had us impressed but the podcast is where we pointed out why having the best E3 event is not the same as having the best platform for gaming.

#4 - Is Nokia 5.1 Plus Better Than Zenfone Max Pro M1, Redmi 6 Pro, Realme 1?
The Redmi 6 Pro is one of the most popular smartphones of 2018, but it faced serious competition from several others, and the Nokia 5.1 Plus was particularly impressive among these. With stock Android, a guarantee of quick updates, a powerful processor and good battery life, Nokia 5.1 Plus turned out to be a solid phone that gave the Redmi 6 Pro a run for the money. On this episode we highlight that and how Xiaomi phones no longer offer the best value for money in most price segments.

#3 - Is Assassin's Creed Odyssey the New Witcher 3?
One episode that got us some polarising reactions was the one where we spoke about Assassin's Creed Odyssey. Sure, we loved the game but we said the game's transition to the role-playing genre reminded us very strongly of Witcher 3, which elicited strong reactions from our listeners — both positive and negative. Either way, it was one of our best performing episodes and we were quite pleased to hear from our listeners as well.

#2 - iPhone XS, XS Max, or XR: Which iPhone Should Indians Buy?
Apple's strategy in India has been far from ideal, as we have observed particularly in 2018. With sky-high prices for new iPhones and no signs of the company managing to boost sales of its products, all is not well for Apple in India. This is the episode where we bring these issues to light. We had a lot of fun laughing at our predictions from the previous episode, and you can hear our surprise at getting some things right too. It's one of our most popular episodes and one we're proud of having been able to create — a rare combination in our line of work.

#1 - The Few Pros and Many Cons of Buying an Xbox One in India
Yes, our most popular episode of Transition was one where we spoke about Xbox One and what it means to buy the console in India. Make no mistake, all three people on the podcast are big fans of the Xbox One but there are plenty of reasons not to buy the console in India. Quite a few games don't show up on the Xbox India store, Microsoft's pricing strategy here leaves a lot to be desired, and not to forget the ridiculous patch download sizes on Xbox One. We enjoyed creating this episode and clearly, you loved it too.

Which is your favourite episode of Orbital and Transition? Let us know via the comments.