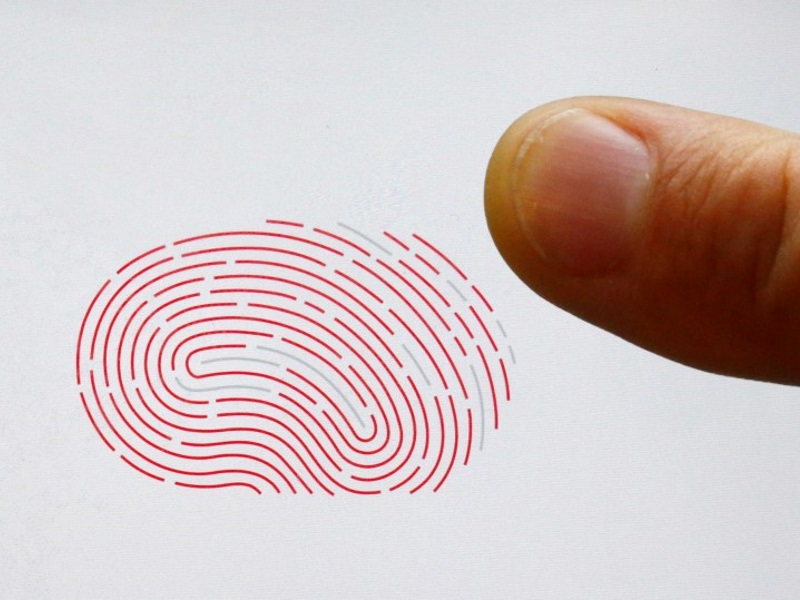 A tap of a finger could soon suffice to identify credit card shoppers and rail commuters, offering areas of new business for specialist companies which have benefited from the use of such technology in smartphones.

Sweden's Fingerprint Cards (FPC) sees biometric smart cards those using fingerprint identification becoming its fastest growing market as early as 2018, having already become the market leader in a crowded sector for supplying such sensors for smartphones.

Others within the industry are not convinced the smart card business will take off so quickly, prompting questions about whether FPC can maintain its runaway rise in valuation.

FPC's share price surged around 1,600 percent last year as demand for fingerprint sensors in phones soared after Apple, which uses its own in-house supplier, helped to popularise the technology. FPC now has a market value of around $4.1 billion (roughly Rs. 27,302 crores).

Advocates say the technology offers greater security and simplicity when compared to techniques such as using pin codes to confirm identification.

The fingerprint sensor business has a handful of companies supplying significant volumes today, with an equal number planning to enter the market. Three are based in the Nordic region where technology companies have thrived.

Needing to maintain its momentum, FPC says it is in initial talks with potential big customers for smart cards. It declines to name names at this stage.

"Our ambition for smart cards, and all other segments, is that we shall continue to be number one," FPC's Chief Executive Jorgen Lantto told Reuters.

Silicon Valley firm Synaptics, the closest rival to FPC in sensors for smartphones, is more cautious on new markets.

"It's hard for me to project market share in a segment of the market (when) we're not sure when it's going to happen," said Anthony Gioeli, vice president of marketing in the biometrics division of Synaptics.

Sascha Behlendorf, a card systems product manager at Germany's Giesecke & Devrient, one of the top three smart card makers, expects widespread adoption of biometrics in smart cards could take some five to 10 years.

Range of uses
Gothenburg-based FPC has been around for almost two decades, building a technology business based on an old Swedish fingerprinting patent. That left it well placed when the market expanded and it has also benefited by hiring staff from Nokia and Ericsson as their mobile phone businesses declined.

Analysts say expectations for new markets have helped to underpin the huge leap in valuation for FPC.

However, Carnegie analyst Havard Nilsson this week cut his recommendation for FPC to "sell" from "hold", citing what he called unwarranted share price appreciation and repeated his target price of 450 crowns. The shares traded at 524 crowns on Thursday.

"Given that smartphones should constitute 60-70 percent of the global addressable market (in 2020), we do not believe new verticals, such as smart cards, will be able to compensate for competitive pressure in consumer electronics," Nilsson wrote.

Beyond payments, biometric smart cards could be used to allow access to buildings and IT-systems, according to FPC. Keyless entry to cars is another potential major market, as are wearable products such as watches or wristbands serving as a substitute identity card. FPC includes such applications in its forecasts for "other segments" of business.

FPC sees a total addressable market for this part of its business of roughly 100 million sensors in 2017 and around 500 million in 2018. It is the only player so far to make specific forecasts for these new markets.

"We talk to a lot of players and companies come to us. There is substance behind our numbers," Lantto said, adding that FPC has held talks with a handful of big potential smart card clients since last autumn.

Most suppliers of fingerprint sensors, including FPC, use 3D imaging technology for recognition of a fingerprint, while Next Biometrics in Norway uses heat sensing technology.

IDEX, which last summer entered a partnership with an unnamed global payments company for biometric applications, is integrating its sensors into smart cards with partners and expects shipments to start towards the end of this year, Knudtzon said.