Can You Trust the Lithium-Ion Battery in Your Pocket? 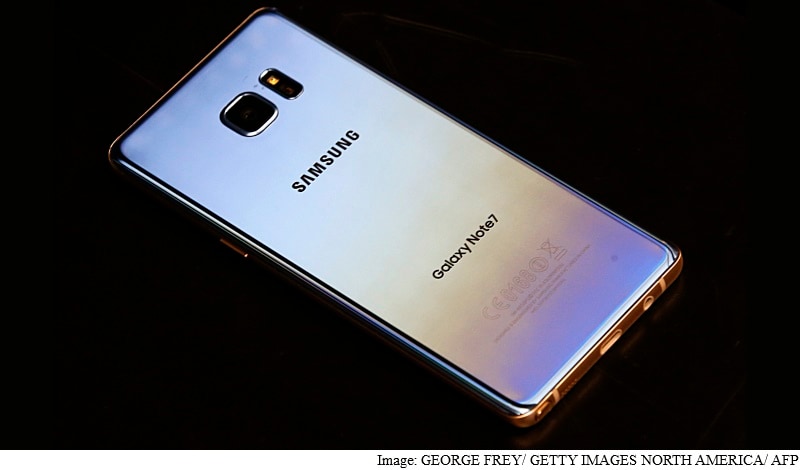 US safety regulators on Thursday ordered a nationwide recall of the new Samsung Galaxy Note 7 smartphone, two weeks after reports first emerged that the popular device's lithium-ion batteries were prone to catching fire and raising fresh doubts about the power sources tucked inside almost all smartphones, laptops and electric vehicles.

The mandatory recall, which makes it illegal to continue selling the $900 (Rs. 59,900 in India) phone, deals a major blow to one of the world's largest smartphone makers and leaves consumers who bought one of the 1 million Galaxy Note 7s sold in the United States with a device they are advised to stop using immediately.

Samsung said it has received 92 reports of the phone's batteries overheating in the United States since the device was released August 19, including 26 cases of burns and 55 cases of fire damage to property such as cars and garages.

The Consumer Product Safety Commission's action follows Samsung's own attempt to conduct a voluntary recall. The Korean technology company announced September 2 that consumers could trade in their Galaxy Note 7s for new phones. That program was to begin next week.

But safety regulators felt that was not enough.

Describing the phones as "a very serious fire hazard," commission chairman Elliot Kaye told reporters Thursday that company-initiated recalls are less successful in removing a product from the marketplace.

(Also see:  Samsung Is Sending Mixed Signals About What to Do With the Galaxy Note 7)

Mobile analytics firm Apteligent noted that almost two weeks after Samsung's voluntary recall began, most owners of the phone continued to use it, although new sales dropped off.

Reports of the phones catching fire began just days after the first sales of a product adored by many critics for its performance, including a large edge-to-edge screen. The new Samsung phone was cast as a challenger to rival Apple's new iPhone 7, which went on sale last Friday.

Even before the national recall, airline authorities in the United States and Europe worried about fire risk urged passengers not to use or charge the Galaxy Note 7 on flights. Passengers also were told to not store the phone in checked baggage.

That guidance was reiterated Thursday, with additional warnings to disable any application that could inadvertently activate the phone, such as the alarm clock feature.

"Anyone who chooses to travel with a recalled device must take precautions to ensure its safe handling," US Transportation Secretary Anthony Foxx said in a statement.

Samsung, which said it has shipped 2.5 million of the Galaxy Note 7s worldwide, blamed the overheating problem on a small flaw in the phone's pouch-style batteries. Rechargeable lithium-ion batteries are favoured by technology companies because they pack considerable power density in a small space. Samsung had touted that its Galaxy Note 7's battery was capable of an impressive nine hours of power between charges.

But the batteries are known to be prone to thermal runaway - when heat from one failing battery cell spreads to other cells, causing even more overheating.

Earlier this year, 500,000 hoverboards and self-balancing scooters were recalled after months of reports of battery fires.

And the Federal Aviation Administration briefly grounded the entire fleet of Boeing 787 passenger jets after two battery-related fires aboard planes in 2013. The batteries in the plane's auxiliary power units overheated. That problem was fixed. The planes resumed flying.

Battery-related recalls happen so often that most gain little notice.

Other such recalls illustrate just how many devices have these batteries.

In 2014, BRP recalled some of its heated ski gloves because the batteries were a fire hazard. A Ryobi cordless tool battery pack was recalled in 2013. And the GeoManGear bicycle lights were recalled in 2011.

On YouTube, videos of customers unboxing their new Galaxy Note 7 have been displaced by videos of cars that caught fire allegedly from the overheated phones.

With the Samsung recall, phone owners have two options: exchange their affected Note 7 phone for a new phone or get a refund.

(Also see:  'Samsung Galaxy Note 7 May Go Down as the Worst Smartphone Ever')

The US recall is in conjunction with the governments in Mexico and Canada. The recall comes during a year of otherwise good news for Samsung.

Earlier this year, the Note 7's predecessor, the Note 5, was the top-rated phone on the American Consumer Satisfaction Index.

Sales of the Samsung Galaxy S7 and S7 Edge helped push the company to its highest profit in two years, after several quarters of slowing growth in the smartphone market. That put Samsung in a good position against Apple, which some pundits have seen as losing ground in the innovation realm against the firm it once accused of copying its designs.

In the past week, Samsung's stock has fallen almost 7 percent.